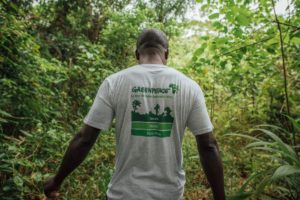 In an action brought by civil society before the conseil d’Etat, the minister is already being pursued for having approved the illegal transfer a year ago of nearly two million hectares of concessions to two Chinese companies. Now Greenpeace Africa has discovered that in June 2020 the minister had illegally awarded four concessions, covering 777,639 hectares, to a Congolese company.

According to its website, Groupe Services has no experience in logging and claims to be “a national leader in ordinary cleaning,” its CEO André Boluka Bomoh Lokolo is a former shareholder of Société Kiroise de Bois (SOKIBOIS). The director of the “agriculture and forestry development department” of the firm is Louison Ngwo Ekolonga, a former provincial Environment minister of the Bandundu province.

The award of the four contracts is a violation of the moratorium instituted in 2002 on the award of new industrial logging concessions. In addition, they exceed by more than 400,000 hectares the legal limit attributable by ministerial signature and by more than 200,000 hectares the limit of forests attributable “to the same person, together or separately.”

Two weeks after signing the illegal contracts, Claude Nyamugabo was the guest of honor at the 16th meeting of the Board of Directors of the Central African Forest Initiative (CAFI), a cohort of donors led by Norway, which has sunk more than 150 million euros in the “reform” of the forestry sector since 2016. These friends of the Congo asked their guests to “share his vision.” He retailed them “his commitment to reconcile the objectives of development and preservation of forests while ensuring that this sector contributes to the country’s economy.” 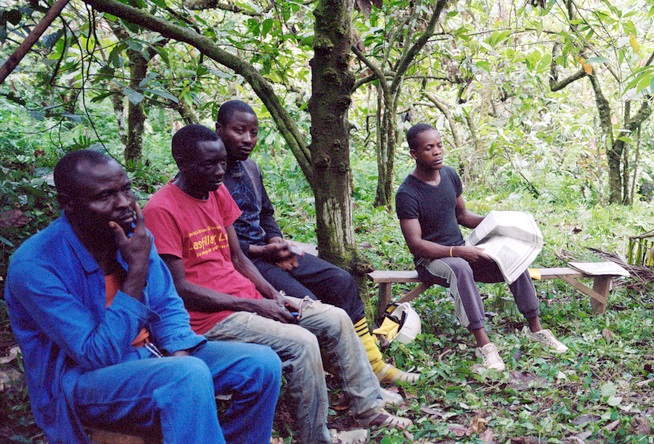 In his June 2, 2020 order seizing the concessions to be handed over to Mr. Boluka, the minister used a CAFI demand as a pretext. The CAFI letter of intent signed with DRC in 2016 stipulates

that any concession lacking an approved management plan “or at least [one] officially submitted for approval” must be returned to the State no later than January 1, 2019.

“President Félix Tshisekedi should be vigilant in the forming  of a new government. Decisions must be meticulous and reserved only for people who will truly serve the national interest.”

The discovery of these secret contracts comes after the announcement on January 29 by the Minister of Hydrocarbons of a plan to auction nineteen oil blocks across the country. On January 11, Félix Tshisekedi presented himself as a great defender of the environment in a video conference address to the One Planet summit in Paris.