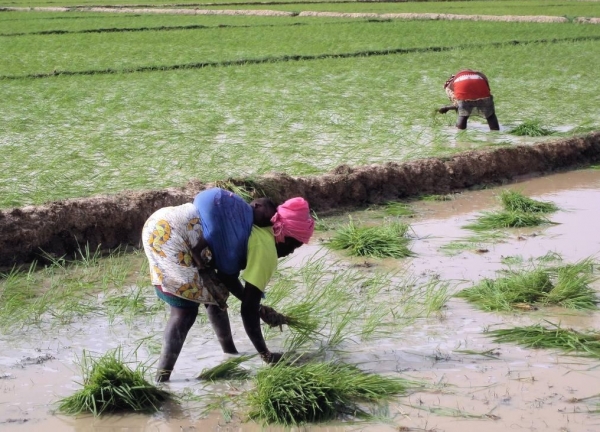 Civil society organisations from the SADC region, and around the world have condemned the SADC draft Protocol for the Protection of New Varieties of Plants (Plant Breeders’ Rights) as spelling disaster for small farmers and food security in the region.

These groups, representing millions of farmers in Africa and around the world have submitted their concerns to the SADC Secretariat. They are calling for the rejection of the Protocol and urgent consultations with farmers, farmer movements and civil society before it’s too late.

According to the groups, the Protocol is inflexible, restrictive and imposes a “one-size-fits-all” plant variety protection (PVP) system on all SADC countries irrespective of the nature of agricultural systems, social and economic development. It is modelled after the 1991 International Convention for the Protection of New Varieties of Plants (UPOV 1991), an instrument which was developed by industrialized countries to address their own needs.

Moses Shaha, regional chairman for the East and Southern African small-scale Farmers’ Forum (ESAFF) said: “The proposed legislation gives big-business breeders significant rights, but in doing so, disregards and marginalizes small farmers and their plant varieties. It fails to recognize that small-scale farmers and their customary practices of freely exchanging and re-using seed for multiple purposes, constitute the backbone of SADC’s agricultural farming systems.”

About half of SADC members are Least Developed Countries (LDCs) and are not currently under any international obligation to put in place any such PVP system. Indeed, the majority of SADC members have limited or no experience with PVP systems, or the impact these systems will have on food security, farmers, farming systems and livelihoods in the region.

According to Elizabeth Mpofu, a small farmer from Zimbabwe: “Small farmers in Africa play a vital role in keeping food costs down, and contribute immensely to the development of locally appropriate and adapted seeds, and to the diversity of crops. Any PVP system that fails to support and promote these farmer managed systems, and instead adversely impacts on them, is clearly a recipe for disaster for the region’s farmers.”

Like UPOV 1991, the Protocol is severely lacking in flexibilities to allow vulnerable states to address their particular socio-economic problems. The Protocol imposes a “one grant system” whereby the SADC Plant Breeders’ Rights Office will have the full authority to grant and administer breeders’ rights on behalf of all SADC members.

“This top-down approach effectively undermines the rights of SADC member states to take any decision related to the protected plant varieties; decisions that are at the very core of national socio-economic development and poverty reduction strategies. The Protocol also does not contain concrete measures to prevent misappropriation of plant genetic resources and does not live up to international commitments of the majority of SADC members to promote the sustainable use of plant genetic resources and plant breeding with the participation of farmers” pointed out Andrew Mushita, of the Community Trust for Development and Technology, in Zimbabwe.

“The whole rationale and underlying premise for the Protocol is unknown to us because we, as civil society, have been locked out of the process. What specific consultations have taken place, and with whom? What data and impact assessments have guided the development of the Protocol?” asks Mariam Mayet, of the African Centre for Biosafety.

The submission can be downloaded at www.acbio.org.za.