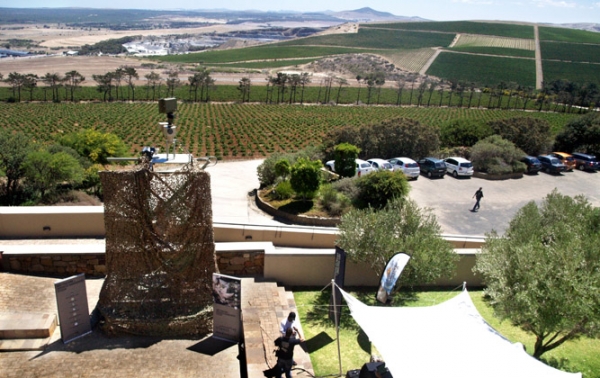 The latest hope for saving South Africa’s rhinos from poachers is state-of-the-art United States military surveillance equipment used in the wars waged in Afghanistan and Iraq.

The same military radar technology used to detect enemies in war zones and illegal immigrants along the southern border of the USA has been brought to South Africa to monitor reserves and stop poachers long before they get to their wildlife targets.

Diceros, a partnership between security design company Stone Holdings, and wildlife monitoring organisation Wildlife ACT, is the first company to offer the technology commercially as a weapon against rhino and other wildlife poaching.

Diceros demonstrated the equipment at a launch at Durbanville Wine Estate near Cape Town yesterday.

The surveillance equipment includes radar tracking cameras that can detect movement over a 24km radius, thermal (heat-sensing) cameras, and communication detectors that can pick up a wide range signals from cell phones, satellite phones, and VHF (hand-held) radios.

The radar trackers can be mounted on fixed towers to cover the widest possible area of a reserve, and can also be made mobile — mounted onto ground vehicles, or unmanned arial vehicles.

Additional technology, such as underground sensors and fence disturbance sensors which detect vibrations and sound, can be used to augment the camera surveillance. 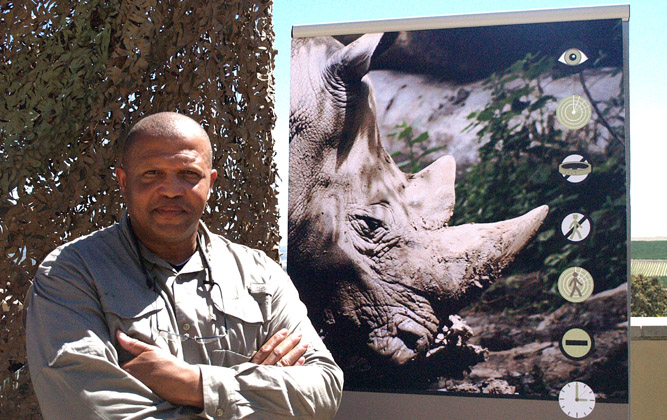 Leslie Steenkamp, Diceros director, has described the system as a “first line of defence” against intruders, to prevent their getting anywhere near their prey to do them harm:

“This military standard equipment does not allow anyone, whether on foot, in any vehicle or even by air, undetected entry into the protected area.”

Thus the technology could be a sophisticated tool to help reserve managers guard the perimeters of their properties from any unauthorised access. It would also make it much more difficult for unauthorised persons who may already have accessed the property e.g. posing as guests or personnel, to avoid detection. 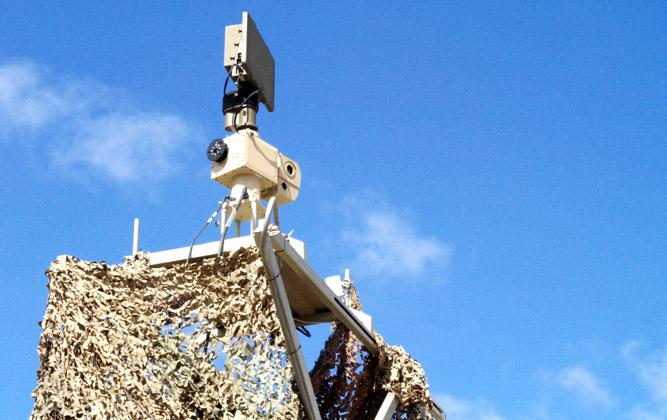 Other wildlife could also benefit

The main focus is currently on the rhino crisis, but other valuable wildlife – bush meat targets such as wild dog, and abalone poaching off the Cape coast were mentioned repeatedly by attendees at the launch yesterday – could also benefit.

And not only wildlife would benefit from the new technology: anti-poaching foot patrols could receive detailed advance warning about poachers’ location and weaponry, down to the type of guns being carried. Anti-poaching units could respond in a more specific, directed manner in response to intelligence from the surveillance system, saving on time and resources, and lowering the risks of this dangerous work. 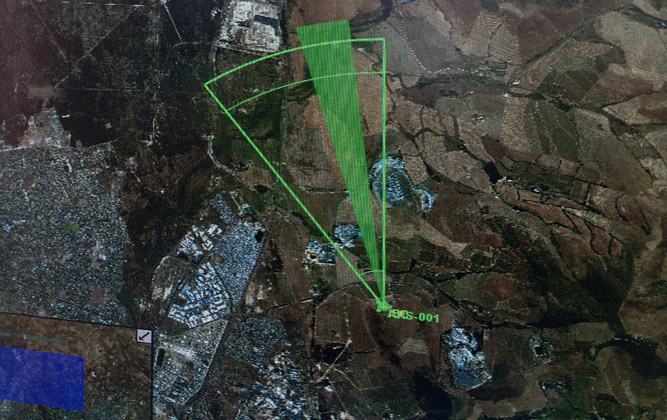 The technology comes at a price – Diceros gives “anything between R 4million and R10-12 million” as a rough estimate, depending on the number of radar units and additional equipment employed.

The use of surveillance technology may well reduce costs (and wildlfe losses) in the long run, especially given that other methods, such as fencing the perimeters of reserves, can be even more expensive and are not proving effective.

Again taking the example of the Kruger Park, it would cost R250 million to repair just the section of perimeter fencing that runs along the Mozambique border.

Durbanville Hills Wine Estate hosts a demonstration of US military radar detection equipment that may be vital in the fight against rhino poaching in South Africa. Source: Getaway Blog