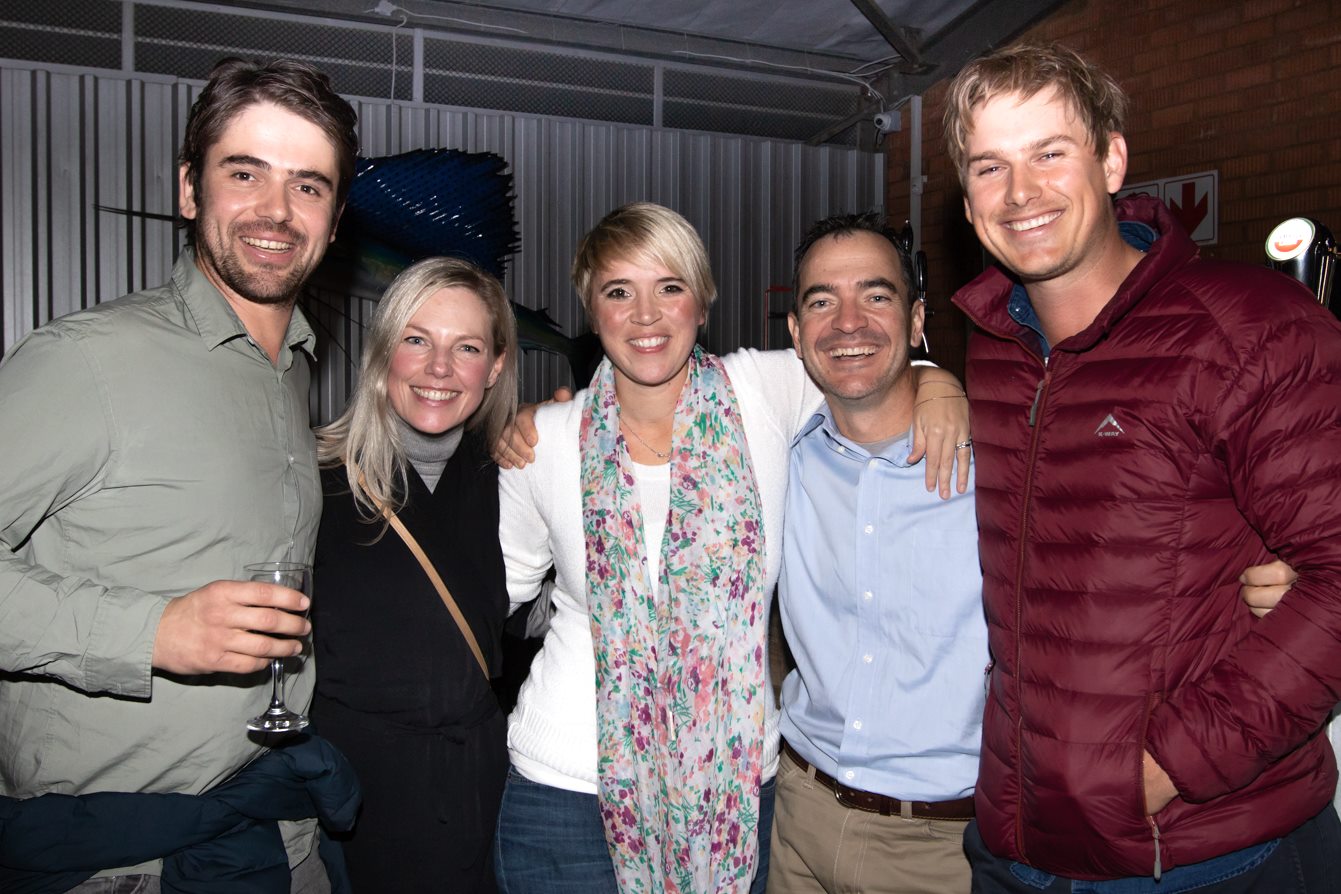 Now in its second year, the Congress inspired discussion driven by natural resource conservation within the African context while promoting a growing awareness of the natural environment and the need for its protection.

Grindrod Bank and the WILDTRUST were a big part of the supporting organisations ensuring the congress’ success.

Lauren van Nijkerk, Deputy Director of Marketing for the WILDTRUST said they have a soft spot for NEWF considering the team were introduced to Off The Fence (production company) at the 2017 congress, and are now working with them on a very exciting documentary series called Our Oceans set to be released next year.

“The congress this year was bigger and better and the variety of environmental and wildlife content, as well as story ‘opportunity’ that was presented to the delegates, was phenomenal. The energy and the passion in the room each day was electric – and I definitely feel inspired to go forth and tell some more stories through film,” said van Nijkerk.

Last year the WILDTRUST awarded aspiring filmmaker Fidel Tshivhasa with R50 000 to produce his film “Seeking Giants” essentially a story about the humpback whale migration that takes place along the KZN coastline and how he, a young man from Limpopo, came to be inspired by these gentle giants. Through its Wild Oceans’ programme the WILDTRUST also provided some of the resources necessary to add context to Fidels’ story.

Speaking at the screening of Tshivhasa’s film, van Nijkerk said she was pleasantly surprised as his rough cuts, which he sent onto her for comment, were far from ready to be screened. But just like she saw his potential as a judge of the N.E.W Pitch at the 2017 NEWF congress, his ability and talent shone through in his final piece of work. He is extremely talented, and she believes he will be on a panel, up on the NEWF stage at a congress very soon. 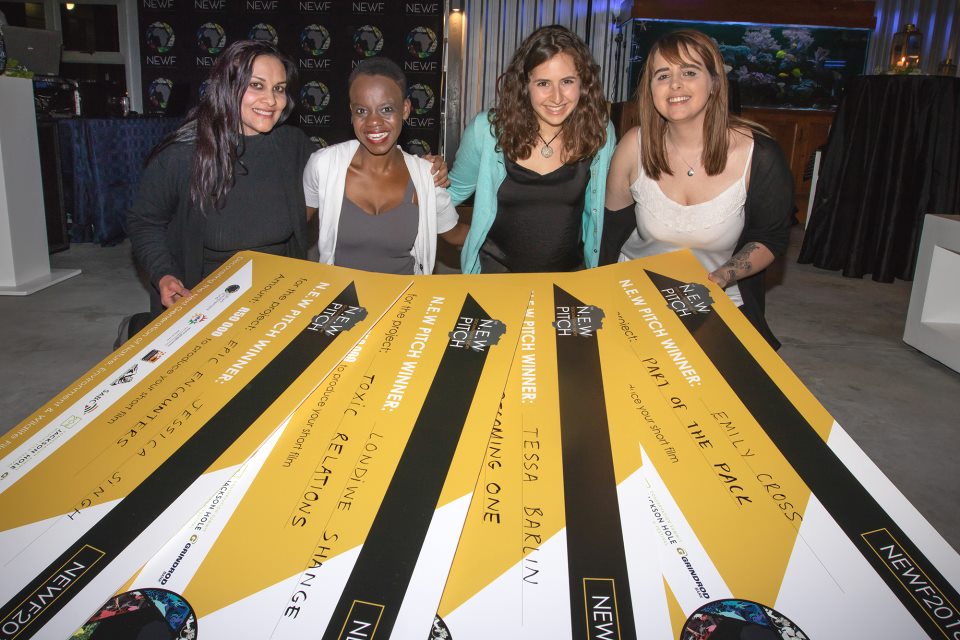 This year’s N.E.W Pitch winners. Left to right: Jessica Singh for her film “Epic Encounters”, Londiwe Shange for “Toxic Relations”, Tessa Barlin for “Becoming One” and Emily Cross for “Part of the Pack”. Each were awarded R50 000 to develop their pitches and produce their documentary shorts.

After the great response to his film, Tshivhasa said the feedback was great in that everyone appreciated the effort that was made from a cinematic perspective. The response also reinforced the idea behind the decision to show the film’s outcome as it was, in that it showcased the reality of how difficult it is to see and film the whales.

“The aftermath of the film was the beginning of what I would like to see a feature coming out of. Most probably doing more work that features the scientific work that goes into the field as well, among other things. I was approached by Dustin Renwick from National Geographic to contact them should I need to take it further for development into a feature, which is great. Thando Shozi, of the SABC, would also like to facilitate that process so that they can have buy-in to the proposal as well,” said Tshivhasa.

Grindrod Bank, a long-time supporter of the WILDTRUST, is sensitive to environmental issues.

Sarah Freestone, Grindrod Bank’s Marketing Manager, was part of the judging panel for the N.E.W Pitch, an initiative targeted towards emerging, young filmmakers. Out of the nine semi-finalists chosen this year, four talented aspiring documentary filmmakers were selected, each being awarded R50 000 to develop their pitches and produce their documentary shorts. 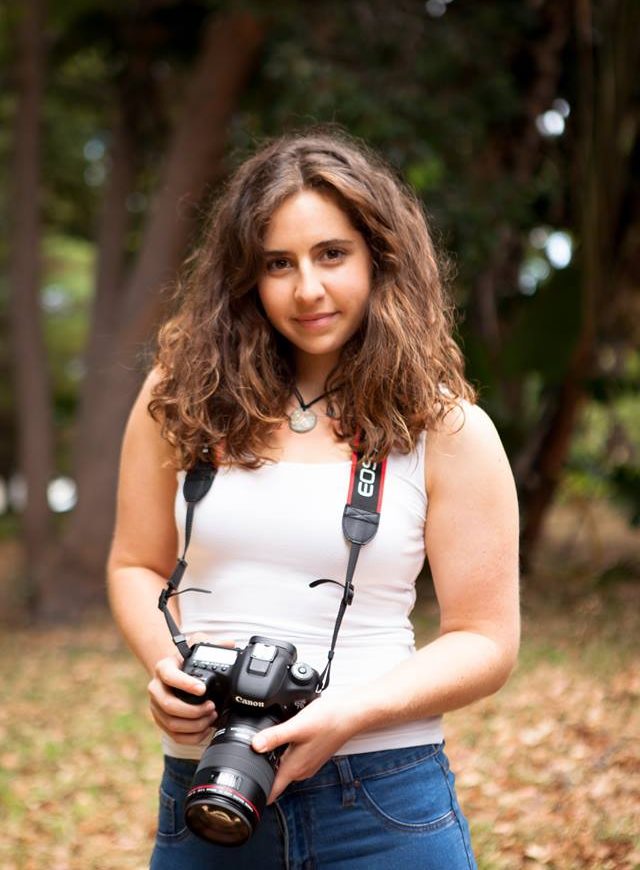 “As a co-sponsor, Grindrod Bank recognises the value and potential effect that film can have not only on the lives of young upcoming filmmakers and the local documentary industry, but also make a real and lasting impact on conservation efforts,” said Freestone.

While the judging panel were given specific criteria for evaluating the short documentary pitches, Freestone said that it was the passion of each pitch that stood out amongst those selected.

This year’s N.E.W Pitch winners are Tessa Barlin for her film “Becoming One”, Emily Cross for “Part of the Pack”, Londiwe Shange for “Toxic Relations” and lastly Jessica Singh for her film “Epic Encounters”.

The four winners will have access to mentorship during the production of their shorts.  The films need to be completed within a year, and the four films will be combined into a once-off 48-minute TV documentary, which will be broadcast on national television.

“We’re excited about young peoples’ passion for conservation and using that passion to tell stories about people engaging with the environment. At Grindrod Bank we believe in the power of human capital, and this can only be done when you follow your passions,” concluded Freestone.