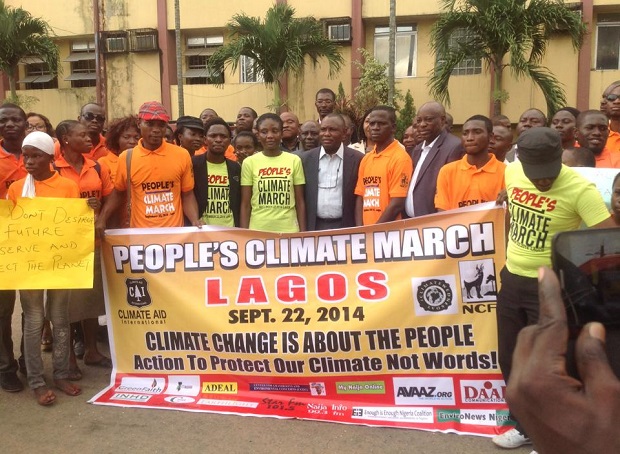 Climate Change is a matter of justice. The world’s most vulnerable people have done the least to cause global warming and yet they are suffering most from its devastating efforts.

Climate Change threatens to undermine progress on fighting poverty and hunger. It is still possible to make a difference but we have to act quickly.

The momentum to galvanize positive actions to address the menace of the impacts of climate change came to a crescendo in Lagos, Nigeria as people from all corners of the globe hit the streets in New York City. Even the Secretary General of the United Nations marched in solidarity with the people.

Making this a reality and the passion for a safer environment, I stand in solidarity with the people to demonstrate that the voice of most people on the street far supersedes the voice of the people in governments and corporations.

The damage done already by the impacts of climate change to the poorest and most marginalised peoples of the world cannot continue to go unmitigated. World Leaders must stand up to their true calling and stop playing games with the people’s future. 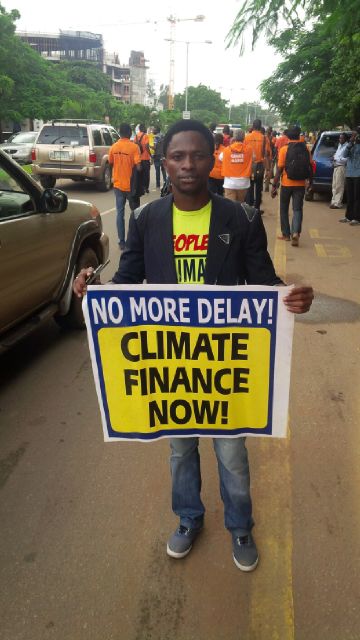 We can not fold our arms as science has demonstrated that temperatures may well be heading towards 5 degrees Celsius, a condition which would destabilize our world.

My #Call4Climate was to march, to ensure the future and health of our planet, to secure our future and the future of generations yet unborn, to say no to corporate takeover of climate policy space.

“The interest, concerns and voice of the people must prevail! Arise! March On! Let the collective will of the people rule the day!” Titilope Akosa 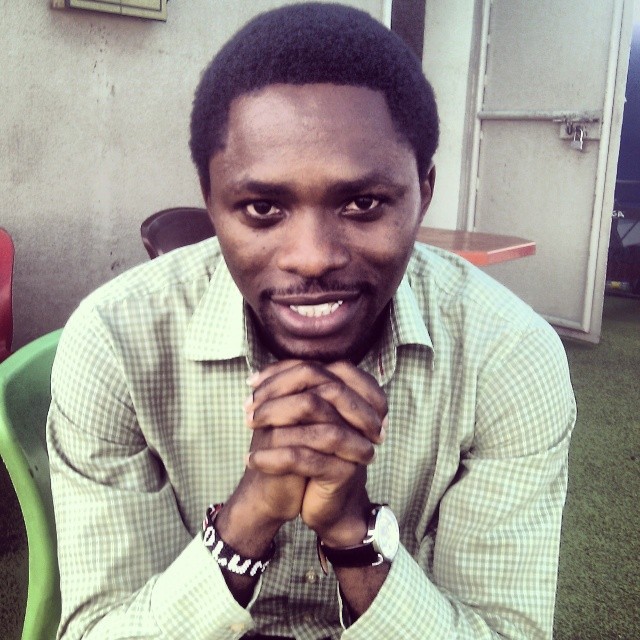