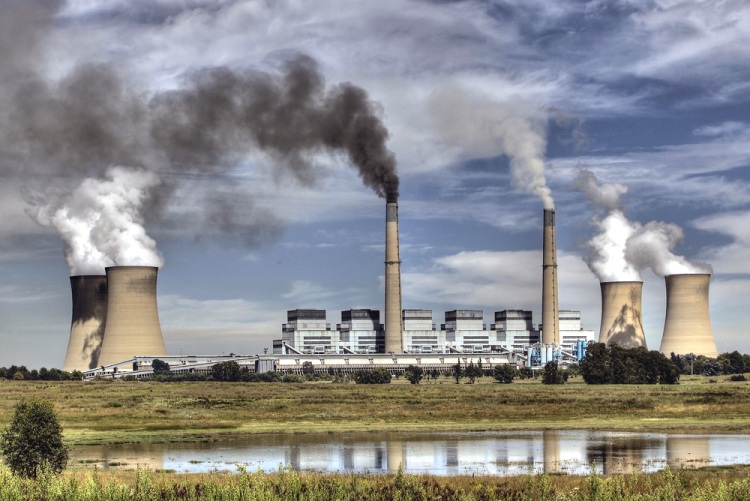 Eskom applied to amend the license in November 2013, notwithstanding that the MEC for the Mpumalanga Department of Economic Development and Tourism had, in May 2013, dismissed various appeal grounds Eskom had raised in relation to the licence.

Eskom had applied to increase the amount of particulate matter it released by almost three times its licence limit for 26 or 27 days per month, and nearly four-and-a-half times the licence limit for four days per month until 1 April 2015. In its application to postpone compliance with minimum atmospheric emission standards, Eskom sought to increase its emissions of particulates even further until 1 April 2025.

In its variation application, Eskom stated that:

“…the circumstances under which Eskom’s power stations are currently operating are far from normal, and so we request additional leniency at Kriel until particulate emissions have been reduced to the extent that Kriel can comply with the emission limits. The units will be brought into compliance between 2018 and 2023, when fabric filter plants are retrofitted”.

Eskom’s application was further based on the fact that emissions at Kriel were “highly erratic, as a result of the unreliability of many of the plant components”, and threatened that load-shedding was the inevitable result if Kriel were required to comply with its emission limit.

Eskom’s variation request was opposed by the CER acting on behalf of ELA, groundWork, the Vaal Environmental Justice Alliance (VEJA) and ten community groups. In submissions opposing the amendment, the CER argued, on behalf of its clients, that Eskom effectively wanted permission to operate with non-functional pollution control equipment and allow only partially controlled emissions.

NDM refused Eskom’s request, pointing out that the emission limit was negotiated and agreed by both Eskom and the Department of Environmental Affairs (DEA).

In addition to the request to increase its emissions, Eskom’s variation application included the following:

Eskom also asked to relax the license provision that normal maintenance and shut-down conditions should not exceed forty-eight hours, so that it provided for maintenance to be done for up to ten percent of the time per year, per stack. Eskom sought this indulgence on the basis of “the constrained electricity supply situation and the fact that Kriel Power Station is an old power station and needs large amounts of maintenance”.

Applying the precautionary principle, NDM also rejected this request, stating – as per the CER submissions – that Eskom had failed to assess the cumulative impact on the ambient environment, as it had only evaluated the impact of Kriel and Matla power stations.

NDM found that Eskom’s methodology for modelling the dispersion or distribution of its pollution for the higher emission standards did not take into account all potential weather conditions.

In relation to Eskom’s request to change the license to resolve “contradictory” requirements for continuous emission monitoring (real-time and ongoing monitoring of emissions from the power plant, not periodic checks), NDM stated that Eskom’s request was inconsistent with what Municipal officials observed during a site visit to Kriel on 10 January 2014.

NDM drew Eskom’s attention to the fact that the National Environmental Management: Air Quality Act, 2004 (AQA) provides that it is a criminal offense to supply false or misleading information in any license variation application.

NDM decided that the license should be amended to clarify certain monitoring requirements, but refused to relax the license condition requiring all units to be fitted with continuous emission monitoring for the pollutants sulphur dioxide, particulate matter and nitrogen oxides by 2015. (Minimum emission standards have been prescribed for all of these pollutants under AQA).

In December 2013, Eskom applied to postpone compliance with – and, in several cases, effectively to be exempt from – AQA’s air pollution minimum emission standards for 16 of their power stations. At the same time, Eskom also applied for variation of the conditions of the air quality licences for these stations.

The CER has, on behalf of the same clients, objected to Eskom’s applications. There are significant negative health impacts if Eskom’s application succeeds. The decision of the National Air Quality Officer is awaited. It is hoped that the DEA’s decision will show the same commitment to legal compliance and regard for the health of South Africans as NDM has in its decision on Kriel.