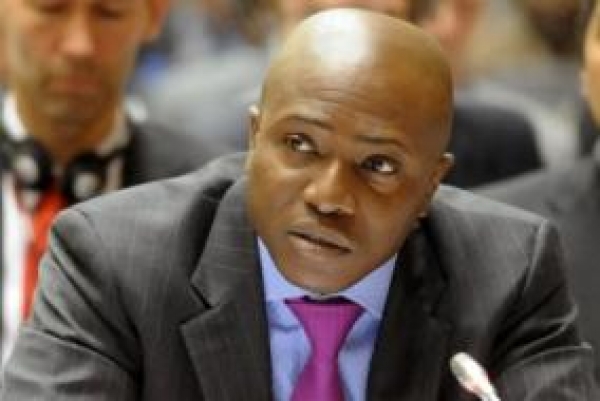 What is your assessment of the outcomes of Cancun and how much progress has been achieved in following up and in implementation of the decisions that were made, particularly as relates to adaptation and finance?

The Cancun Outcome must be commended as one that contributed to keeping the climate change negotiations process alive after Copenhagen where trust in the process was hindered. The Copenhagen Accord was reached in a way which was not transparent and inclusive. Cancun was thus able to restore trust.

However, although Cancun was a step in the right direction, it is not an outcome that keeps us safe as Africa. Cancun should be seen as a floor and not a ceiling as it was able to deliver on some aspects but left some important issues off the table. For instance, Adaptation which is the over-riding priority of Africa, previously meant different things to different people. Cancun tried to put some coherence in this area by establishing the Adaptation Framework and the Adaptation Committee. Similarly, there were positive developments in terms of the technology transfer institutional arrangements.

There is a need to bring clarity to fast-start finance as we don’t exactly know what the yard-stick is and we don’t have clear comparability. Currently developed countries claim to be delivering fast-start finance, but in a whole range of different mechanisms, and bilateral and multilateral channels. One of the provisions of Cancun asks those developed countries to report annually on the progress in delivering fast-start funds. In the long-term, we view the $100 Billion by 2020 pledge, which we’d like to make sure is new, additional and predictable, as a floor and not a ceiling because the adaptation needs of developing countries go way beyond $100 Billion.

What are the agreed key issues the Africa Group would like to see progress made on towards and during the COP in Durban?

In the time leading us to Durban, we need to raise the level of ambition. We should not focus merely on implementation of the Cancun Agreements. We need to go back to the drawing board, take elements that were left out of Cancun, bring them back on the table, and try to show the highest level of ambition possible.

Towards Durban, the effort to set up the Transitional Committee needs to make great strides so that its work can be completed and the Green Fund can be established. The critical importance of finance to dealing with climate change dictates that governance issues and institutional arrangements should be dealt with efficiently to ensure accessibility and equal say from developed and developing countries in the governance and administration of climate funds. Capacity building is an issue which if often left out. COP 17 should emphasise its importance as a cross-cutting issue and give adequate attention to it. Where we are not able to reach binding deals in the areas that are of immense importance to Africa we hope to establish solid work programmes which set out concrete pathways towards our targets.

Whenever taking sustainable development actions implies an opportunity to implement renewable energy programmes we will endeavour to do so. Also, many African countries have abundant natural forests and with adequate technical and financial means to better manage them we can contribute immensely to REDD+. However, we need to remember that the African continent only contributes 4% of global greenhouse gasses, it is the most vulnerable to climate change’s adverse effects, and for us the overriding priority is definitely adaptation. In whatever way we can contribute to mitigation efforts we will do so, but only when it makes sense because we have other major challenges, such as the need to reduce poverty. However, in no way should it be an obligation for us to achieve mitigation at this stage.

In the run up to COP 15 there was suddenly a very visible political leadership in climate-related issues on the continent. How would you characterise political climate leadership on the African continent at the moment and how much influence has the Africa Group managed to garner at subsequent negotiations?

Africa was able to come up with a common position for COP 15 and it was the only regional group which spoke with one strong voice and was able to grab attention. It is noted that Africa emerged as a force to be reckoned with in Copenhagen and we have been very united since then. Also at COP 15 we noticed a development without precedent as African Heads of State and Government attended instead of Ministerial level participation as had been the case at previous COPs. This trend was also continued in Cancun. At COP 17, being not just a South African COP, but a Pan African COP, we are sure that political leadership will once again be mobilised around climate change which is a huge obstacle to the continent’s development at large.

With regards to influence garnered at COPs it is impossible to ignore a group of 53 countries speaking with one voice in a gathering of 194 Parties. With this COP being in Africa there certainly wont be emotional barriers to issues that are dear to us and realisation of the concrete actions that must be undertaken.

With 53 countries the Africa Group is one of the largest negotiating blocs. What are the challenges you face in navigating through the individual country priorities within the group when it comes to setting the group’s agenda and priority demands at negotiations?

Yes, indeed, reconciling 53 countries, 53 different national circumstances and different priorities, it’s a formidable task. There is however an understanding within the Group that the higher good and the priority for us is to try to find solutions. For example, the concept of who is most vulnerable is something we have a common understanding of. The bulk of LDCs are in Africa and we realise that we need to align our priorities, see what the common denominators are and try to work on that basis so that we don’t compete for scarce resources but we find common ground from which to allocate available resources fairly. Also, we are countries which usually cannot afford to have large delegations so that forces us to work together and complement each other which helps us to keep the cohesion within the Group.

There has recently been a discernible push by some Parties, particularly the industrialised countries, to move away from the UN-convened multilateral framework for climate negotiations towards placing climate protection issues on the agenda of alternative fora such as the G20 and other regional summits. What is the Africa Group’s position on this and what role do you see regional fora playing in terms of agreements on climate protection?

For us the best forum for these negotiations is the UNFCCC. The multilateral process is the only one that can guarantee that the interests of Africa and all the vulnerable countries are protected. We believe that if that framework ceases – and some people have a vested interest in seeing that framework fail – we will enter an era of cherry picking. Countries will go into regional or bilateral arrangements and agree to reduce the issue of responding to climate change to merely a need to reduce emissions. Some countries and regions with larger potential for trade in emissions will benefit more from mitigation projects to the detriment of Africa and other pertinent issues such as Adaptation. The multilateral process guarantees that as Parties do what is right in terms of mitigation they will also have to do what is required for adaptation so that all needs are catered for. Importantly, the international framework of the UNFCCC guarantees that all countries cannot get away from their historical responsibility for the present climate change predicament