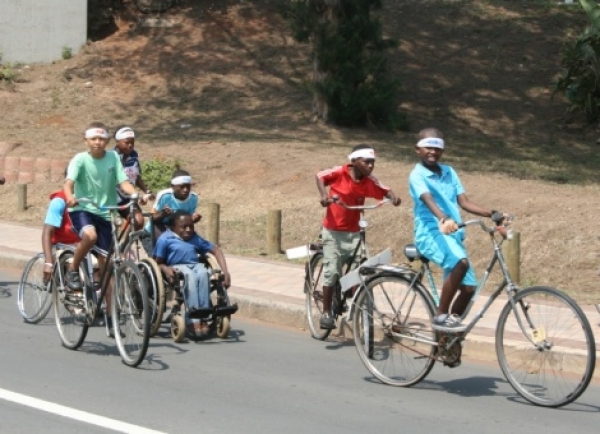 On October 10, 2010, millions of people across the globe got together to work towards solving climate crisis as part of the global ‘Work Party’. There were more than 7000 events taking place in 183 countries.

350.org ‘Green Bay’ Global Climate Change Awareness Campaign, co-ordinated by ETC-Africa,  hosted at Boardwalk Inkwazi Shopping Centre over the weekend, made a huge impact with enthusiastic support from the public.  Pledges were made by the likes of all, with the future environmental enthusiasts, making their handprint pledge on the 350 poster supplied and sponsored by Calefra.  ETC-Africa handed out pamphlets and tips on how to minimize your carbon footprint as well as save energy and money.

Charity starts at home as they say and we are telling all the stakeholders that ‘we’ as the public are working towards a ‘Greener Bay’ and making a difference for future generations and the sustainability of our environment.

Solving climate change can create millions of new jobs. According to scientists, 350 parts per million other molecules in the atmosphere, is the safe upper limit of carbon dioxide in our atmosphere.  Right now we are at 389.  It has increased with 2 parts per annum over the past 200 years and we are already experiencing the impacts of climate change.  Carbon dioxide is released in various ways, turning lights on, cooking food, heating and cooling of homes, fuel from our cars even chopping down trees emits vast amounts of CO2 into the atmosphere.

Working together collectively by making small changes makes a huge impact on the environment in the end. 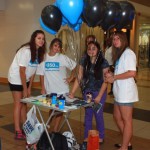 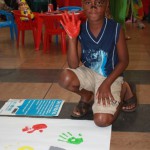 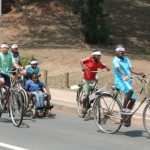 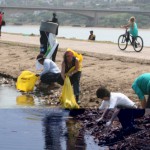