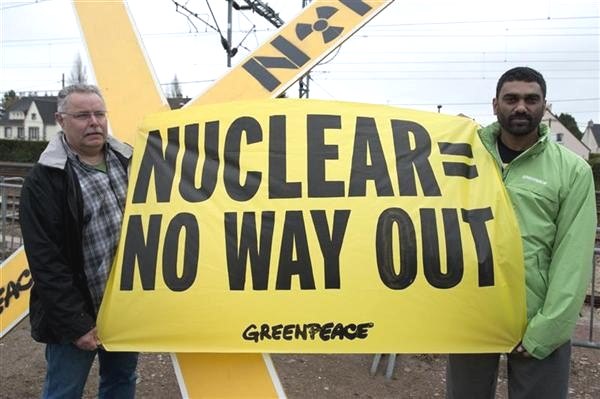 “Preparing for the 22nd Century, Environmentally” was a talk held by Greenpeace Executive Director Kumi Naido  at the Cornerstone Institute in Cape Town recently.

Kumi said that faith communities must come to terms with the inconvenient and uncomfortable truth that without the involvement of faith communities, we won’t be able turn around catastrophic climate change. There is a lot of burden on the shoulders of religious leaders.

Here is the video followed by a transcribed portion:

Preparing environmentally for the economic transition for the next century is about ensuring that the transition to a green inclusive and renewable energy driven economy takes into account the fact that not only is it possible, not only is it desirable, but it is within our grasp.

Those that are holding us back right now are those that are unfairly unjustifiably benefiting from the current system to levels that are incomprehensible to many of us. The kind of profit making that goes on at the upper echelons of what we call the fossil fuel industry, oil coal and gas is unbelievable. When there are huge profits to be made the profits are privatised. When there are losses, the losses are socialised, meaning the tax payer picks up the bill when there is a mess up. It’s no different in our country.

Greenpeace and myself personally have been highly highly critical of our government’s nuclear plans. I want to be clear why we are opposed.

Firstly nuclear is too expensive, too dangerous, and will deliver too little too late (as a solution to our current energy crisis and to climate change.)

The price is high

Even though renewable energies have received a fraction of taxpayer funded subsidies, they are delivering energy much cheaper than nuclear.

The one thing I couldn’t say is, “we also have a safe and secure solution to the storage of the spent nuclear waste at the end of the nuclear cycle.” We are talking a minimum of 200 to more than 1000 years before the toxic  danger in the waste dissipates.

Too little too late

To build a single nuclear plant will take a minimum of 10 years and more likely 15 years if you’re lucky, we are seeing even Medupi, a coal plant, running well over budget and timeline. After Fukushima neighbouring countries, all countries, will have the right to question the safety and security.

I would like to pay tribute to Bishop Geoff Davies of SAFCEI together with Earthlife Africa, who are taking our government to court to contest the legality of the nuclear deal. They need to raise 1,5 million for the court case and are doing an online fundraising campaign. Please support this here.

The nuclear problem, and the nuclear deal that is on the table is a distraction from where our energies need to be right now, much like the distraction we had in the first days of democracy when our government chose to enter into deals with the French government on a technology called the Pebble Bed Reactor PBMR. Close to 20 Billion Rand went down the tube without delivering one unit of electricity. Some people got very rich in the process of consulting and blah blah blah, but not one unit of energy.

Now, the figure of 1 Trillion rand has been quoted for more than 18 months, which means you can add another 400 billion in currency fluctuations since the rand has jumped form R9 to R14 in this time.

Give more power to the people

Lets look at what opportunities are being lost. Greenpeace Africa and many of our allies have been saying we can change the crisis of climate change into an opportunity, we can turn every roof of every home into an electricity generator and an income generator. Fundamentally, renewable energy is more decentralised in its nature, no one gets an exclusive licence as they do with oil and gas and coal, no one gets a licence for sun and wind. I’m not saying that there isn’t any place for big solar and wind projects, but to believe that is the primary way we must go is wrong.

The problem in South Africa is that for municipalities, electricity is the biggest cash cow, they buy their electricity from Eskom and sell it at a mark up where they make their profit. For this reason there are great hurdles to those wanting to install solar etc. The barriers to the uptake of renewable energy must be addressed as a matter of urgency.

Another very powerful reason not to support nuclear is water. We are today seeing four provinces in drought, in some places the worst in 23 years. Nuclear requires vast amounts of fresh water to operate. There is multiple evidence right now that water is a central part of conflicts including the Palestinian Israeli conflicts. We owe it to our children to stand up against our governments nuclear plans, the next hash tag we must see is #NUCLEARMUSTFALL.