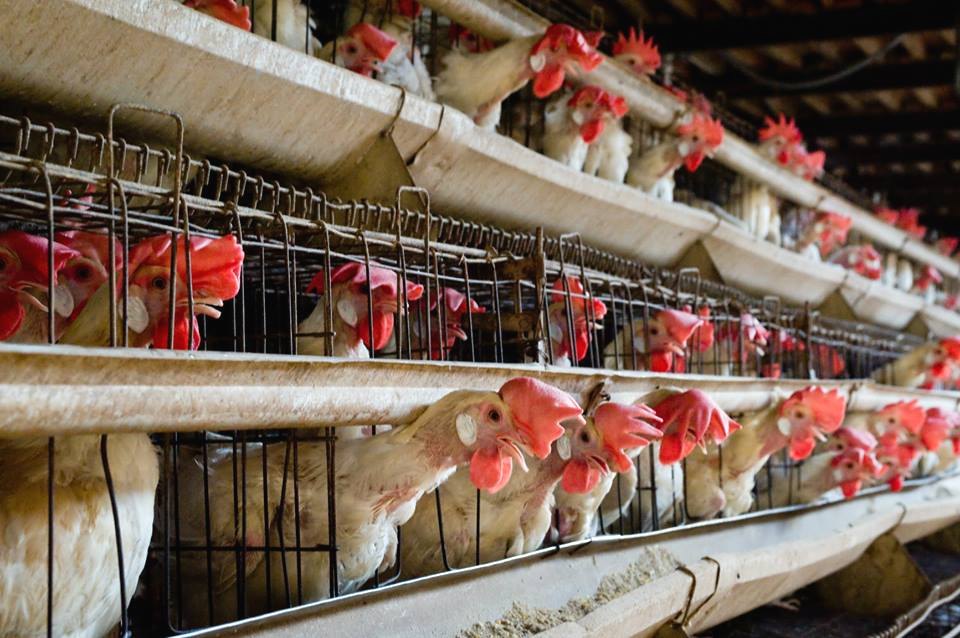 Why is McDonald’s SA refusing to commit to sourcing cage-free hens?

On the McDonald’s South Africa website there are a host of questions that McDonald’s respond to under the heading of “Know Our Food”? Sadly there are still no responses to why they are refusing to commit to source eggs from cage-free hens in South Africa. Yet this question is demanding an answer by the public and Animal Protection Groups in South Africa.

An online petition supported by thousands and additional pressure from four local animal protection groups might just get McDonald’s South Africa’s attention to source eggs from cage-free hens in South Africa, despite the popular franchise’s refusal to commit when appeals were made earlier this year. To date, more than 8,000 people have signed the petition within a week.

During September 2015, McDonald’s internationally committed to phasing out battery cages from their supply chain in Canada and the United States within 10 years (following previous animal welfare commitments in Europe, North America and South America). However, corresponding commitments have not been made by McDonald’s South Africa.

No commitment to the hens forthcoming

Animal Voice, the official South African representative of Compassion in World Farming (which has been lobbying McDonald’s SA to make a commitment for a long time) has also added their voice to this campaign.

Following McDonald’s SA’s response, consumers are not impressed and have responded “we’re NOT lovin’ it, McDonald’s SA” after an online petition asked for public support to address the issue. 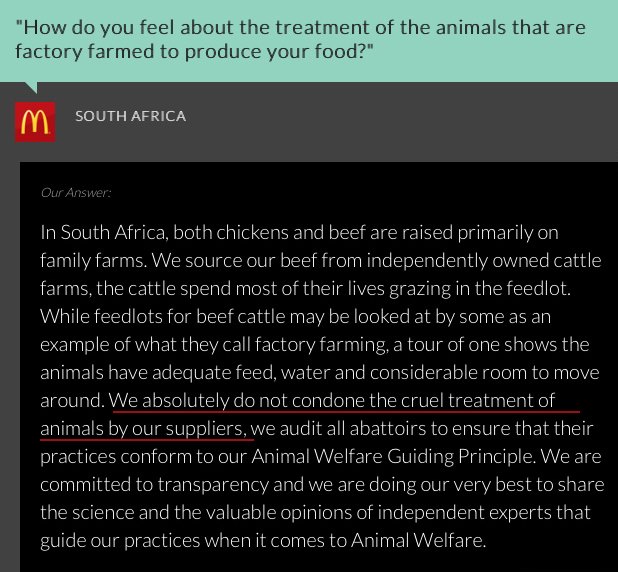 The online petition was started by a student, Yolanda Guse, who is a member of Beauty without Cruelty SA. She explains: “I’m a super fan of McDonald’s fast food and miss their greasy goodness to bits, but I refuse to support a brand that inflicts such cruelty upon our animals. Battery cage farms are a living hell for the innocent hens who lay eggs for McDonald’s South Africa. All this suffering for a mere R10 meal.”

She adds: “Ever since I was a little girl, I had chickens as pets, and up until today I only eat the eggs they produce. My beloved hens are smart and witty, and enjoy each day roaming in the sun in our big backyard. The idea of them stuffed in a wired cage, enduring the pain and strain of factory farming, haunts my soul.”

Nikki Elliott, Founder and Director of United Front 4 Animals (UFA), explains the cruelty that these caged hens experience: “A battery cage is a wire box, the size of an A4 paper, where hens spend their lives laying egg after egg for human consumption. These hens have no space to do any ordinary chicken activities, such as spreading their wings, nesting, walking or perching. They will almost never see the sunlight or take a breath of fresh air. Extensive research shows that the hens are frustrated and suffer psychological stress. They also suffer from physical harms, including bone weakness and breakage, feather loss, and diseases.” 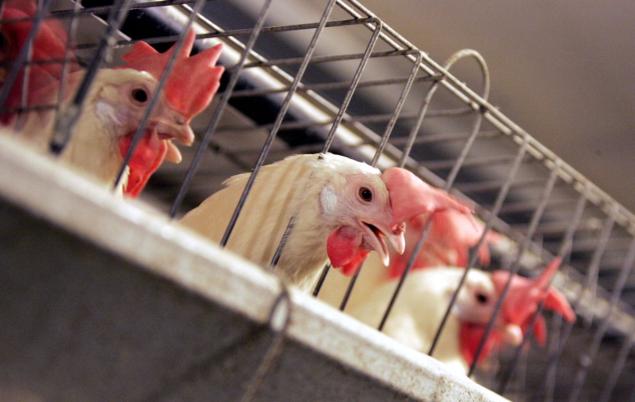 Adds Toni Brockhoven, National Chairperson of Beauty Without Cruelty SA: “Intensive confinement is a horrid reality that our farm animals face on a daily basis. 95% of all egg-laying hens in South Africa are kept in battery cages, producing 7 billion eggs which are consumed in SA each year!”

Frank Molteno, spokesperson of SAFCEI, states: “Battery cages are cruel and cause extreme pain, distress and discomfort to chickens. We’re all creatures of God and God loves and values every one of us.  As SAFCEI Earth Keepers, people of faith, we find it intolerable that our fellow living beings are subjected to the conditions that factory-farmed hens are forced to suffer. Moved by the love of God, we call upon McDonald’s SA to stop supporting the torture of millions of egg-laying hens in South Africa and to commit to adopting a cage-free policy.  Dishing up the sort of pain that McDonald’s eggs contain is too hurtful. Our prayer is that compassion and mercy will enter the hearts of those responsible at McDonald’s SA and that their egg-laying hens will be freed from cruel battery cages as soon as humanly possible.”

Says Louise van der Merwe, the South African representative of Compassion in World Farming: “Helping animals is not difficult and time-consuming, or even expensive. It’s about being informed of the abuse and cruelty animals are subjected to through factory farming. We believe that if people really knew what was happening behind the scenes, they would spend their hard-earned money on products that inflict no unnecessary harm to animals.”