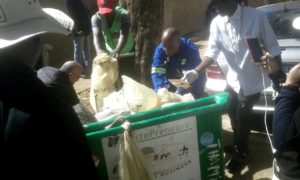 A group of 110 waste collectors will not be thrown out of their waste-sorting depot at Pirates Sports Club in Greenside.

WastePreneurs, an initiative that helps to uplift Joburg’s informal waste collectors, has won its first interdict against the City of Johannesburg Property Company (JPC), repealing its eviction from Pirates.

In what has been hailed as a “small but important victory”, the NPO said the interdict represents the first step against the council’s “relentless” attempts to shut down the depot, which it operates with the consent of Pirates, free of charge.

“This latest ruling, thanks to the stellar pro bono work by attorneys Sim and Botsi, allows WastePreneurs to keep operating at their current premises in Greenside,” the non-profit said this week. “It is an incredibly important outcome for the 110 WastePreneurs who earn their livelihood at the site.”

Securing the interdict is the “first step to building a network of sustainably employed WastePreneurs who provide a free service that our country desperately needs”.

“If it hadn’t gone the way it had, these 110 economically viable people would have basically lost their jobs,”  said Steve Jourdan, the chairperson of the Adopt-a-Project Initiative, which has WastePreneurs as one of its major projects. 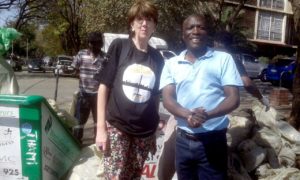 “It would have also meant the ability for this project to be expanded and to grow would have been taken away from the waste pickers … It’s an important case in that the authorities can’t just ride roughshod over initiatives of this nature.”

In a city like Joburg that has no formal recycling system, the importance of the WastePreneurs’ “contribution cannot be overstated”, he said.

The court case refers to whether Pirates may, or may not, under the terms of its lease accommodate the WastePreneurs.

But the agreement between Pirates and WastePreneurs is informal, said its attorneys in a memorandum.

“There is no contract of sub-lease between them and Pirates does not charge a rental to WastePreneurs.”

The attorneys argue how the case centres on the “right of among the poorest in society to earn a livelihood for themselves and their families while simultaneously benefiting the larger community by providing a valuable service to it free of charge. 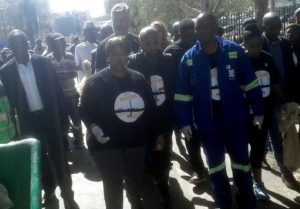 The project is “clearly a community service in multiple senses – it provides jobs and it assists in the recycling of waste”. The waste pickers collect recyclable waste from various suburbs in northern Joburg and convey it on trolleys to the Pirates depots, where it is sorted, weighted and sold to recycling businesses. They are paid per kilogram of waste they supply, by WastePreneurs, out of the money earned from such sales.

“By virtue of the central location of the Pirates depot and its location in a decline in the middle of the surrounding areas, the WastePreneurs are able to make shorter and faster trips to it and can make about four trips a day to the depot, thereby substantially increasing their earnings.”

If they were to take the waste they collect to the nearest closest depot in Newtown or to the depot in Alexandra, they would only be able to make one trip a day and would earn far less. 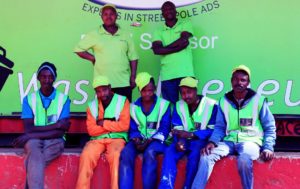 WastePreneurs started its operations in March 2016 at the Pirates depot. Since then, they have taken homeless people off the street, given them a job and assisted them in finding accommodation.

By not paying rent, the NPO can pay the full revenue generated by the depot back to the waste collectors “rather than having to retain some earnings for a major expense like rent. The City’s eviction would cripple this initiative overnight”.

“We are absolutely baffled by the City of Joburg’s relentless efforts to shut down our recycling depot at Pirates Club. Besides the fact that this initiative is essentially providing formalised employment, even more confounding is that it provides a desperately needed service to the City, free of charge,” said the non-profit.

“This is even more important, as the fact is the municipality’s contractually appointed refuse collector does not recycle waste at all, but rather disposes of recyclable waste to landfills, which has major environmental and sustainability consequences for our expanding city.”

The City did not comment yesterday on what its next legal steps would be.