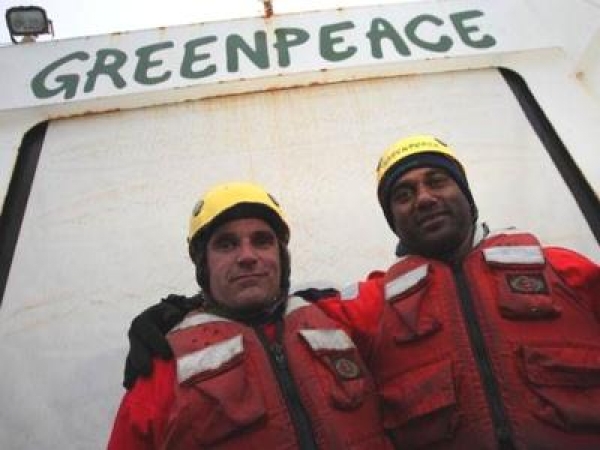 Kumi Naidoo, the global head of Greenpeace, has been deported from Greenland after four days in jail for his part in a month of direct action on Cairn Energy’s Arctic oil rig Leiv Eiriksson.

Kumi, like the other 20 activists arrested and deported in the past weeks, is banned from Greenland for one year – but this is far from over. As Kumi said, it is shaping up to be ‘one of the defining environmental battles of our age.’

The Arctic is a global commons. It’s our duty as world citizens to come together to shield it from the ravages of oil exploitation and global warming, isolate it from the din of nationalist squabbling, and keep it safe for future generations.

But, with the consent of Arctic nations, big oil seems poised to rush in. The need for oil is strong and the promise of riches hard to resist so, despite common sense, the odds seem stacked against us.

Protecting the Arctic may seem like an impossible dream – but it’s not.

Not the first time

Twenty years ago we had another impossible dream. Antarctica, once covered in rich flora and fauna but now a harsh yet delicate environment, was set to become the new frontier for oil and mineral exploitation.

Greenpeace proposed that Antarctic become a World Park preserved and protected as a global commons, belonging to none. We sent our ships there, campaigned all over the world and even set up a base there.

Many laughed it off as an impossible dream born out of naive idealism but today, 20 years later, Antarctica remains protected as a World Park.

After a sustained and determined campaign we won. It started small but soon gathered momentum until it seemed inevitable. 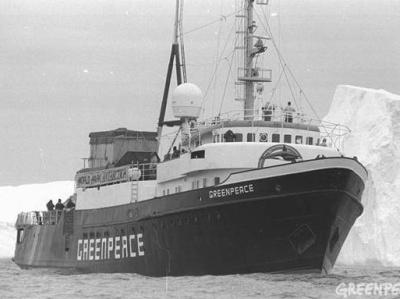 Throughout the confrontation here in the Arctic over the past weeks, the secrecy of Cairn’s oil spill response plan has been central. As Cairn’s foray into the Arctic threatens to spur an Arctic oil rush, its dogged refusal to show the world how it would clean up in the event of a spill, clearly shows all is not well.

A growing number of voices are beginning to raise the alarm that an oil spill here in the frozen North would be catastrophic and virtually impossible to deal with.

First the leaked British Foreign office documents showed an Arctic oil rush is not just a threat to the environment and our climate, but also to peace.

Then the Chevron report gave some insight into what an Arctic oil spill would look like: Massive gasoline-fueled fires set on the ice to burn off the oil, huge quantities of chemicals shot down into the water, and hundreds of people airlifted in for the clean-up effort – none of which might be able to contain the spill, according to documents filed with the National Energy Board’s Arctic drilling review.

And now most recently the US Coastguard has expressed deep concern saying that a major oil spill in the Arctic could severely challenge the Coast Guard, because it has with no available infrastructure to base rescue and clean-up operations.

So the writing is on the wall. Arctic oil drilling is simply too risky to be tolerated.