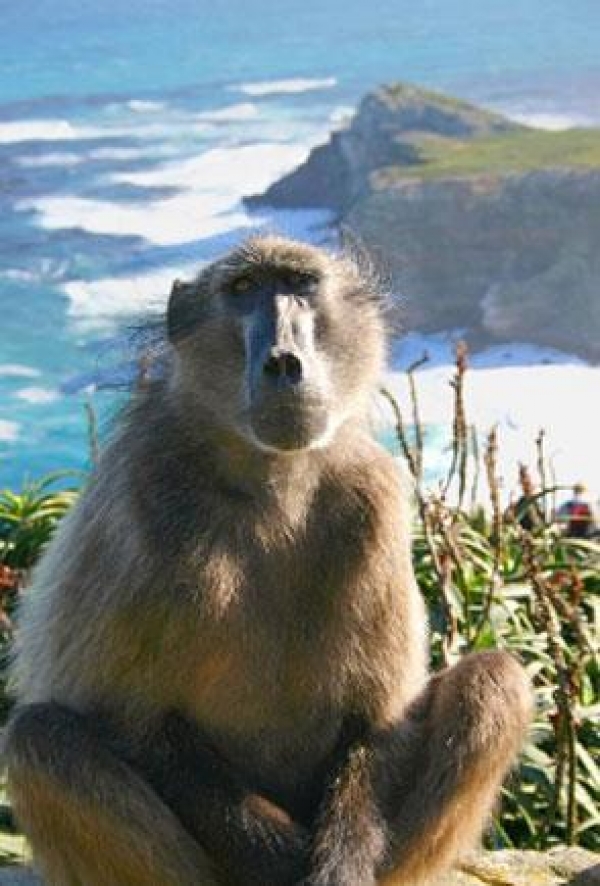 At least 1,914 baboons had been removed by a controversial ‘trap and shoot’ method by FSC Certified plantation companies during the past two years. Most of the affected troops were from the Sabie, Graskop and Blyde River areas in Mpumalanga province, South Africa.

GeaSphere is demanding an immediate moratorium on the killing of baboons by FSC certified companies and the de-certification of plantation companies involved in this practice.

Baboons are a integral part of our environment. They perform various vital functions, such as dispersing seed of indigenous plants they naturally eat.  Very little data is known about baboon dynamics in our area, or the long term consequence of removing baboons in such large numbers.

Baboons damage pine trees by removing patches of bark reducing the value of the timber and in some cases killing the trees, causing financial losses to the plantation industry. This problem was first reported in 1975, and ever since the timber industry was at war with the baboons.

The Baboon Damage Working Group (BDWG) was established by the industry to ‘find suitable management options to limit baboon damage that comply with the laws of the country, comply with plantation forests certification standards and address the ethical and emotional concerns’.

GeaSphere attended both BDWG Public meetings since 2008, and proposed several non lethal management solutions. None of there werer examined or followed up upon. At the meeting in 2010 only the damage was showcased; there was no serious effort to consider any control method apart from removal by the ‘trap and shoot’ method.

When considering damage baboons inflict upon pine trees, one should also consider the damage massive monoculture plantations of alien trees inflict upon the natural biodiversity in our area. Baboons are but one of hundreds of thousands of indigenous plant and animal species that is being annihilated by timber industry in Southern Africa.

If profit hungry directors of large corporations continue to smother the life out of our natural environment  we will lose the natural services on which we depend  and suffer the consequences. We cannot live from Industry only… We need Nature!

This formal complaint was endorsed by the following organizations: