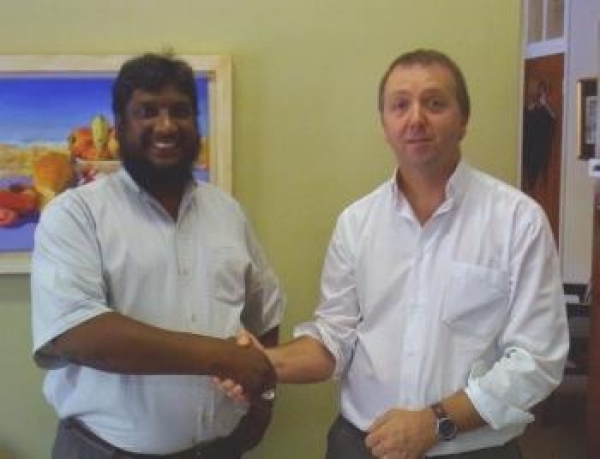 A green breakthrough happened at the University of Stellenbosch last week with Prof. Mohammed Karaan, dean of the Department of Agriscience, committing to stop the use of poison sprays in the university’s vineyards.

This decision was taken at a meeting between the Stellenbosch University and the steering committee of the newly formed pressure group called TATIB (The Air That I Breathe).

TATIB is concerned about poison sprays from Boland vineyards drifting into towns and causing health problems, as has happened to many of the TATIB members. At this meeting they discussed the harmful pesticides from vineyards right in town near residential areas and student hostels leading to cases of ill health amongst students and other residents. One such vineyard in particular, the STIAS (Stellenbosch Institute for Advanced Study) vineyard, is located near the Mostertsdrift neighbourhood and right next to ladies residences.

A mother of a Stellenbosch student, who asked to remain anonymous, had noticed her daughter’s ill health ever since studying at US (University of Stellenbosch). Eventually she was diagnosed with ovarian cancer. She lives in a house that borders the STIAS vineyard, which was originally planned to be an organic operation. This hasn’t been the case though, as there have been many poisonous pesticides in use there. Even though this student has survived her cancer, she continues to experience various symptoms of ill health, all of which can be linked to poison sensitivity.

TATIB has a medical node of doctors who have all noticed that a wave of patients arriving with similar symptoms coincides with the spraying programmes of nearby farms. Some Stellenbosch doctors are also on this node.

Another example where poisonous sprays are used is the University’s experimental farm at Welgevallen. This borders on Paul Roos Gymnasium and two girls’ high schools, from where cases of ill health have also been reported to Tatib. ‘When the swine flu epidemic hit SA, it’s rather telling that Stellenbosch was the only town whose schools were closed for an entire week,’ said Jurgen. ‘It could well be as a result of these children’s compromised immune systems.’

During a session, which one participant referred to as ‘educating the educators’ several people spoke and outlined the problems related to spraying pesticides into the air. Many of them contain organophosphates, which is a highly carcinogenic nerve gas originally designed to be used in chemical warfare. These organophosphates are known endocrine disrupters. They mimic or block hormones, disrupting the body’s normal functions. It’s especially dangerous to young children, who are still developing.

A study in Mexico concluded that early breast development in young girls is common in agricultural areas known for high pesticide usage.

Prof. Leslie London (Public Health Specialist, UCT) has said that “they have serious side-effects, particularly related to neuro-toxicity effects on the brain and the peripheral nervous system.”

Other effects are immune effects, and some of them are allergenic. Serious illnesses such as miscarriages, cancers and ear malfunctions have been linked to these chemicals, and milder poisoning symptoms include asthma, sinusitis, headaches, dizziness, blurred vision and depression. 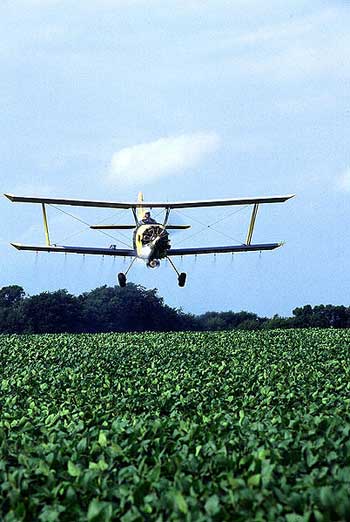 TATIB explained that aside from the moral implications of spraying pesticides so close to families, several laws are being broken.

Many of these pesticides warn that they shouldn’t be sprayed closer than 500m to open rivers, as they are ground water contaminants. However, this isn’t adhered to, in fact there’s often poisonous runoff into several streams.

There should be a ‘buffer zone’ of 1 – 3 km between the vineyard and nearby houses by law, but this very often isn’t the case.
Also, often those spraying these chemicals have no idea what they’re spraying, which is also illegal. The law states that you must have a list of what chemicals have been sprayed on your farm. How can they when they don’t even know what it is? STIAS is on a single residential property, where it’s illegal to spray.

Their suggestion as a whole was that the US take the opportunity to turn this negative into a positive.

“There is 2.76 tons of toxic DDT lying around on farms, leaking into the ground, contaminating ground waters, compost, etc. Just wreaking havoc on the environment in general. Perhaps the US can find a way to safely dispose of it?” said Jurgen Schirmacher, chairman of TATIB. “And since the university has a lot of influence, if they start this process, others are sure to follow. The KWV has already recognized the problem, and are starting to make some changes.”

Jurgen suggested the university starts by converting the STIAS vineyard into the organic vineyard it was originally planned to be. 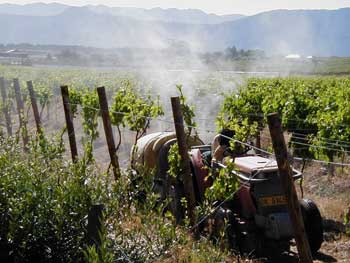 “Since it’s not a productive vineyard, with only 200 plants, no-one would lose much money. And if it works, then you’d have a workable model in place with which to start converting all other vineyards, starting with the ones that border schools & residential areas,” said another member.

‘It is unacceptable that the US’s 20,000 students could be exposed to these airborne poisons. We must look into this,” he stated.

He continued to say “As for STIAS, one option would be to go completely organic, and another would be to turn it into an indigenous garden (as an extension of the Jan S Marais Park). The third would be to integrate the two in an organic way. All three options will be researched in the meantime and discussed at our next meeting.”

A `2 -a-side` sub-committee is now being formed with TATIB and the US for further discussions. TATIB has called for the University of Stellenbosch to convert all its vineyards/orchards/farms to an organic, environmentally friendly and sustainable system, so that spray drift of potentially toxic pesticides into the adjacent residential areas is avoided.

The concept of a `Chair in Organic Agriculture` was also raised. This makes sense as the US has a fast growing body of research into agro-ecological systems and alternatives in South Africa.

This is a follow up story to this Green Times article: