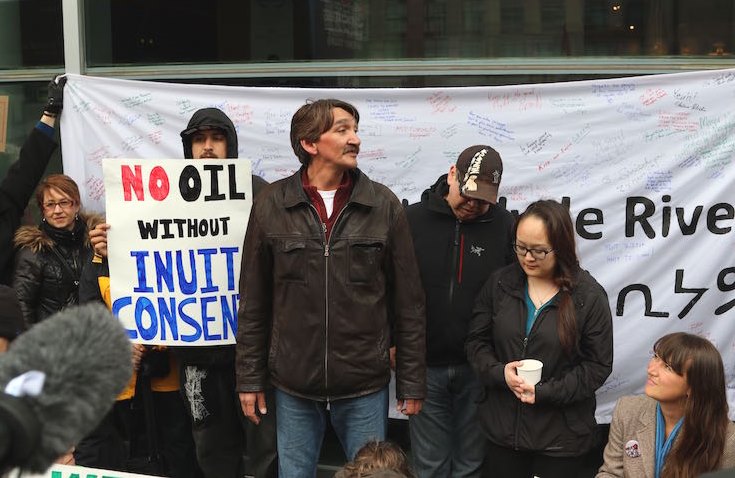 For several years now, Jerry Natanine, mayor of Clyde River in Nunavut, Canada, has fought to keep the oil industry away from his remote community.

People power is at the heart of this story. Seismic cannons will not blast through the waters of Baffin Bay and Davis Strait this year, giving Nunavut communities and marine life another summer of relief from the threats of dangerous oil exploration.

The conglomerate of seismic companies announced today they will not go ahead with their 2016 plans to blast the Arctic seabed in search of oil and gas. This news broke just weeks after the Supreme Court of Canada agreed to hear Clyde River’s legal case in opposition to a five year seismic blasting project in Canada’s Eastern Arctic.

The seismic cancellation is not a victory yet, but it is a significant delay that will keep unique wildlife like narwhal safe from the many harms of seismic blasting. These creatures, among others in the North, represent an important food source for many Inuit who are already living in some of Canada’s most food insecure communities.

Clyde River is making history as theirs is the very first case from Nunavut to be heard by the Supreme Court of Canada. Perhaps even more significant is that a favourable ruling could set a very strong national precedent to uphold Indigenous rights when energy projects are under consideration in other jurisdictions across the country.

People power is certainly at the heart of this story and among the reasons why the seismic companies have decided to hit the pause button. Over 300,000 of Clyde River’s supporters from around the world have sent letters to the Prime Minister and NEB Chair demanding a change in direction showing respect for the rights of Indigenous Peoples and the Arctic environment.

Let’s celebrate this news in solidarity with Clyde River by signing the petition and sharing the news on Facebook and Twitter!