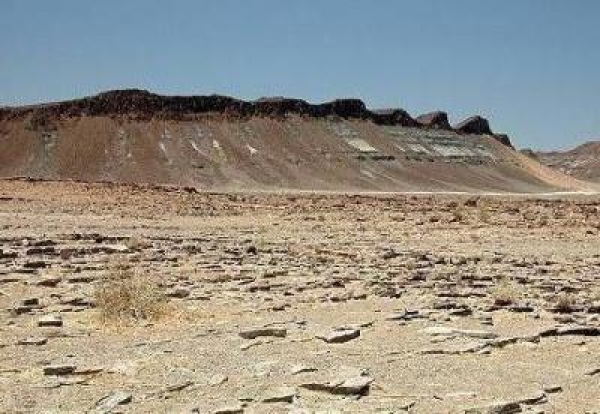 Shale gas is natural gas stored in rocks that are rich in organic material such as dark colored shale.

What is it going to take to stop the plans to threaten our sensitive Karoo region from being destroyed by Shell’s plans to blow it apart in search of natural gas?

A controversial application by oil giant Shell to explore for gas in an area of the Karoo should be put on hold, the Democratic Alliance said on Tuesday. The opposition party warned that exploration would involve processes that risked contaminating surrounding bodies of water, but Shell countered that processes were in place to prevent this happening.

In a letter to the Minister of Environmental Affairs and Water, Ms Edna Molewa, Mr Gareth Morgan questioned whether the minister ‘has the ability to assess the efficacy or appropriateness of these activities at this stage.’

Clearly, it is incumbent that all who know or care about the future of Karoo life should participate as much as possible to ensure that responsible decisions are taken at high level.

He emphasised the serious threat to the rare water resources of this region, due to

In a letter we’ve received from Dr. David Gaynor, manager of the Sneeuberg Nature Reserve in the Graaff-Reinet, he also looks at the threats to livelihoods and the desertification of the Karoo:

‘Fracking for gas is not appropriate development for the Karoo. The exploitation of natural gas through hydraulic fracturing threatens the Karoo’s most valuable resource – clean, uncontaminated water. The granting of exploration permits to Shell and other companies to search for gas in the Karoo will pitch the short-term profits of mining a fossil fuel against the risk of permanently contaminating the scarce water resources of the Karoo.

The gas, a mixture of methane and other gases might be cleaner burning than oil or coal in terms of some pollutants, but produces the same amount of carbon dioxide meaning that it will be a significant contributor to global warming. Each commercial well will probably only produce for 10 -15 years and create very few local jobs. Most of the profits will go into the multinationals pockets and any long-term problems will be left to the inhabitants of the Karoo to live with.

10 million litres of water each time

Initial exploratory drilling will require up to 10 million litres of water, with around the same amount being needed for each hydraulic fracturing of the underground rock. Not only does this water have to be sourced, but it is then mixed with a toxic cocktail of chemicals to aid the drilling and fracturing process.

Most of this contaminated water will be pumped to the surface and will have to be safely stored and treated. Significant amounts of this polluted water will remain underground and could potentially infiltrate underground water sources.

Underground water is the life blood of the Karoo. It is scarce, but if utilized wisely it underpins all sustainable development in the Karoo. It supports the cattle, sheep, wildlife, lucerne and other pasture Lands – the main economic activities in the Karoo. It supplies clean water to the towns and growing townships, whose existence is dependent on clean water and the income from livestock farming, hunting and tourism.

Are the risks of permanently contaminating the one thing essential for life and livelihoods in the Karoo – Water – worth the short-term and limited local benefits of mining a fuel that will only contribute to global warming?

The best regional models for global warming indicate that with continued use of fossil fuels the proposed area of mining will by 2040 experience conditions so hot and dry as to be only comparable with the Namib desert. It would be ironic if this degradation was fuelled by the exploitation of gas reserves in the very same area, especially when this area has so much potential for the development of renewable energy sources such as solar and wind power.

The government has promulgated feed in tariffs that ensure that companies like Shell can invest, assist development and make money from renewables rather than relying on the old carbon economy to make money for their shareholders.

There is currently a public participation process, as Shell needs to consult with all interested in affected people and compile an Environmental Management Plan, before they could be awarded this right.”

Join a group of stakeholders organised by Jonathan, and make your voice heard! For more info contact David.

It is happening all across America and now in Europe and Africa as well – rural landowners wake up one day to find a lucrative offer from a multinational energy conglomerate wanting to lease their property. The Reason? In America, the company hopes to tap into a huge natural gas reservoir dubbed the Saudi Arabia of natural gas. Halliburton developed a way to get the gas out of the ground – a hydraulic drilling process called fracking – and suddenly America finds itself on the precipice of becoming an energy superpower.

But what comes out of the ground with that natural gas? How does it affect our air and drinking water? GASLAND is a powerful personal documentary that confronts these questions with spirit, strength, and a sense of humor. When filmmaker Josh Fox receives his cash offer in the mail, he travels across 32 states to meet other rural residents on the front lines of fracking. He discovers toxic streams, ruined aquifers, dying livestock, brutal illnesses, and kitchen sinks that burst into flame. He learns that all water is connected and perhaps some things are more valuable than money.