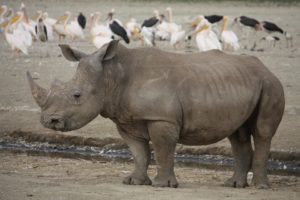 Nominations for the 8th annual Rhino Conservation Awards have officially opened and are invited from the five rhino range states of Africa.

The Rhino Conservation Awards will be presented at a Gala Dinner held at the Montecasino Ballroom in Johannesburg. Award finalists will be joined at the event by high-level dignitaries under the patronage of His Serene Highness Prince Albert II of Monaco, South African government officials, foreign diplomats, media, sponsors, and other significant NGOs supporting rhino conservation.

A statement prepared by the South African Department of Environmental Affairs (DEA), reflects that its Integrated Strategic Management of Rhinoceros showed some success in 2018. The report confirms that, from 1st January to 31st December 2018, 769 rhino were poached in South Africa (compared to 1 028 poached in 2017). Of these, 421 rhino were killed in the Kruger National Park, and 142 were poached in KwaZulu-Natal. 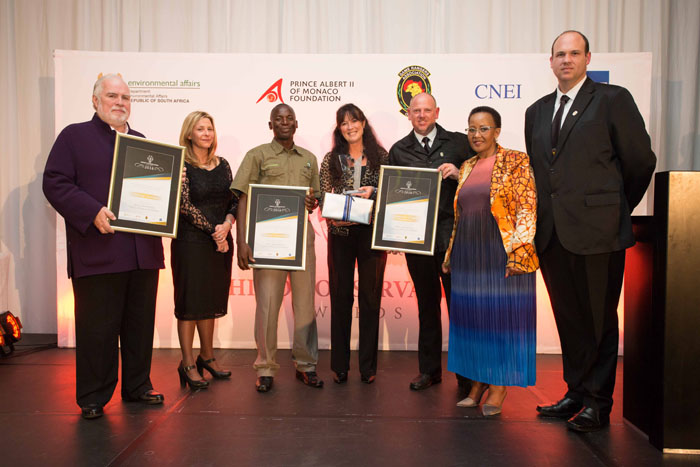 “Although we are encouraged by the national poaching figures for 2018, it is critical that we continue to implement collaborative initiatives to address the scourge of rhino poaching,” said South African Minister of Environmental Affairs, Ms Nomvula Mokonyane.

While this marks a 25% decrease in poaching in South Africa, it still equates to over two rhino being killed per day – and that’s only in South Africa. Worryingly, the number of recorded poaching activities in the Kruger National Park remained approximately the same as previous years showing that the pressure is not letting up. Statistics show that, across Africa, since 2006 over 9100 rhino have been slaughtered for their horns.

Despite the grave personal danger, leading role players and ordinary citizens alike are having a marked impact on African rhino conservation. To celebrate the brave efforts of those who work tirelessly to bring an end to the scourge of rhino poaching, the Rhino Conservation Awards will be held in July 2019. 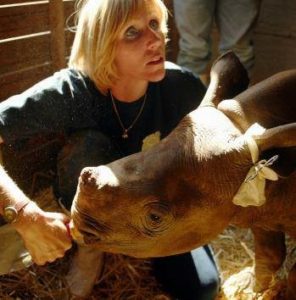 Karen Trendler caring for an injured calf. Kirsty Brebner, manager of the EWT Rhino Project went to The Rhino Orphanage in 2014 to assist and relieve Karen Trendler and her dedicated team. Image: EWT

“The fact that fewer rhinos have been lost in South Africa in 2018 is good news and merits credit for the hard work and commitment of all those involved. However, the overall status of our rhino populations remains a concern and we need continued commitment to address the systemic challenges for rhinos across the region.” – Dr Jo Shaw, African Rhino Lead for WWF International

The 2019 Award Nomination Categories are: 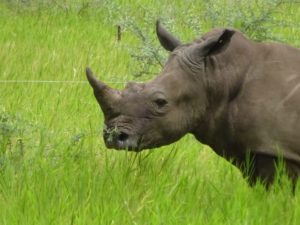 Since being founded by Dr Larry Hansen and Miss Xiaoyang Yu in 2011, the Awards have been hosted annually in collaboration with the Department of Environmental Affairs and the Game Rangers Association of Africa. The 2019 Awards are sponsored by ZEISS and China New Enterprises Inc.

During the 2017 Awards Ceremony, The Honourable Prince Mangosuthu Buthelezi confirmed that; “The fight for our rhino must now be taken up by the next generation.” This is both a powerful and frightening statement. It constitutes a compelling call to action while highlighting the many years that this war has been waging.

“To continue this fight, there must be some encouragement, support and appreciation. It is a grueling occupation, and one that often leads to physical danger, political opposition and severe financial constraints,” concludes Dr Hansen. “The Rhino Conservation Awards seek to recognise the efforts of these (often) unsung heroes – giving them the impetus they need to continue in their battle against the poachers.” 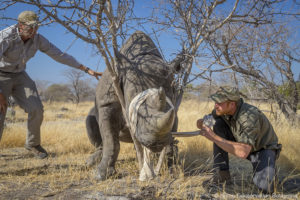 Nominations can be submitted in the following ways: