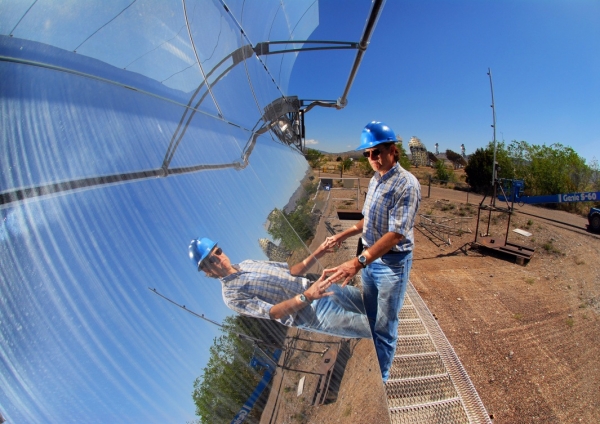 The Climate Investment Fund (CIF) has given the go-ahead to north African countries Algeria, Egypt, Libya, Morocco and Tunisia as well as middle eastern country Jordan to proceed with an updated version of a plan to create 1,120 MW from concentrated solar power (CSP). The plan will receive US$660 million from the CIF’s Clean Technology Fund (CTF) and is expected to leverage nearly US$5 billion from other donors and private financing.

This goes back to 2009 which saw the introduction of an investment plan for middle east and north Africa regional CSP development to generate 1.0 GW and triple worldwide CSP capacity. This plan received a commitment for US$750 million by the CIF’s Clean Technology Fund (CTF). The investment plan was designed around deployment of about 10 to 12 commercial scale power plants to be constructed over a three- to five-year timeframe.

The plan has undergone post-Arab Spring changes by each country to reflect the political and economic conditions in the region and to build on emerging lessons from the plan’s first project now underway – the Ouarzazate I 160 MW plant in Morocco.

The revised plan accepted on May 7th 2013 by the CIF governing body provides a realignment of projects in the pipeline based on each country’s reassessed needs; focuses on well-performing projects as a stronger measure of the plan’s positive impact; and expands the plan’s horizons to also include concentrated solar photovoltaic (CPV) technologies and business models including public sector, public-private partnerships (PPPs), and independent power producers (IPPs). The original plan projected a total of 895 MW of power, but with the revision the region now expects to achieve 1.12 GW, making it the most ambitious CSP program in the world.

The countries have also agreed to request a smaller funding envelope from the original US$750 million to US$660 million including currently funded projects.

“The changes suggested by the countries in the plan make it a more viable and flexible plan which takes into account the realities each of these countries face,” Mafalda Duarte, AfDB coordinator for the bank’s CIF program, says. “We can all look to this revised plan as both a signal of hope for the forward economic and social movement in the region built on renewable energy, and a more realistic blueprint for the evolution of renewables as a potent engine of power globally.”

The plan is also adding a technical assistance (TA) component to complement efforts at the project level and establish a critical platform for knowledge exchange and increase private sector involvement and regional integration.

President Mustapha Bakkoury of the Moroccan Agency for Solar Energy (Masen), who presented the revised plan to the governing body, emphasised to the CIF that, “We are looking forward to seeing more involvement by this kind of financing in the coming years, and hope it will help continue the dynamism of the solar power sector and its competitiveness with wind and other energy sources, including fossil fuels.”

CTF allocations in the revised plan are: