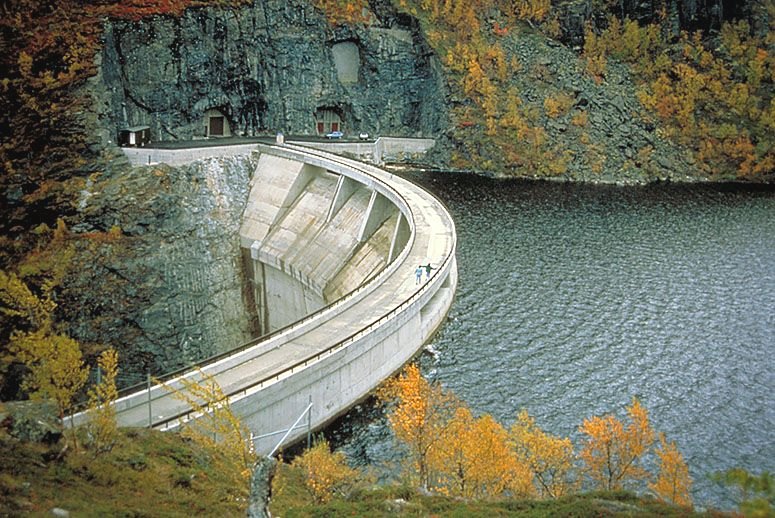 Norway’s 937 hydroelectric-generating plants provide the country with 96 percent of its electricity—making it the world’s sixth-largest hydropower producer.

Now, researchers at the Norwegian University of Science and Technology are figuring out how to spread the water power wealth to other nations by turning Norway into the “green battery pack” of Europe.

The idea is to find an effective way to store the increasing amount of power generated from Europe’s growing solar arrays and wind farms. Right now, countries such as Denmark are often left with excess power during windy days, so they push the surplus generated power into neighboring countries’ grids.

On days with little wind or sun, even those countries have to fire up coal and natural gas power plants to meet electricity demand. But with a tweak of the existing hydropower system, Kaspar Vereide, a hydraulic environmental engineering doctoral student at NTNU, believes he could turn Norway’s hydroelectric system into an electric storage facility.

In other words, a big, big battery.

There’s just one problem: Norway’s system of dams and power stations—mostly built in the 1960s and 1970s—weren’t designed to be turned on and off like a light switch. Hydropower systems require time to get water to the turbines at the right speed, at a consistent level.

Because water flow rates determine how much or how little electricity a hydropower plant generates, getting a handle on the flow is key. That’s where Vereide’s new design comes in.

“Norwegian mountains are full of water tunnels. It’s like an ant hill,” Vereide said in a statement. The tunnels can run for miles, which can cause large fluctuations in water flow and longer wait times to get the right amount of water to the turbine to produce electricity.

Now Vereide thinks he has a solution: Blow out a cavern inside the water tunnel close to the turbine and create a sealed “surge chamber” that would keep water flows regulated and be able to instantly turn the turbine at the right speed to consistently produce electricity.

He has been working on a model hydropower plant based on an existing system in Norway.

“We’ll benefit a lot from developing this new technology, both in order to keep electrical frequency stable and to run power plants more aggressively to serve a large market,” Vereide said.

The technology is in the early stages of development, he said, and would need huge infrastructure development to be implemented in the current hydropower system.

Still, it could be a big step in Europe’s effort to create a carbon-free power system.