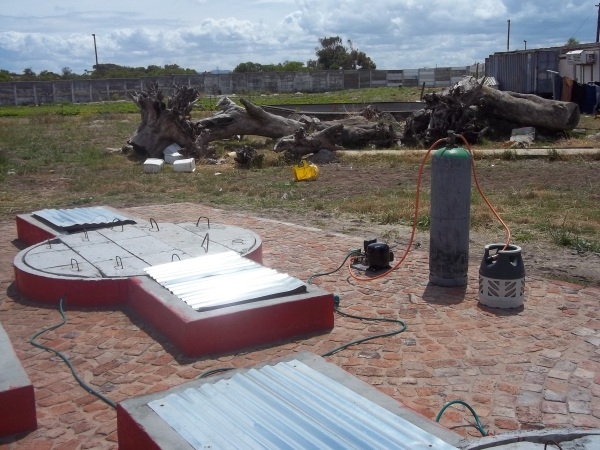 Eighteen years into democracy, millions of South Africans are still left without electricity or fuel to power the most basic necessities. But, says biogas enthusiast and GSB doctoral student Fawzy Basardien, change is in the pipeline – provided the advantages of renewable energy are recognised in time.

Basardien, who is completing his PhD in Entrepreneurship at the UCT Graduate School of Business, is using this entrepreneurial spirit to bring renewable energy to far-flung communities. He and his team have introduced a pilot programme integrating the use of biogas in four informal settlements: Phillippi in the Western Cape, plus a further three settlements in the Eastern Cape (University of Fort Hare, Fort Cox Agricultural College and a local village, Mellani). Collaborative work with UCT’s “Engineers Without Borders” has resulted in a biogas plant being installed at the Abalimi Bezekhaya project in Khayelitsha. The biogas produced is used for cooking and the fertiliser is used in the garden.

The beneficial properties of biogas could make a huge difference to the lives of the rural population and help solve a significant portion of South Africa’s energy deficiencies, Basardien believes. And so far, the programme is yielding extremely positive results – especially in terms of safety and cost-effectiveness.

“Until this point the families of those involved in the project have predominantly been using kerosene, which is both expensive and carries harmful toxins,” explains Basardien. “We used a small sample of recipients and provided them with a biogas stove, biogas pump, solar panel and a bag, which makes the gas easily transportable from the point of production to point of consumption, limiting transportation costs and promoting energy independence.” 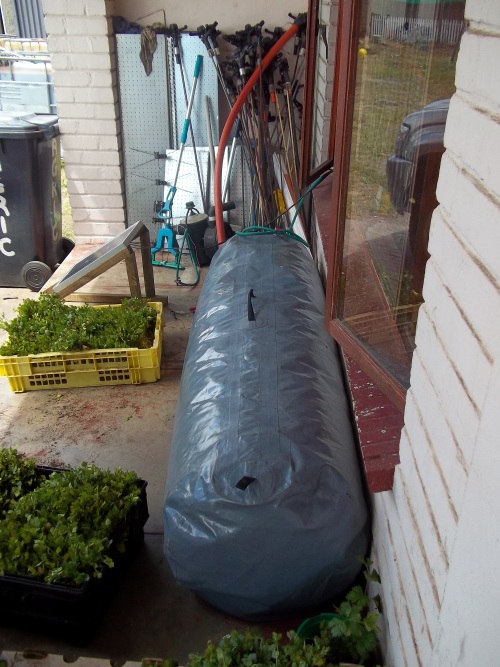 Renewable energy is often mistakenly viewed as an expensive initiative, feasible only in first-world countries such as Sweden and China (despite the fact that India has also been using it very successfully as a substitute for traditional fuels). However, biogas is a low-cost, high-yield form of renewable energy that Africa should be taking advantage of, believes Basardien.

“When one talks about renewable energy, one thinks about utilities such as solar parks and so on,” he says. “But these applications are extremely expensive, and as such not viable at all for the large portion of unemployed or rural sections of our population.” Biogas, in contrast, offers considerable advantages in terms of practicality and affordability. Apart from the environmental benefits of reducing carbon emissions, biogas is a viable solution to the rising cost of fossil fuels – especially considering the limited supplies of the latter.

“With the increasing shortage of liquefied petroleum gases, it is way past time that alternative sources of energy were explored,” says Basardien.

Any waste is suitable

His company, Africa Green Energy Technologies, used agricultural waste for their pilot project, but in reality it is possible to use any waste – including restaurant and kitchen waste – in the creation of biogas. The pilot programme, despite a lack of government funding, is successfully using new processes, introduced by Basardien, to convert animal waste into methane gas. This is done using an innovative pump system and the gas is then transported into a specially designed bag, from which it can be used and distributed.

The South African government has been slow to embrace the benefits of biogas and provide adequate funding to researchers like Basardien; however, he has managed to secure financial assistance from private investors. He hopes to increase this funding so that biogas can be used on a larger scale in future. This could include using it in large shopping centres, where organic restaurant waste could be used to subsidise an entire facility’s energy.

This larger-scale use could also combat other logistical problems, believes Basardien. “Cape Town, for example, has limited landfill space,” he says. “This is becoming a huge problem, and of course we’ve always been victims of poor spatial planning. Not only would using these materials to convert into biogas provide badly needed fuel; it would also create more space.”

Internationally, biogas has been used to great effect. In Sweden, there are numerous service stations exclusively dedicated for biogas refuelling. In India, over 75% of the population has integrated the use of biogas, with hugely successful results.

“Figures from the International Energy Agency show that biomass energy provides around 30% of the total primary energy supply in developing countries, with over two billion people depending on biomass fuels as their primary energy source. In rural populations in other developing countries, biomass provides the majority of fuel for heat and cooking. How can this country not get behind something that so obviously works?” Basardien says.

“The poorer areas are such a fantastic example of how this technology could be utilised. Especially the larger townships in our country – in Khayelitsha, for example, which suffers from lack of electricity owing to the sheer size of the area.”

For Basardien, therefore, scaling up the initiative is the first priority. “The pilot programme’s success says it all,” he says. “We’ve shown it’s worked; now we just need the support to take it further.”

Basardien formerly managed portfolios of the CPUT environmental science department and developed proposals for funding in that area. This experience, combined with his travels on the subcontinent, led him to realise the potential rewards of biogas as an alternative energy source.

Soon afterwards, he decided to develop the concept into a practical initiative, which led to the pilot programme and the start of his company. He believes his varied work experience, including a stint at Shell Oil Corporation, owning a taxi company and lecturing entrepreneurship at the University of the Western Cape, will help him drive national support for the biogas endeavour.