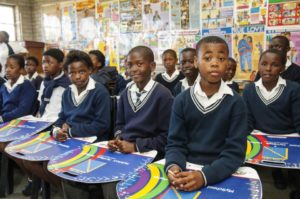 There is pressure on all polystyrene producers to ensure their polymers remain in a resource loop and are recycled into new functional products. This is why Danone, manufacturers of yoghurt tubs, have joined the non-profit product recovery organisation Polystyrene Association of SA.

According to the Adri Spangenberg, the Polystyrene Association’s Chief Executive Officer, Danone SA is a major manufacturer of High Impact Polystyrene (HIPS) used in their yoghurt tubs and has set an excellent example for other producers to follow with regards to their commitment to Extended Producer Responsibility.

“The Polystyrene Association of SA has had good success with getting the manufacturers of Expanded Polystyrene (EPS) on-board as members and to be supportive with our various recycling projects which are aimed at keeping polystyrene packaging out of the country’s landfills. In view of the recent developments with regards to Government’s Section 28 call for the development of Industry Waste Management Plans from the paper & packaging industry, electrical & electronic industry and lighting industry, they have made concerted efforts to encourage HIPS producers to also sign up with them as members,” Adri explains. 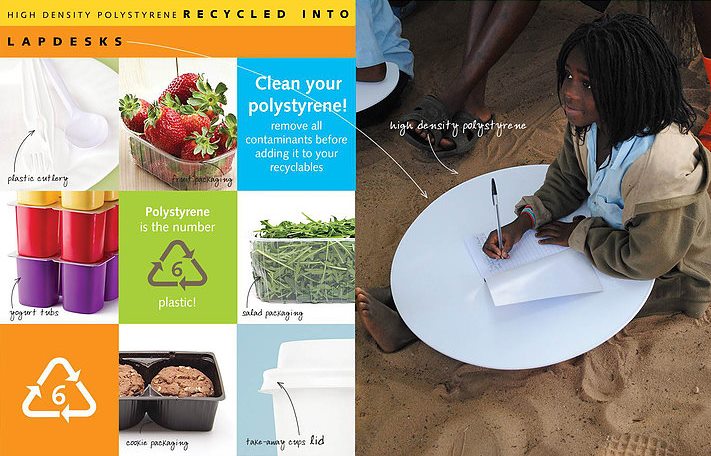 The Polystyrene Association of SA has developed various end-markets that specifically use recycled yoghurt tubs made from HIPS and that bear the number 6 polymer identification code at the bottom. One such an end-market is the TutuDesk – a simple, portable and robust lap desk that children can place on their laps for a stable writing platform, thereby creating a dedicated ‘work zone’ whether they are sitting on the floor or on a chair.

“It requires approximately 1 kg of yoghurt tubs in weight to manufacture one desk, and each one is designed to last the lifetime of the child at school. The project falls under the patronage of Archbishop Desmond Tutu and the Polystyrene Association is privileged to have been part of this project for the past six years via WESSA (Wildlife Education Schools of South Africa) and its network of Eco-Schools who are also collecting yoghurt tubs that are recycled into the lapdesks,” she says.

A commitment to sustainability 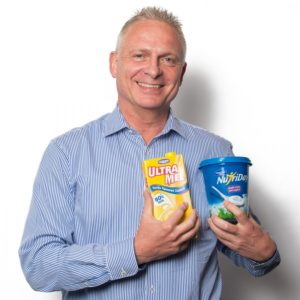 Commenting on their decision to join the Polystyrene Association, says Hendrik Born, Managing Director of Danone SA (photographed above):

“Being responsible with the resources we use to make healthy food solutions is central to Danone’s ‘One Health, One Planet’ philosophy.

“We are passionate about the environment and committed to employing sustainable practices that will allow us to achieve our mission in the long term. As one of the country’s biggest producers of yoghurt, we felt it was important for Danone to show that we are taking responsibility for the packaging that we use and that enter the market. Joining the Polystyrene Association of SA is therefore an important step in the right direction as it reflects our commitment to creating a sustainable, ambitious future for generations to come”.