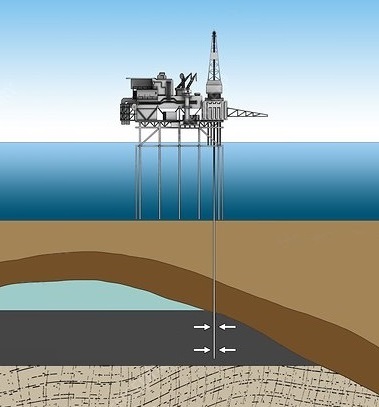 An offshore rig extracts oil from beneath the sea floor using a method called vertical drilling.

WILDOCEANS is one of several organisations including Oceans Not Oil, South Durban Community Environmental Association and Green Connection, who have submitted comment opposing the proposed offshore exploration drilling and associated activities by oil company TOTAL.

There are procedural, climatic, socio-economic and ecological concerns that WILDOCEANS have raised linked to the proposed activities set to take place in blocks 11B and 12B of South Africa’s oceans, just 175 kilometers off the southern coast.

A program of the WILDTRUST, WILDOCEANS noted that at these ocean depths, typical methods of mitigation and rehabilitation which apply to terrestrial mining are close to impossible to achieve. 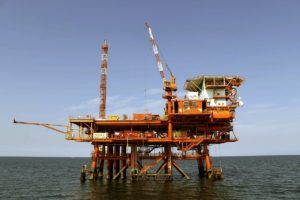 Plans to wreck South Africa’s oceans with oil drilling in the vein of what has already happened across the world are being vehemently opposed by environmental NGO’s.

This region contains some of the already diminishing coral reefs of South Africa (among other diverse ocean life), which are complex and fragile and respond negatively to pollutants and stress.

An organisation that advocates for increased marine protection backed by multiple research projects and campaigns, WILDOCEANS stresses that the proposed region for drilling and surveying overlaps with the migratory and distribution pathways of: 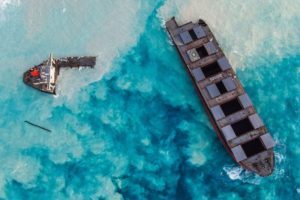 Mauritius is facing an environmental emergency as a wrecked ship is leaking tons of diesel and oil into the Indian Ocean. The MV Wakashio ran aground at Pointe d’Esny, east of the island nation in late July. Image: AFP

The area also lies in the migratory path of the economically significant sardine run.

Within this Agulhas Bank region, life has diversified and acclimated uniquely to the intrepid waters, therefore critically endemic ecosystems are at risk of being exposed to not only the diffused pollution from the exploration process, but also to calamitous risk should an oil spill occur. 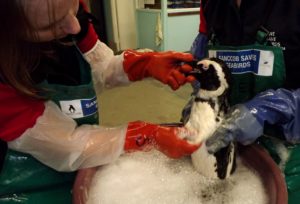 Beyond the ecological concerns, WILDOCEANS warns that embarking on oil drilling ventures and affiliated activities leaves little adherence to the precautionary principle, with devastating results often being a by-product as we have recently seen with the devastating Mauritius oil spill. The precautionary principle is a widely endorsed environmental practice which safeguards human and environmental wellbeing.

Literature and empirical data show that fossil fuel burning, and exploration is already contributing negatively to the climate and adversely impacting people’s lives.

The NPO also highlights the National Climate Change Adaptation Strategy recently endorsed by the Department of the Environment, Forestry and Fisheries, and approved by parliament last week, which mentions the need for climate smart national decisions, of which exploration drilling is not.