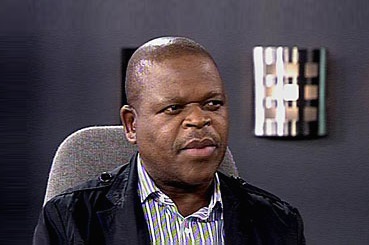 The government and the ruling party should reconsider plans to forge ahead with expanding nuclear energy, the National Union of Mineworkers (NUM) said on Thursday.

The NUM’s national executive committee (NEC) met on Wednesday, where it discussed President Jacob Zuma’s State of the Nation address.

On Tuesday, Zuma signalled that South Africa would push ahead with nuclear energy generation.

The NEC acknowledged that nuclear energy could contribute over 9 000 megawatts to the national grid, with benefits for business and human needs.

But it believed the risks outweighed the benefits.

“The Fukushima nuclear disaster is a Godly reminder about the inherent dangers to both the environment and the human race,” the NEC said in a statement.

Hundreds of thousands of Japanese people were negatively and permanently affected by the Fukushima nuclear disaster in March, 2011.

NUM general secretary Frans Baleni also pointed to Ukraine’s Chernobyl accident of April 26, 1986, which was the worst nuclear disaster ever, being the most costly and resulting in the most deaths.

The NUM estimated it would cost R1 trillion to build a new South African nuclear plant.

On March 11, 2011, Japan’s Fukushima Nuclear Power Plant suffered a catastrophic failure after it was hit by a tsunami following a strong earthquake.

Chernobyl to contaminate for thousands of years

The effects of the Chernobyl disaster are expected to contaminate the surrounding area for thousands of years to come.

Chernobyl’s reactor has been enclosed in a huge concrete sarcophagus, but the sarcophagus is nearing the end of its 30-year lifespan.

Construction of a second containment structure, to encase the sarcophagus, is expected to be finished in 2016.