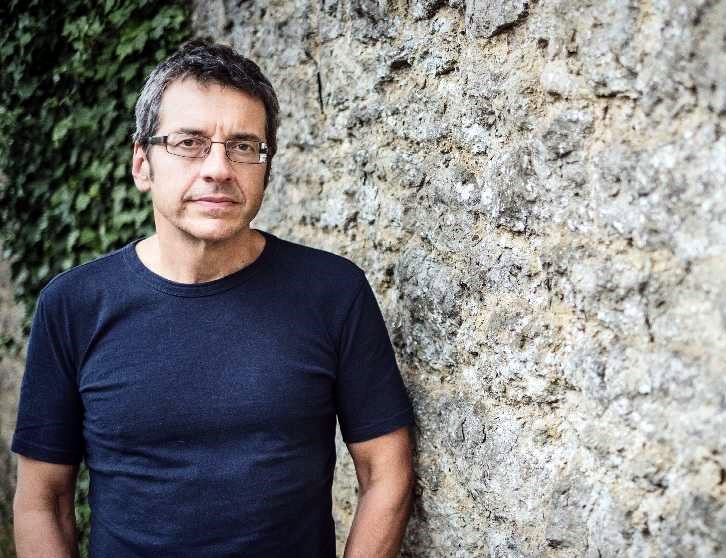 We were shocked by the article circulated on the internet where a serious environmental author, George Monbiot (pictured), author of ‘Heat – how to stop the planet from burning’ turned pro-nuclear since the disaster in Japan. Many people were confused about this sudden turn and concerned that Monbiot had used his good name to potentially damage the anti-nuclear lobby.

Monbiot reasoned: ‘As far as we know, no one has yet received a lethal dose of radiation.’ He believes that the negative views concerning radioactive pollution have been ‘wildly exaggerated’.

In favour of a major expansion of renewable energy, he agrees that ‘renewables have smaller carbon impacts than nuclear’ but that nuclear is less damaging to the environment if you consider its total impact, like the bother of wind farms…

‘The more work we expect renewables to do, the greater the impact on the landscape will be, and the tougher the task of public persuasion.’

He said: ‘Deep green energy production – decentralised, based on the products of the land – is far more damaging to humanity than a nuclear meltdown. Coal is 100 times worse than nuclear power.’

Monbiot still ‘loathe(s) the liars who run the nuclear industry’ and he ‘would prefer to see the entire sector shut down, if there were harmless alternatives. But there are no ideal solutions. Every energy technology carries a cost; so does the absence of energy technologies. Atomic energy has just been subjected to one of the harshest of possible tests, and the impact on people and the planet has been small. The crisis at Fukushima has converted me to the cause of nuclear power.’

A choice between two evils?

Gray Maguire (a volunteer from Earthlife Africa) was saddened by Monbiot’s piece. ‘While it is clear that Mr Monbiot does not like nuclear, he seems to have resigned himself to the idea that we are now only left with the choice between the evils of climate change and the evils of nuclear.’

‘This defeatist attitude is a sad reflection on what has become of Mr Monbiot’ ideology. Is that really what we as a species have come down to? Are we really so insipid and selfish that we cannot come together to face this enormous challenge and prevail?’ he said.

Maguire believes that humans have ‘no choice but to move from a linear economic model to a cyclical one, as the linear model is rapidly running out of road…From the tone of Mr Monbiot’s articles it seems to me that he believes we are incapable of rising with this occasion. Why else would he completely discount one of his own two options when looking at the implications for not continuing down a nuclear path?’

‘Is it really that impossible to make renewables replace nuclear? I don’t think so. Nuclear makes up less than 10% of the world’s current energy supply, and the facts remain that it IS enormously expensive and it DOES need a minimum of ten years to bring a plant on line, excluding the Environmental Impact Assessment process which can take up to three years,’ said Maguire.

Ricardo Sequeiros Coelho (Cool Earth Blog) commented that Monbiot ‘managed to surpass the nuclear power lobby in the downplaying of the Fukushima disaster.’

‘His arguments are as far-fetched as they are deceiving. It is worth to discuss them in detail, going through four strategies that he uses to make his point,’ he said.

Coelho feels that Monbiot has:

‘Nuclear power enthusiasts like to say that the damage to human health from Chernobyl was negligible,’ which Monbiot sides with, ignoring some important statistics.

‘The danger of a nuclear meltdown on Fukushima is still long from gone…We still don’t know how much radiation was leaked into the surrounding area, how many people are going to be exposed and what the consequences will be,’ comments Coelho.

Coelho believes that ‘Monbiot bases his argument for nuclear power on the false choice between nuclear winter and global warming. If we don’t have nuclear power, the argument goes, we will need to use coal, and we’ll all die from climate change. If we use nuclear power instead, only some people die.’

In December 2009, Coelho saw George Monbiot in a debate on nuclear power in the KlimaForum.

‘(Monbiot) claimed that he changed his stance from neutrality to opposition to nuclear power because the risks are too high … he mentioned how there is no regulatory system that is reliable enough to assure us that radioactive waste won’t be just thrown into the sea, as some has been in the last decades. Now, he uses the most ridiculous, cynical and even dishonest arguments to support nuclear energy, destroying the image of a journalist who is serious about his use of sources.’

Perhaps this is a good example of the need for discretion and intelligent consideration when we are sent opinions via the internet. Was there perhaps something else behind old George’s sudden conversion? To me it seems highly likely.