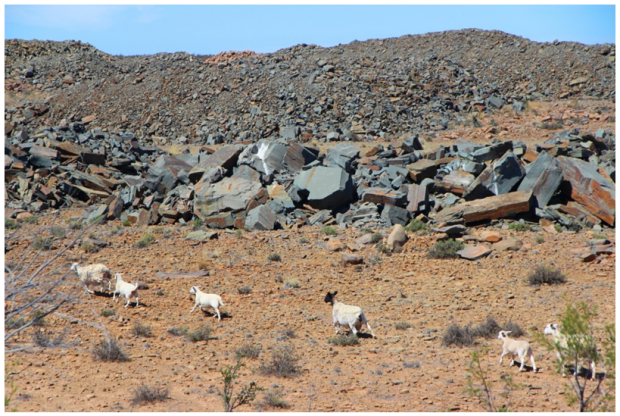 Mining uranium to provide fuel for nuclear power stations can affect the health of people and livestock across vast expanses of land. Image: Cramers

Nuclear energy is a false solution to climate change. Research into costs, timeframes and lifecycle carbon costing shows that even if nuclear energy did not emit radiation during operations or leave us with toxic waste for thousands of years, it is too expensive, too late and not carbon-free.

In addition, nuclear power needs uranium as fuel, which comes from uranium mining. There are advanced plans to surface-mine for uranium across hundreds of thousands of hectares of the Karoo, which would result in degraded land, polluted water, and serious long-term health impacts on communities across the region. The wind would blow radioactive uranium dust for many hundreds of kilometres across the Karoo, tainting everything with uranium dust, affecting animals, insects, plants, and people. Is this a fair or reasonable burden to place on land and people that are already experiencing the harsh realities of climate change?

Adapting to climate change will need resources. Government resources are limited, and every rand that goes into the coffers of the nuclear industry is one less rand for other national priorities, such as responding to climatic changes that have already happened. We need food and water security, and infrastructure investment that responds and adapts to a hotter, drier, harsher climate, with more frequent extreme weather events. Building resilience to climate change requires resources, both human capacity and financial.

A suite of decentralised renewable energy options is the solution to mitigating climate change. It is much less costly than nuclear energy and if delivered correctly, can provide sustainable energy to many marginalised communities who currently are forced to use firewood or paraffin and endure the accompanying ill health. Renewable energy achieves both mitigation and adaptation in one step. But such solutions also need government intervention, and any government programme needs a system of good governance to ensure that the benefits reach their intended recipients.

The manner in which the nuclear deal is unfolding shows clearly that democratic institutions and due process and procedures are being undermined. SAFCEI together with Earthlife Africa Johannesburg (ELA Jhb) have taken the South African government to task, challenging in the courts the Russian nuclear deal that South Africa signed in 2014. “This is an issue of ethical governance, we need to make a stand against abuse of state institutions and procedures to enrich the few,” says Liziwe McDaid, SAFCEI spokesperson. The court challenge was launched in October 2015, and the case will be heard in the Cape High Court on 13 and 14 December. 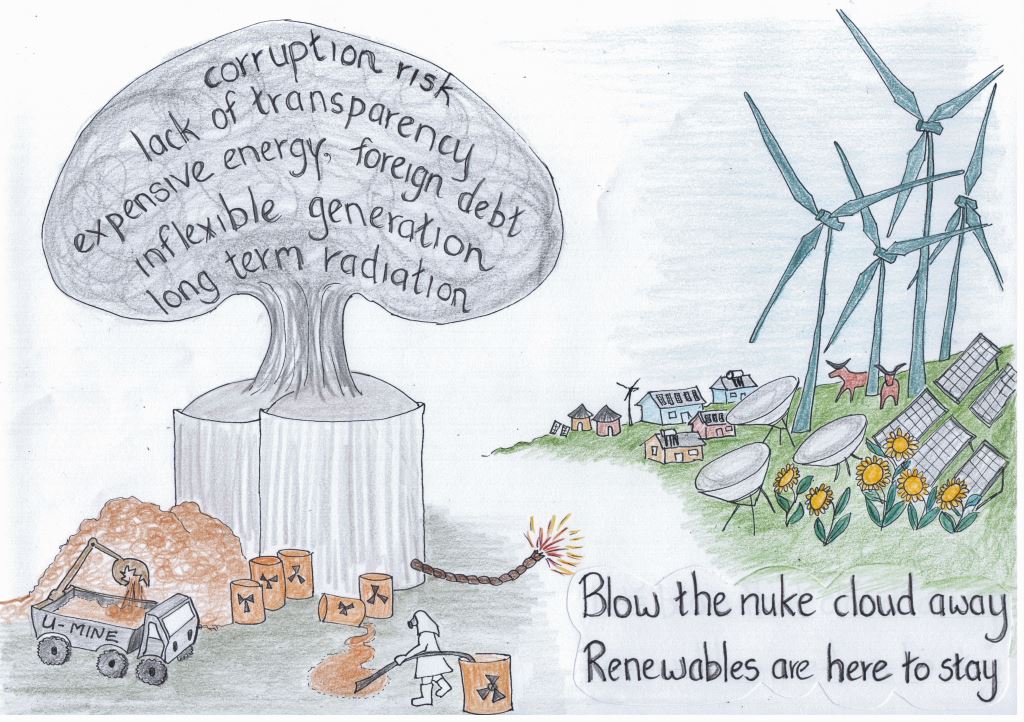 In recent weeks, a number of additional issues concerned with the nuclear procurement have emerged, including the idea that Eskom will now take over the nuclear build. 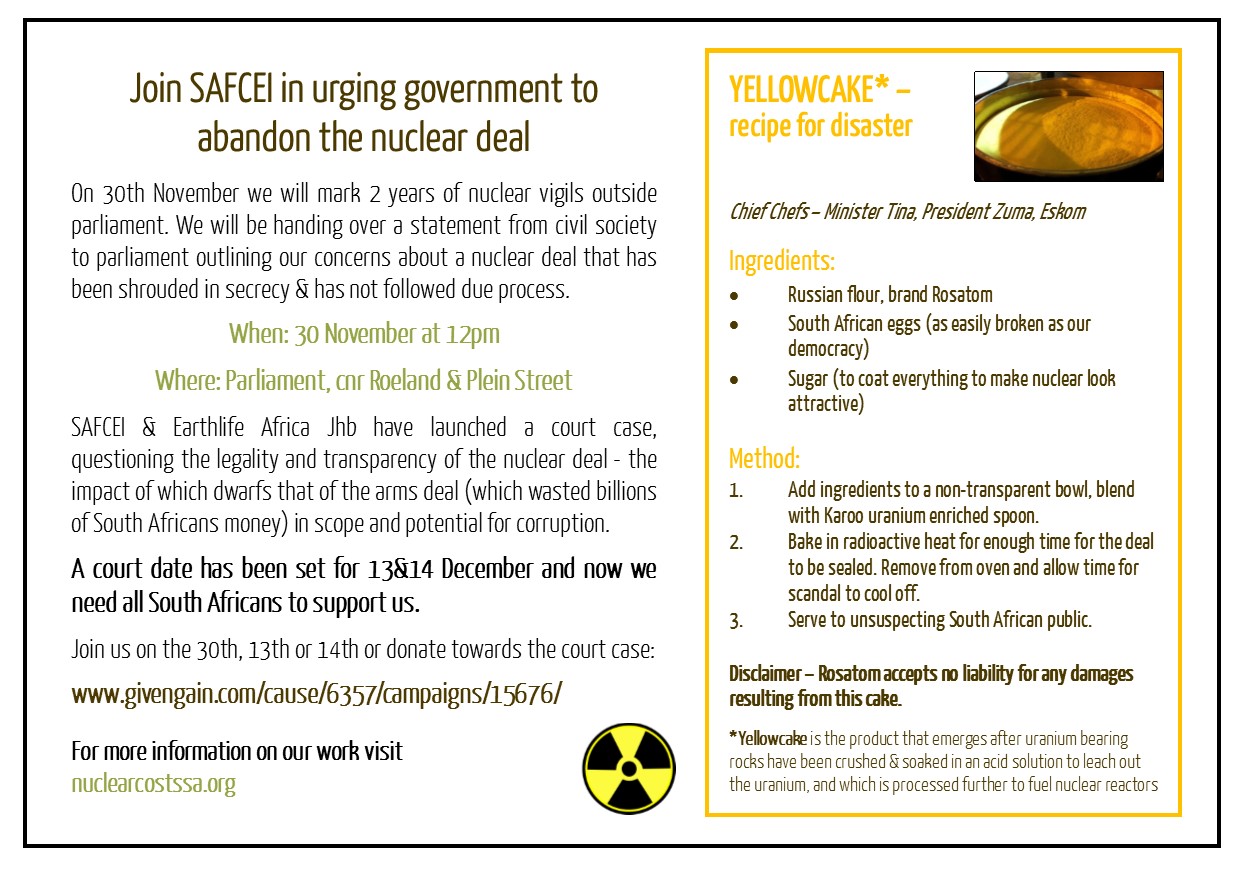 At this stage, our government priorities appear to be focused on nuclear, which will be to the detriment of other inexpensive, sustainable and safe solutions that will enable vulnerable communities to respond and adapt to climate change. “We should not be wasting time and a lot of money even debating the need for nuclear power in South Africa,” says SAFCEI Executive Director, Venerable Ani Tsondru: “Decisions have been kept from the public, decisions that involve spending a trillion rand or more of our money – money we need for health and education and housing – all without following the due process required by our constitution and laws. This is immoral and unconstitutional”.

Support SAFCEI in their court challenge of the nuclear deal

SAFCEI is calling on all the people of South African to support the court challenge to the nuclear deal.

We will be marking 2 years of holding nuclear vigils in front of parliament on 30th November. We will be handing over a statement from civil society outlining our concerns with a nuclear deal that has not been transparent or followed due process. Those in Cape Town are warmly invited to join us at 12pm in front of parliament, to call on government to abandon the nuclear deal.

Show your support by: