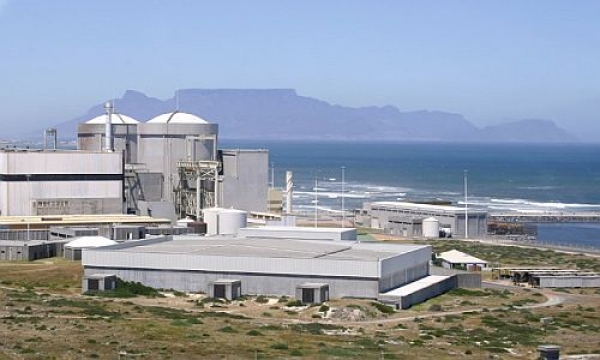 Greenpeace Africa and the South African History Archives have lodged a formal complaint with both the Public Protector and SA Human Rights Commission with regards to the second refusal by the Minister of Energy to publicly release the Integrated Nuclear Infrastructure Review (INIR).

The review was compiled by the Department of Energy to assess South Africa’s readiness to build nuclear power stations in SA, and was discussed with the International Atomic Energy Agency (IAEA) at a closed workshop in SA in October 2012. Senkhu Maimane of SAHA said “the people of South Africa have as much right to know the contents of the review document as the IAEA.”

The process was meant to establish South Africa’s readiness to develop nuclear power stations in the country. There are 19 criteria set out by the IAEA that must be assessed. This includes funding and financing, legislative framework, radioactive waste, and the independence of the regulatory body amongst others.

“These criteria clearly show that South Africa lacks the capacity to build new nuclear power stations. We have neither the money nor the skills to develop nuclear power. So the question is: why would the Department share the document with the IAEA but not share it with South African civil society? What has the government got to hide?” said Greenpeace Africa energy campaigner Ferrial Adam.

Greenpeace Africa plans to seek legal advice on the rejection of the Protection of Access to Information Act (PAIA) request.

“The continued secrecy and lack of engagement with civil society will lead to poor governance and corruption as we have already witnessed in the arms deal. The issue of transparency is a critical one” concluded Adam.

Koberg in Cape Town is currently SA’s only nuclear power station, though that might change soon unfortunately.