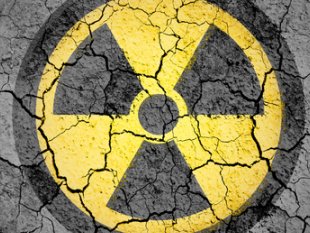 Most of the country are unaware that there has been a long standing process to try and get compensation for workers illegally exposed to nuclear radiation at NECSA (Nuclear Energy Corporation of SA) for some years now, from Parliamentary hearings to being taken to the Public Protector, with little result.

An ex-worker who has been battling since mid-2000 for compensation, was being hunted by NECSA accompanied by police in Attridgeville this week.

“I was retrenched in 1991 after becoming ill. No reasons were given but the people asking difficult questions about their health and working conditions seem to have been targeted”, said Sipho Jaca this week. “I went to see a doctor and he sent me for tests. These found that I have Graves disease and my body is sick all over. I was sent for nuclear medical therapy. It did not cure me.”

“It seems that directives from Parliament are being ignored, and that the Public Protector is reluctant to challenge the industry – which sets a poor record to hold the nuclear industry to account in the future,” said Muna Lakhani of Earthlife Africa (ELA).

ELA is a member of TSUNAMI, a coalition of over 50 anti-nuclear organisations.

“Given that the country is planning to spend around R1 trillion on future nuclear projects, the precedent is of great concern,” said Lakhani.

At a Parliamentary Portfolio Committee meeting in 2007, a directive was issued that occupational illness issues of former employees at NECSA that were raised at public hearings on nuclear energy must be fully investigated and, among several recommendations, also that the cases would be referred to the Human Rights Commission (HRC).

But no action ensued, and the chairman of the committee, Langa Zitha, was replaced. Subsequent Parliamentary committee meetings instructed the National Nuclear Regulator (NNR) to investigate the matter as it is mandated to protect workers and, again, this instruction came to nought.

In early 2001, a group of the ill former employees from NECSA’s Pelindaba complex, who in 2006 had been among 208 others who were examined by an occupational health expert, Dr Murray Coombs, approached the Public Protector for assistance in their bid for justice, and compensation.

However, the matter has resided at the PP’s office ever since, and despite recommendations by an investigator of the PP that NECSA would be summoned to a round table ‘alternative dispute resolution’ (ADR) mechanism with the affected workers at which the PP would arbitrate in the matter of their compensation, this never occurred.

Instead, when the workers arrived for the meeting in July last year, they were locked out of the PP’s offices, but an official in the PP’s office, Risenga Maruma, undertook to subpoena NECSA to the meeting within 14 days saying NECSA had repeatedly been unable to confirm a date for the scheduled meeting.

The subpoena also did not occur, and upon inquiry by the Pelindaba Working Group that has been assisting the affected workers, the PP’s investigator, Terrance Naidoo, said the investigation had turned focus on the Compensation Commission as NECSA had rejected the ADR and also because ‘liability must be legally proved’.

Liability was, however, proved in terms of Coomb’s report in 2006, which found clear evidence of occupational illness in the majority of the 208 workers he examined.

The matter has not progressed since then, and the PP’s office has not been able to inform the Atteridgeville-based workers why this is so.

People are asked to write to the Public Protector, asking why there has been no justice for these workers.