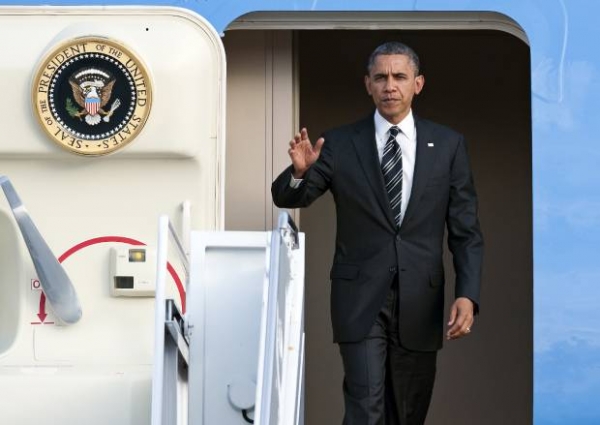 Environmentalists aren’t too impressed with President Obama heading into his second term.

In his first press conference since re-election, Obama conceded that climate change legislation was not a top priority. And on Thursday, before Obama toured storm-battered New York City, White House press secretary Jay Carney acknowledged that despite pushing from liberals, “We would never propose a carbon tax and have no intention of proposing one.”

Obama trumpeted climate change and cap-and-trade legislation in his run to the White House four years ago, calling a warming planet a national security threat that required immediate attention. He framed his own election as a time “when the rise of the oceans began to slow and our planet began to heal” – a declaration that rings hollow to some as Obama puts climate change on the back burner.

“Basically, the president punted,” said Frank O’Donnell, president of the nonpartisan Clean Air Watch. “Environmental groups assumed that because many of them have access to administration officials, that would translate into action. They ought to be furious.”

dissatisfaction on both sides

Obama is in the unique position of being lambasted by the Left for not doing enough on the environment while skewered by conservatives as beholden to green interests.

The bankruptcy of Solyndra, among other green energy companies that received taxpayer dollars only to struggle, has clouded Obama’s broader energy agenda. And the Obama administration’s decision to block part of the Keystone XL pipeline, which would deliver oil from Canada to the Gulf Coast, has prompted bipartisan criticism.

The president consistently touts new fuel efficiency standards for vehicles and tougher Environmental Protection Agency rules that limit carbon dioxide emissions from power plants. But those achievements are little consolation for environmentalists, who point to Obama’s own words in his re-election speech, in which he envisioned an America that “isn’t threatened by the destructive power of a warming planet.”

“Where does climate change stand on the president’s list of priorities?” asked Jeremy Symons, senior adviser with the National Wildlife Federation Action Fund. “That is not at all clear. The president needs to step up to the plate.”

not the only lukewarm one

Some analysts said Obama’s measured tone on climate change is a reflection of the current political atmosphere.

“If you look at the polls, what you find is that the environment ranks relatively low on voters’ list of priorities,” said Kenneth Green, an energy policy analyst at the American Enterprise Institute. “And it’s very hard to believe a carbon tax would ever survive the House of Representatives.”

With a series of tax increases looming, Obama declined to back a carbon tax. The Brookings Institution recently estimated gasoline and electricity costs would increase up to 10 percent if carbon dioxide were taxed at $20 per ton.

But environmentalists say Obama’s reluctance to risk political capital on climate change is unbecoming of a president who once made the topic a centerpiece of his political brand.

“We’re absolutely not satisfied with how President Obama has been approaching climate change,” said Brad Johnson, campaign manager for ClimateSilence.org, an environmental group. “He was a strong and vigorous leader on climate action. Unfortunately, the strategy that he ran on the first time didn’t come to fruition – and he never presented a new plan.”