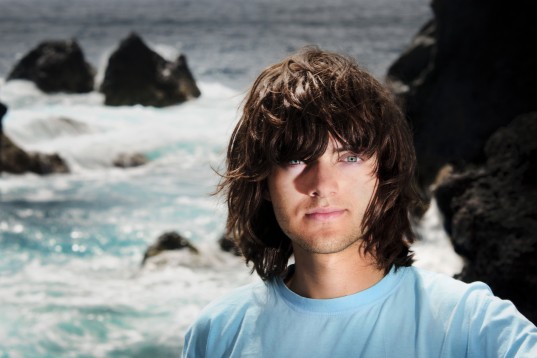 Last year we reported on teenage inventor Boyan Slat’s plans to create an Ocean Cleanup Array that could remove 7,250,000 tons of plastic waste from the world’s oceans.

His proposal for an anchored network of floating booms and processing platforms received a lot of criticism – but now, just over a year later, Boyan is back with the results of a year-long investigation that shows his invention does offer a feasible method to rid the world’s oceans of plastic pollution. In fact, he claims that a single array could remove half of the plastic in the Great Pacific Garbage Patch in just 10 years.

The year-long study sought to determine if Boyan Slat’s array is indeed a feasible ocean cleanup method. The result? According to the independent experts who have read the full 530-page report (which is even wrapped in plastic recovered from the oceans): it is.

The study conducted many tests to see if the array was feasible, including a proof-of-concept test performed at the Azores Islands. This test measured the design’s capture and concentration potential using a floating barrier with a skirt depth of 3m (the depth at which most plastic is found).

The array successfully captured floating bits of ocean plastic without catching large amounts of zooplankton. Slat explains that the captured plastic can be recycled through processes that turn it into oil.

So what are the real-world implications? Although the array still needs to be tested at full scale, Slat believes that it could actually clean up the infamous ‘Great Pacific Garbage Patch.’ In fact, Slat theorizes that almost half of the plastic could be removed within ten years’ time.

One of the chief critics of Boyan Slat’s Ocean Cleanup Array is Stiv Wilson, who wrote an article for Inhabitat detailing how the Ocean Cleanup Array was a flawed design. Wilson, who is the policy director for 5Gyres, called the cleanup array a ‘fool’s errand’ and added that Slat’s ideas were ‘nothing new’. Wilson said that ‘gyre cleanup’ was a “false prophet hailing from La-La land that won’t work” and “Slat’s project is in the fairy tale phase…”

In his response to Stiv Wilson and other critics, Slat said: “This week, I presented the results of a year-long study me and my 100 colleagues have been working on. The 530-page report has been authored by 70 people, and [it] concluded my concept is indeed likely a feasible and viable ocean cleanup technique. The conclusion has been peer reviewed by external experts. And because the now outdated plea by Mr. Stiv Wilson contains most arguments, I will hereby compare and contrast these arguments with what the research showed us.” 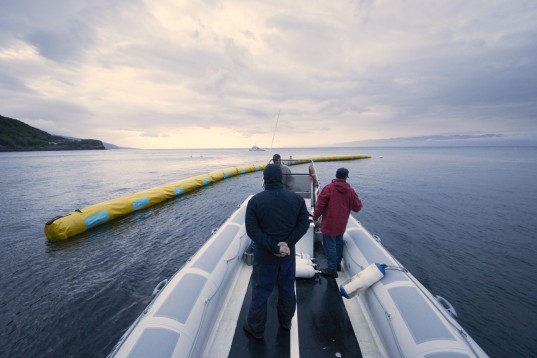 Not only does the report say that the design is sound, but patents have been filled for the boom’s unique mooring system. Whereas critics claim million of arrays would be needed, Slat points out that only one would be required to remove half the plastic in the Great Pacific Patch.

The next step is its implementation. In a statement, Slat said, “The Ocean Cleanup will act as a facilitator for the research, outsourcing most of the fundamental research to institutes and collaborating with offshore and engineering companies to cover most of the costs. Based on this approach, The Ocean Cleanup now seeks 2 million dollars for the execution of this next phase, for which it now has announced a new crowdfunding campaign.”

Slat emphasizes: “Although a cleanup will have a profound effect, it is just part of the solution. We also need to close the tap, to prevent any more plastic from reaching the oceans in the first place.”