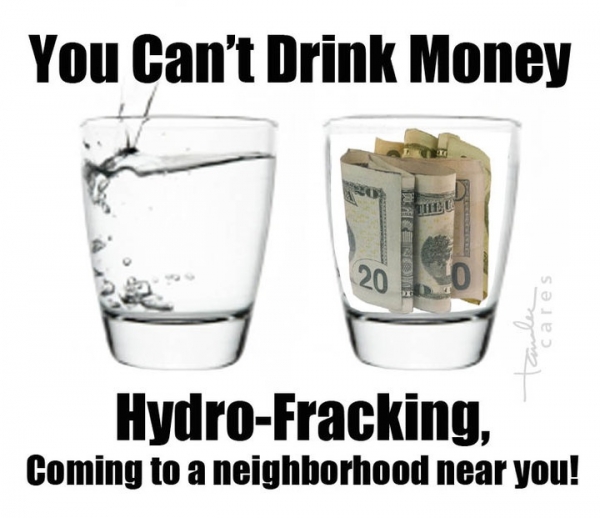 Dating back to the 1970’s and the emergence of the environmental movement in the US, multi-national corporations were schooled to trivialize environmental viewpoints.

A simple, ‘You’re being emotional, we’re scientific’, was often sufficient to render the argument of environmentalists powerless in the face of economic forecasts and industry spin.

The advent of the ‘cost-benefit’ analysis was particularly daunting for the environmental lobby, as for the first time, industry was able to place an arbitrary value on the environment to support its case for development. Anyone opposed to the development of a natural resource was shrewdly positioned by industry as being opposed to the growth of the economy, and a stumbling block in the path of the unemployed.

And so, environmentalists shied away from an area that they perceived to be the strong ground of their opponents. Today in South Africa, and around the world, there’s a new breed of environmentalist, and the oil and gas industry appear to be unsure on how to deal with them. In South Africa, we’re not simply advocating a thorough cost-benefit analysis – we’re insisting on it.

In the book ‘Retaking Rationality’, Richard L. Revesz and Michael A. Livermore, professors at New York University make a strong case for environmentalists to apply cost-benefit analysis as a tool. “It is time for progressive groups and ordinary citizens to retake the high ground by embracing cost-benefit analysis”, they say.

Referring in their text to the ‘emotional’ label used by industry, they offer their view on the distinction between ‘thinking’ and ‘feeling’: “The difference between unthinking – failing to use the best tools to analyse policy – and unfeeling – making decisions without compassion is important – both lead to bad policy. Calamities can result from the failure to use either emotion or reason. Our emotions provide us with the grounding for our principles, our innate interconnectedness and our sense of obligation to build on that emotional foundation, and act effectively to bring about a better world.”

Now, in South Africa, the ‘emotional’ label has, in the last 15 months, been applied so often by the applicants to frack – and the government departments whose brief it is to exploit our mineral resources, that the anti-fracking lobby has of necessity eschewed any connection with that state-of-mind. This is not to say that we reject the role of emotion in reviewing information and making decisions, but rather that – at this stage – the language must be so science-and-fact based that it consequentially ignores emotion.

There will be time enough for value-based considerations if this debate reaches the Constitutional Court, where the anticipated results of the actions of the shale gas industry and their proponents would be tested against our Bill of Rights.

And so, to the fact-based argument against fracking in South Africa; there are at least seven fundamental reasons why the applications to mine shale gas should not succeed. Some of these reasons present, in my view, insurmountable obstacles on a global scale. Others are germane to the South African context and the current applications.

Still banned in many countries

As at 22nd April 2012, shale gas mining is banned or under some form of moratorium or restriction in no less than 141 places globally. The list spans a spectrum that embraces villages and whole countries, such as France and Bulgaria.

Essentially, this means that there are millions of people, represented by their governments, who choose not to licence fracking where they live, get their drinking water, grow their crops, produce meat and raise their children.

There has been no answer from the applicants or the government in South Africa to this conundrum – this undeniable fact that presents a remarkably divergent view of fracking from the one enrobed in corporate marketing campaigns. And my contention is that, until an intelligent and conclusive answer is provided, the moratorium on fracking in this country ought to stay in place.

There is a dearth of consensus surrounding the technology and its costs and benefits. Scientists and economists on both sides of the debate have weighed in on aspects ranging through carbon emissions, job creation, pollution, the life span of wells and many other hotly debated issues.

Papers and viewpoints, many of them peer-reviewed are analysed and dissected by pro-and-anti groups, who alternately greet new reports with glee or dismay. The simple point is that although even the best science cannot be expected to be infallible, there is at this time, a gap in the opposing positions of the scientific and academic community that is too large to be ignored.

The onus of proving the alleged bounty of shale gas mining is accordingly placed on those who seek to alter the status quo.

Lack of monitoring and enforcement

This fact highlights a larger problem related to mining operations in SA; the ability of state agencies to monitor and enforce environmental, safety and financial standards is dramatically inadequate.

Not only in respect of existing mining operations but perhaps more especially in the policing of an industry that is challenging these standards even in much better funded and controlled environments such as the US.

South Africa does not possess any fracking-specific laws, guidelines or even policies. Perhaps the prime example of the relevant legislative developments in the USA is that which was produced by the New York State Department of Environmental Conservation in its environmental impact statement (“the revised draft SGEIS”) released in September 2011.

The South African situation is similar to the current situation in New York State in that, not only is there a lack of fracking-specific legislation, fracking operations can not, due to what is now an extended moratorium, be authorised.

There is, however, a crucial difference between those jurisdictions where the lawmakers are currently fashioning fracking-specific legislation, such as New York State, and the current South African approach to fracking.

The difference is that fracking has already been undertaken in the USA and it is only now, as a result of a massive public outcry and perhaps the staggering number of fracking-related lawsuits, that legislation is being drafted to address the public’s concerns. In other words, the horse has already bolted, so to speak, and the legislator is now trying to close the stable door.

The Department of Minerals (DMR) is on record as stating that ‘the task team report will be completed and presented to Cabinet by the end of March 2012’.

The Americans, in the second investigation into fracking, are taking no less than four years to deliver a final report in 2014. Data contained in the DMR affidavit indicates that the task team was unclear as to its mandate and composition as late as the end of August 2011.

On this basis, it is both reasonable and logical, to ask if SA should be making an irreversible decision to permit shale gas mining, on the basis of an inadequate report – a report compiled in around one tenth of the time to be taken in the US, and from across the Atlantic. A report which excludes input from key ministries such as Transport, Tourism, Agriculture and Rural Development.

Promises in national media to ‘make an ecological example of the Karoo’, and to ‘leave the Karoo better than we found it’ when juxtaposed with a litany of shale gas environmental violations in the US in 2011, by the very companies who have made these promises in SA, do nothing to advance their case here.

Sight of the questionnaires applied in a ‘public opinion survey’ is refused by the company who conducted the industry funded survey, which alleges that more than 75% of South Africans are in favour of exploration of SA shale gas reserves. Why is it that the questions on which this result is alleged are concealed?

Under South African law, the environmental cause is championed by the National Environmental Management Act (“NEMA”) which dictates that development, which would include the development of a shale gas mining industry, “must be socially, environmentally and economically sustainable.” Significantly, in relation to this principle of sustainable development, NEMA dictates “that a risk averse and cautious approach is [to be] applied, which takes into account the limits of current knowledge about the consequences of decisions and actions.”

In other words, in line with the precautionary principle, South Africa’s premier environmental statute dictates that when considering the possible advent of fracking in South Africa, “a risk averse and cautious approach” must be adopted.

And so, to return to where we commenced, this debate has become fact-based and scientific. Pro-fracking industry should be compelled to answer reasonable questions and satisfy their obligation to prove that fracking is a benign technology. Government, before giving fracking the nod, even for exploration, ought to be convinced that shale gas mining is the best, and most sustainable mechanism for South Africa to create employment, generate energy and solve our greenhouse gas emissions challenges.

My contention is that this could logically be achieved on the back of a process which should include thorough scientific investigation – in line with the recommendation of Shell’s own consultants, who advised that “SA should not decide before the US EPA results are released”. The science alone may not make a case for shale gas mining, and this is where the cost-benefit analysis will serve SA.

A comprehensive and properly structured analysis would take into account not only the industry claimed benefits of shale gas, but would of necessity also scientifically and economically consider the value of South Africa’s natural capital – ecosystem services, provided unfailingly by the delicate balance of nature.

These include the ability of the environment to provide water, grow crops, produce meat, regulate the weather and earn money from tourism. It may be worthwhile too, to consider the ability of alternative technologies to generate energy and jobs whilst reducing SA’s carbon footprint, and also to take into account the existence of substantial natural gas reserves offshore, where many of the contentious issues related to fracking may be less so.

Whether one chooses to call this a cost-benefit analysis or a strategic environmental assessment, I believe that to proceed further down the road in SA in the absence of such a process is to impetuously count chickens before they’re hatched and place carts before horses.

Don’t Frack With The Karoo! Join the Karoo anti-fracking group.