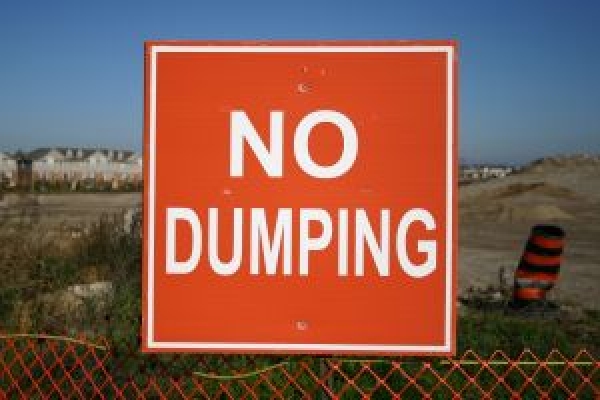 “Illegal dumping and environmental crimes are a huge burden to the City both operationally and financially. Not only do these contraventions mean that resources that could be better spent are used on clean-up operations, but it is an extremely dangerous activity that puts communities, especially children, at great risk. As part of our efforts to build a Safe City, we will continue clamping down on those guilty of these by-law contraventions,” said the City’s Mayoral Committee Member for Safety and Security, Alderman J.P. Smith.

During the operation, officers encountered at least 12 illegal dumping contraventions for which Written Notices to Appear in court were issued; this was mostly in the Philippi Horticultural area, where severe dumping was encountered. With most of these notices, an Admission of Guilt fine of R5 000 is payable by the offenders.

Vehicle checkpoints were also set up in four locations where officers issued various fines for traffic violations that included unlicensed motor vehicles, unlicensed drivers, and other vehicle defects. Officers searched vehicles for illegal possession and transportation of poached items and any contraventions of the Marine Living Resources Act.

As part of the operation, the Collections Section of the Solid Waste Management Department partnered with Law Enforcement, resulting in the confiscation of 27 wheelie bins that had been illegally acquired. Officers also removed 17 informal traders operating illegally at intersections in the Bellville/Brackenfell area.

At least two of the sites visited had significant environmental degradation and will be handled through joint action by all relevant authorities. A site where illegal sand mining was taking place has been referred to the Department of Mineral Resources for investigation.