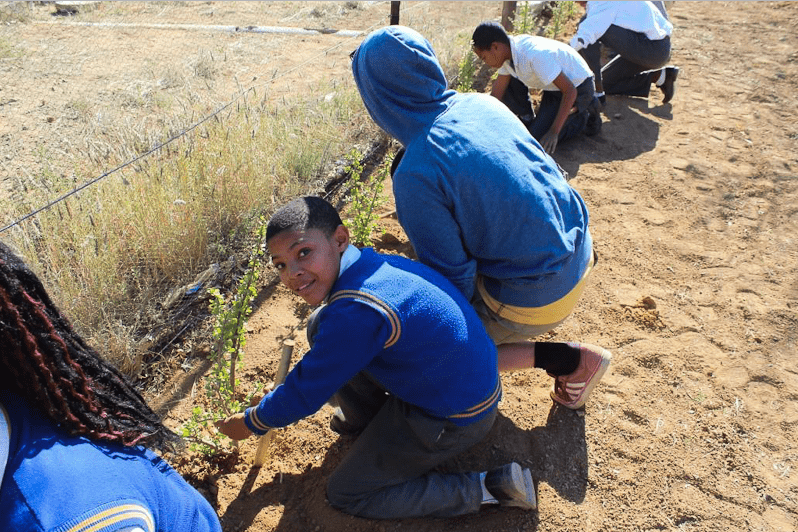 Portulacaria afra is a South African succulent that is widespread across the country, growing in most gardens and urban areas. What makes it such a popular house plant is due to it’s superb tolerance to drought and wind. Portulacaria afra is often referred to as Spekboom (in Afrikaans) or Porkbush (in English) and is part of the Portulacaceae family.

It occurs naturally in the warm areas of the Karoo, as well as parts of the Eastern Cape to KwaZulu-Natal. It is often seen growing on rocky slopes and in the bushveld. This plant is so well adapted to the dry, harsh conditions of the African bushveld that it can easily thrive where most plants falter.

The Spekboom is a small tree shrub, that remains evergreen throughout the year, growing up to a size of between 2- 5m, and as wide as 2m in diameter. It has small, round leaves that are a bright green color, but can fade yellow depending on the climate and geography. The plant blooms from late winter, and is soon covered in a wonderful display of small pink flowers. The plant plays a crucial role in the ecosystem as a provider of food. The leaves are a favourite of many animals, especially the tortoise. In the Eastern Cape the plant is grazed by elephants, of which graze on the top branches of the Spekboom. It is also grazed by domesticated animals like the goat or cows. 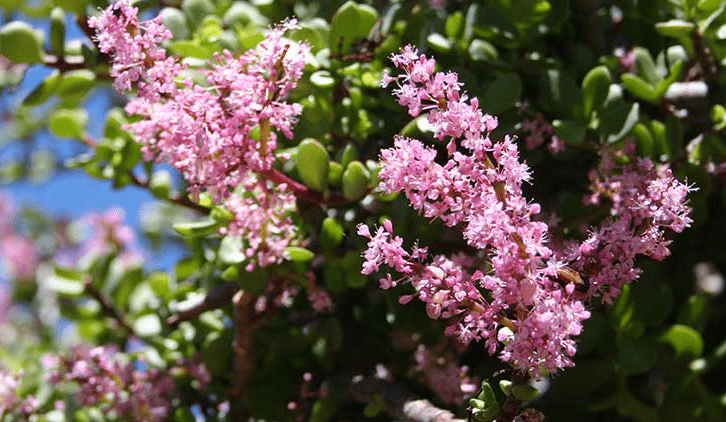 Not only is the Spekboom attractive, hardy, and fast growing, but it is also excellent at storing carbon, a trait that has pushed this plant into the spotlight. Research conducted on the plant estimates that an average cluster of Spekboom have the capabilities to store up to 4 tons of carbon per year. Carbon is released into the atmosphere because of the burning of fossil fuels. The rate of which carbon is being released is far greater than that which the earth can naturally absorb, resulting in global warming; causing heat from the sun to be trapped in the atmosphere.

The plant uses a form of Crassulacean acid metabolism (CAM) to absorb inorganic carbon (CO2) from the air and convert it into organic compounds. This CO2 enters through the stomata of the plant during the night. CAM is a form of carbon fixation that occurs in arid regions where a plant adapts to the hot, unfavourable conditions of the day. The plant closes its stomata in the leaves during the day to reduce evapotranspiration, but opens at night to collect carbon.

The Spekboom is a highly specialised CAM plant that is able to absorb up to 100 times more carbon than a pine tree of similar size. Awareness around the importance of reducing carbon emissions and the necessity of creating carbon sinks came about with the Kyoto Protocol. 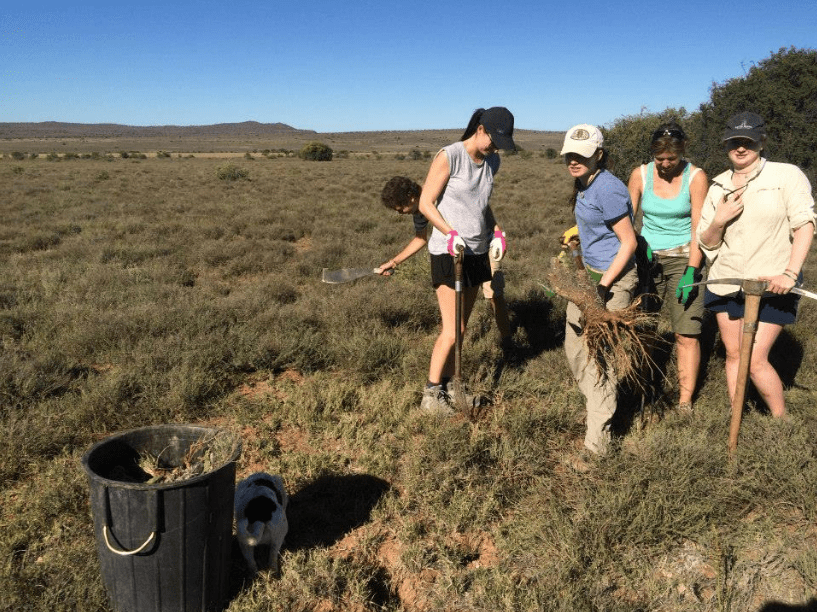 One such carbon sink is in the form of a natural sink created by photosynthesis in plants. These sinks help offset the emission of carbons like those from emissions of fossil fuels or unsustainable farming. Because growing vegetation takes in carbon dioxide, Samara has been implementing a Spekboom carbon sink project since 2010. The private game reserve has allocated 10000 hectares for the initial rehabilitation.

The aim is to help contribute to fighting climate change and regenerate land that had previously been over-grazed by planting Spekboom. The first area of planting was done on the 4th of May 2010 by learners of Spandau Secondary School in Graaf-Reinet. By regenerating this land, they are hoping to restore the natural ecosystems that once flourished in these areas before overgrazing by livestock occurred.

This allows for the long term preservation of natural habitats, in which these children can visit and appreciate for many generations to come. The Spekboom is becoming synonymous with carbon emission reduction, and has even been given it’s own Facebook page. 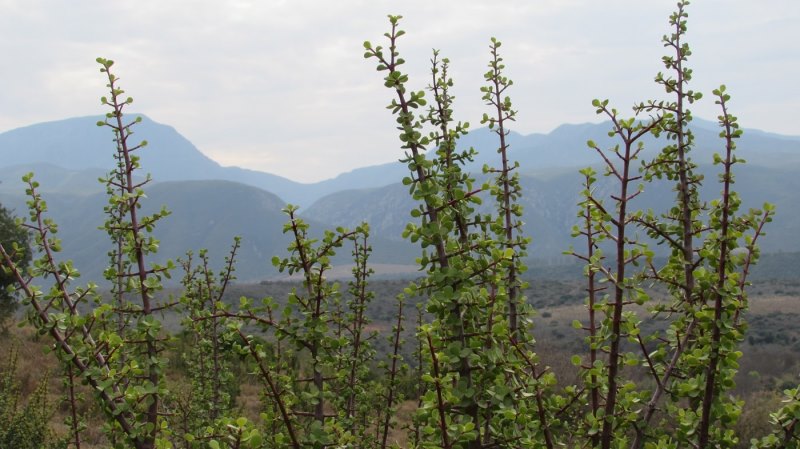 The game reserve encourages all visitors to participate in the planting of a young spekboom. It is a beautiful gift back to the Earth, and allows guests to feel part of the greater good in terms of this magical wilderness. Volunteers in South Africa whom work on the reserve can expect to really engage in the expansion of this project, and get to learn about the scientific background of the plant and its properties.

The replanting of this succulent species is labour intensive, and can lead to job creation in the country. It is becoming an increasing trend amongst Eastern Cape parks to grow Spekboom for it’s carbon absorption and benefit from the carbon credits earned. Whilst carbon trading is criticised as “green cover” for corporations to continue polluting but appear to be environmentally conscious, the parks benefit from the income which allows for further improvements in their structure and care of the wildlife.

Wildlife has a fundamental value to the ecosystems in which they are found. They form part of a larger chain that keeps the biodiversity in balance. Biodiversity sustains all life on Earth. This systems allows life to exist, reproduce and thrive. A loss of biodiversity affects not only the wildlife in it, but all the goods and services provided by nature that we often take for granted. Clean drinking water, fresh food, clothing and health are all outputs of nature and are fundamental to humanity’s well-being. With heavy increases in human populations, the onset of climate change and the unsustainable development and grazing of open spaces, these resources are at risk. 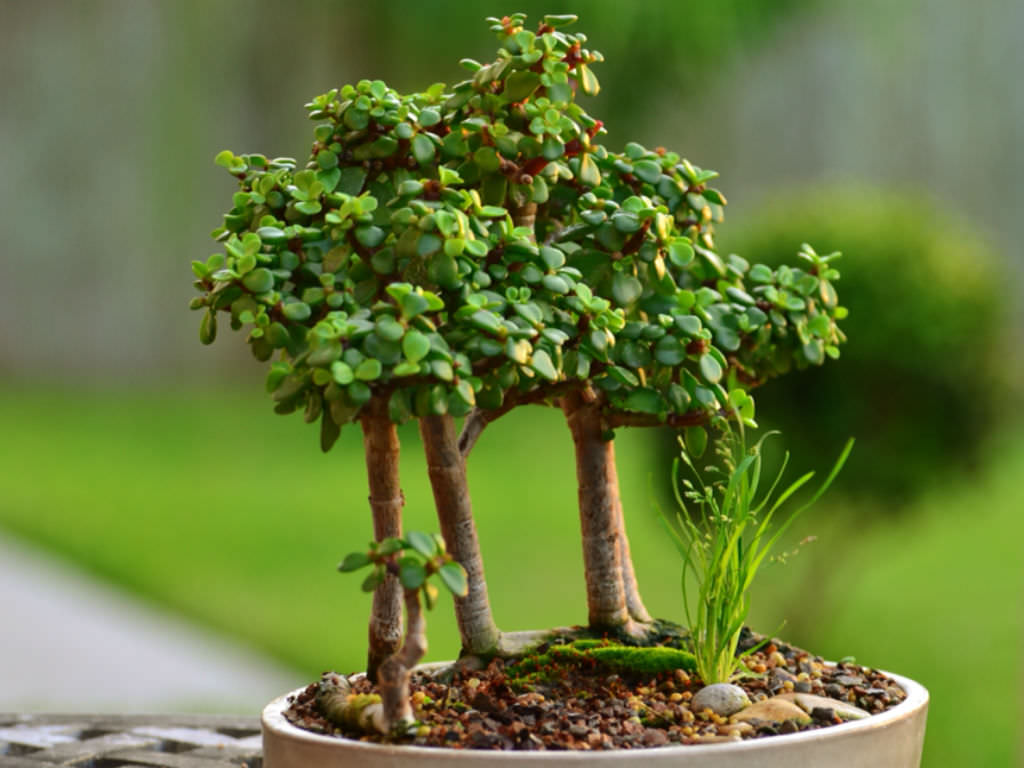 Wildlife also holds an economical value. That is, wildlife and natural landscapes generate income for national economies through tourism. Eco-tourism is a major source of revenue in South Africa, and creates massive job opportunities for local communities. Through conservation and awareness we can help protect these vital channels. Efforts, such as that of planting indigenous species, helps to serve a magnitude of purposes. It reintroduces diminishing species back into their natural habitats, whilst also helping to alleviate other issues, such as carbon emissions.

You can help support our precious wildlife by getting involved in your own household, community and country. There is a wealth of information available online that can help you make small adjusts to your lifestyle and thinking. One need not look far to find a group or organisation in need of help, donations, volunteer work, or even just your voice. Let us give back to the Earth and try be more conscious about what is happening around us, because one day, it may be gone.

Find out more about the project here.