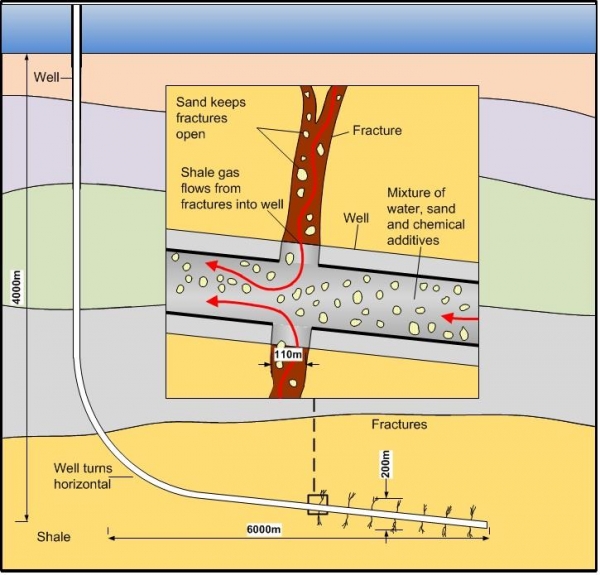 PetroSA wants to explore the possibility of hydraulic fracturing to improve the productivity of three of the development wells currently being drilled 110km offshore of Mossel Bay.

In an advertisement that recently appeared in Die Burger, environmental assessment consultant WorleyParsons and PetroSA expressed their intention to amend their existing production right and Environmental Authorisation and Environmental Management Programme for the F-O field development. The application for amendment is to allow for well stimulation (hydraulic fracturing) ‘to improve productivity of three of the development wells currently being drilled 110km offshore of Mossel Bay’.

According to the advertisement, PetroSA has been exempted from submitting a scoping report, as the application is an amendment of an existing Environmental Authorisation.

WorleyParsons is conducting an Environmental Impact Assessment (EIA) and will assess a number of identified key environmental and social impacts that such project might have.

PetroSA confirmed that the intended project is part of Project Ikhwezi.

“It is of utmost importance to note that at this time, the Final Investment Decision has not yet been made and will be taken on the basis of the engineering work, risk assessments and results of the Environment work being completed,” the company stated in reaction to media queries.

After drilling and completing the already approved wells, the formation would be fractured to increase the reservoir’s productivity. Fracking increases the amount of exposure the well has to the reservoir and provides a channel through which gas can flow easily into the well. This is according to the information document, available on https://africaenviro.worleyparsons.com.

It is estimated that the vessel may have to make about five trips per well between the port and the F-O Field, due to its limited carrying capacity.

Potential impacts identified are, most noteworthy:

If the application is turned down, PetroSA will continue with its F-O Field development as per the existing Environmental Authorisation. This will result in a shortened life expectancy of the gas-to-liquid refinery if the wells do not produce as expected.

This model explains hydraulic fracturing under the seabed.