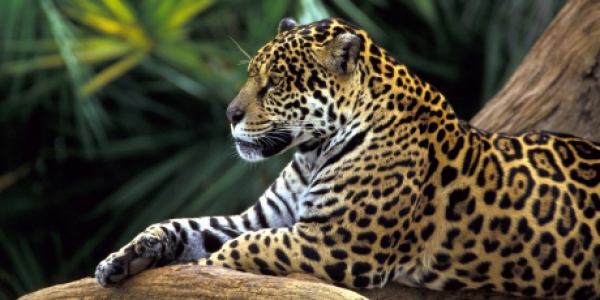 There is one area of the Ecuadorian Amazon that is so pristine that the whole ecosystem has been preserved and even jaguars roam free! But the government is now threatening to go in and drill for oil.

The local indigenous people have been resisting, but they are afraid that oil companies will break up the community with bribes. When they heard that people across the world might stand with them and make a stink to save their land, they were thrilled. The president of Ecuador claims to stand for indigenous rights and the environment, but he has just come up with a new plan to bring oil speculators in to 4 million hectares of jungle. If we can say ‘wait a minute, you’re supposed to be the green president who says no one can buy Ecuador’, we could expose him for turning his back on his commitments just as he is fighting for re-election.

He doesn’t want a PR nightmare right now. If we get a million of us to help this one community defend their ancestral land and challenge the president openly to keep to his word, we could start a media storm that would make him reconsider the whole plan.

After Texaco and other oil companies polluted Ecuadorian waters and irreversibly devastated precious ecosystems, Correa led his country to be the world’s first nation to recognize the rights of “Mother Earth” in its constitution. He announced Ecuador was not for sale, and in Yasuni National Park promoted an innovative initiative where other governments pay Ecuador to keep oil in the ground to protect the rainforest rather than destroy it. But now he’s on the verge of selling out.

Shockingly, the Sani Isla Kichwa land is partly in Yasuni National Park. But even more shocking is Correa’s bigger plan – in days government officials begin a world tour to offer foreign investors the right to drill across 4 million hectares of forest (an area larger than the Netherlands!) Ecuador, as any country, may argue it has the right to profit from its natural resources, but the constitution itself says it must respect indigenous rights and its amazing forests, which bring millions in tourist dollars every year.

Right now, Correa is in a tough fight to win a second term as president. It’s the perfect time to make him honour his environmental promises and make this green constitution come to life. Sign the petition now to stand with the Kichwa people and save their forest.

The Avaaz community has fought year after year to protect the Amazon in Brazil and Bolivia, and won many victories standing in solidarity with indigenous communities. Now it’s Ecuador’s turn – let’s respond to this urgent call for action and save their forest.