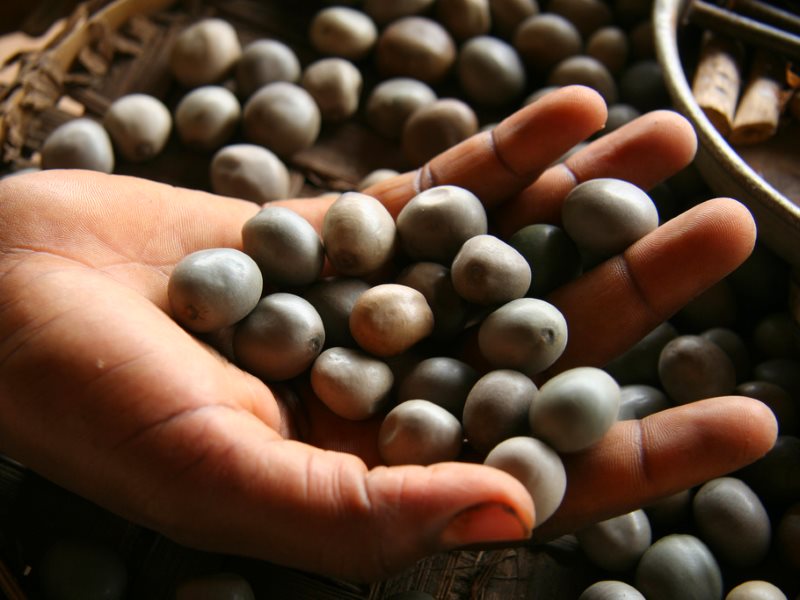 Nineteen African nations met this week in Arusha, Tanzania, to finalise a ‘plant protection’ protocol that would open up the continent’s seeds to corporate interests, taking away farmers’ rights to grow, improve, sell and exchange their traditional seeds, while allowing commercial breeders to make free use of the biodiversity they embody, to sell them back to farmers in ‘improved’ form.

This is a crucial week for millions of African farmers – the week in which, under the guise of ‘plant protection’, they may lose the right to use their ancient seed heritage to grow the food crops on which the continent depends.

The policy is being driven through an opaque, little known body, the African Regional Intellectual Property Association (ARIPO), whose Diplomatic Conference opens today at the plush Mount Meru Hotel in Arusha, Tanzania.

In meetings taking place over the coming week, ARIPO plans to adopt the highly contested draft ARIPO Plant Variety Protection Protocol (ARIPO PVP Protocol), which guarantees the rights of commercial seed breeders while cancelling farmers traditional rights to save seed, grow crops from traditional seed varieties developed by our ancestors over countless generations, and sell or exchange such seeds.

In addition to severely restricting farmers rights to saving, sharing, selling, and planting seeds and propagating material, the Protocol facilitates biopiracy. The seed industry can take the seed DNA from ARIPO member African countries, manipulate it in a laboratory, and then claim intellectual property rights to DNA developed over centuries by African farmers.

This IPR grab has potential to be one of the largest resource thefts in human history. Seed diversity would disappear and African farmers would be forced to buy back their own seeds every planting season.

The PVP Protocol is based on the 1991 Convention of UPOV, the Union internationale pour la protection des obtentions végétales or International Union for the Protection of New Varieties of Plants, which provides for “breeders rights” to seeds and other germplasm based on conditions of novelty, distinctiveness, uniformity and stability, providing the essential legal foundation for the commercialization of the seed sector, including the introduction of GMO crops.

The first three days of the meeting will be dedicated to technical matters involved with the final drafting of the PVP Protocol among representatives from the 19 ARIPO member states. Then on Thursday ministers will gather to conclude the political discussions.

But that’s about all that African civil society has been told. We do not know which ministers will represent their countries. In the absence of any consultations in the ARIPO member states, we have no idea what they are going to say on our behalf. And we can only wonder – why is this whole thing shrouded in such secrecy?

The answer is, surely, to exclude public participation and limit opportunities for civil society to organise agains the PVP Protocol. African farmers have rejected moves to adopt UPOV-inspired measure in national legislation, for example in Ghana where the controversial Plant Breeders’ Bill was overwhelmingly rejected!

By adopting these measures at a transnational level, we believe governments are trying to evade their democratic accountability and impose these measures as a fait accompli. If ARIPO passes the UPOV PVP Protocol, it enters into force after being ratified by four member states.

Being presented as a ‘take it or leave it’ package it precludes discussion, debate and amendment in national parliaments circumventing the normal democratic processes that would apply to legislation in the member states.

But the very fact that a conference whose decisions have such far-reaching consequences is taking place almost in the dark, means that its very exposure can scuttle the attempts. That is why it is important to talk about this and raise the murmurs into a thunder!

Fortunately, thanks to Alliance for Food Sovereignty in Africa (AFSA), Association for Plant Breeding for the Benefit of Society (APBREBES), African Centre for Biodiversity (ACBio), and various farmers’ associations, the word is spreading fast.

For more than 50 years UPOV has strengthened the rights of the seed industry internationally at the expense of farmers rights, particularly through its 1991 Convention. It has ignored the needs of developing countries, putting the right to food at risk.

Like many recent trade agreements it is more about protecting and consolidating corporate profits than it is about trade or development.  It has systematically excluded farmers from its deliberations.

The 19 ARIPO member states are Botswana, The Gambia, Ghana, Kenya, Lesotho, Malawi, Mozambique, Namibia, Sierra Leone, Liberia, Rwanda, São Tomé and Príncipe, Somalia, Sudan, Swaziland, Tanzania, Uganda, Zambia and Zimbabwe, where the secretariat is based. Among them are some of Africa’s least developed countries.

Three of the ARIPO states, including Ghana, are being pushed to spearhead the process because they are already at some stages of passing a PVP on their own, or have already passed it. Ghana could make a powerful difference by opposing the Protocol. Zambia too is feeling strong pressure to oppose it.

In its haste to hand over Africa’s seeds to commercial intrests, ARIPO has circumvented or ignored numerous international conventions and legal instruments, as has been revealed by AFSA – exposing the fraudulent nature of the process:

More and more organisations are becoming aware and are adding their voices to the call by AFSA’s demands:

We must now put all possible pressure on our governments to hear the voice of Africa’s people, and in particular the small scale farmers across the continent on whom we depend for our daily food.