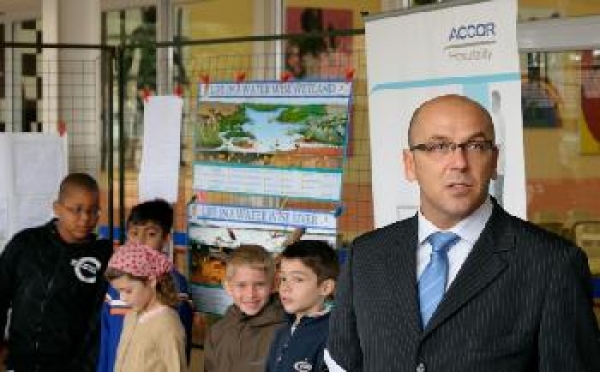 On Earth Day, Accor Hospitality celebrated Earth Guest day and announced that it had crossed the initial one million trees threshold of its Plant for the Planet project. To date, 1 000 hotels have financed the planting of one million trees worldwide.

For the fourth consecutive year employees demonstrated their commitment to protecting the planet with sustainable development initiatives implemented around the world. 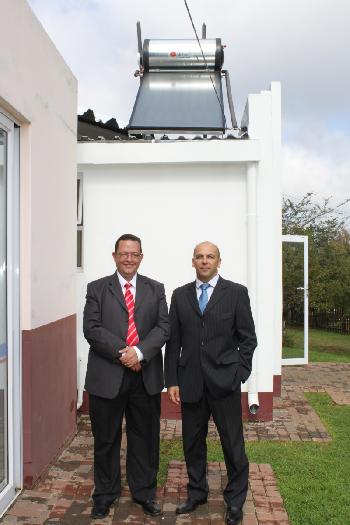 Accor partners the United Nations Environment Program (UNEP) through its support for the Plant for the Planet: Billion Tree Campaign. Since 2008, the Group’s hotels have encouraged customers staying more than one night to reuse their bath towels, raising their awareness with the formula ‘5 towels reused = 1 tree planted.’

Accor has pledged to invest half of the savings on laundry costs to support seven reforestation programmes around the world. Developed by seven NGO partners with the support of Kinoé, a company with expertise in reforestation, the programmes are designed to provide the local population with socio-economic as well as environmental benefits. In two years, Accor has financed the planting of one million trees in seven forest areas.

‘We wanted to transform a simple action that is part of everyday hotel life into a meaningful gesture,’ said Gilles Pélisson, Accor Chairman and Chief Executive Officer. 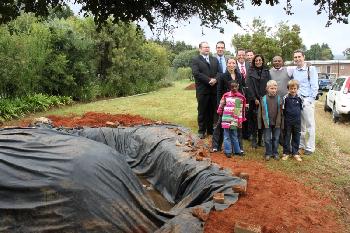 “The one million trees financed in two years shows how supportive our customers are, and we are maintaining our objective of financing three million tree-plantings by 2012. We’re proud of the commitment of our employees who through their actions have made this project a reality with a shared goal of preserving the planet for our children and future generations’.

On Earth Day some 150,000 employees in Accor’s 100 host countries simultaneously launched joint initiatives in the areas of local development, health and environmental protection.

For its fourth Earth Guest day Accor supported ‘Stop talking, Start planting,’ another initiative that partners UNEP’s ‘Plant for the Planet: Billion Tree Campaign’. Involving 132 children from 45 countries, including South Africa, the campaign is intended to raise awareness among the general public and political leaders of their responsibility to future generations. Accor hotels in a number of large cities provide these young ambassadors with free access to their conference facilities so that they can more effectively transmit their message to schoolchildren, customers, employees, and important local figures.

According to Philippe Trapp, managing director of Accor Hospitality, South & East Africa and Indian Ocean, this greenest of hotel groups are involved in numerous actions in the interests of raising environmental awareness and the conservation of energy and water. The group is also installing a 150 litre solar heated geyser at the Lycée français Jules-Verne school in Johannesburg. This will coincide with the launch of an energy conservation competition at the school. Through this competition they hope to foster a spirit of environmental responsibility in the pupils.

A ‘Rain Water Capturing System’ to the value of R10 000 is also being installed at the school, encouraging the use of rain water. This rain water will be used in the school pond, which is a home to fauna and flora and is also frequented by birds in search of a bird bath. It will be used for environmental education. The rain water will also be used to water the indigenous plants in the garden and the veggie garden on the school premises.

‘Sustainability is a key challenge that our industry is facing and therefore it is our responsibility to address these issues. For this reason, Accor launched its Earth Guest programme which focuses on the Earth’s population and preserving the planet’s resources. This is an integral part of working at Accor and all staff members from management to the public area cleaner incorporate these values,’ concludes Trapp.

This major global group and the European leader in hotels, is also the greenest hotel group in the world.

In recognition of its commitment to social and environmental responsibility, Accor has been listed
since 2004 in four series of benchmark ethics indexes:

At the end of 2009, Accor was top of the first ‘Tomorrow’s Value Rating’ which rates the world’s ten largest hotels in terms of their sustainable development policies and implementation.

There are 28 hotels from this group in South Africa.