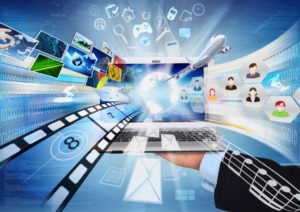 Anti-censorship groups have dubbed this the “internet censorship bill” for seeking to regulate what it deems “harmful content” and to corral online content providers under its wing. Many commentators have pointed out the regulations contravene Constitutional rights to freedom of expression.

A participation campaign by Dear SA has attracted nearly 14,000 comments, the overwhelming majority expressing their opinion against the Bill as it stands.

“I did not sign up for fascist, communist tyranny,” says one commentator.

Yet another: “Freedom of speech should be a basic right and any law that has as its aim the removal of this right should be viewed with great reservation and suspicion, it is one step away from a police state.”

President Cyril Ramaphosa signed the Bill into law on 4 October 2019, though it has yet to come into effect. Defenders of the bill argue that though the clumsily worded document extends itself to everybody distributing content online, in practical terms little will change for most people, if only because regulators are simply unable to deal with the volume of content produced daily. Others. However, have pointed out that this is always a dangerous assumption – that government will not attempt to extend its reach to the literal limit of the law.

It is therefore almost certain this Bill will be challenged in the Constitutional Court should it proceed in its present form.

In practical terms, all online distributors of content – whether they intend to make money from it or not – will have to register with the Film and Publications Board (FPB) and submit content for review prior to publication, or apply to the FPB Council for self-classification accreditation. Another alternative is to seek approval for the use of classification ratings issued by a foreign international classifications authority.

Previously, the Film Publications Act limited itself to the regulation of films and games, and only where these were made available for hire or sale. Now its reach extends to all online content.

Once the FPB issues a registration certificate, it can then impose any conditions it deems necessary to achieve its objectives, which are:

“To regulate the creation, production, possession and distribution of certain publications and certain films by means of classification, the imposition of age restrictions and the giving of consumer advice, due regard being had in particular to the protection of children against sexual exploitation or degradation in publications, films and on the Internet; and to

“Make the exploitative use of children in pornographic publications, films or on the Internet, punishable.”

While few people would disagree with the need to have strict laws against the sexual exploitation of children, the reach of the new Regulations goes well beyond this. The state, in the form of the FPB, will now have a say over every piece of online content distributed via the internet.

It seems inconceivable that the drafters of the Bill gave much consideration to the Constitutional protections to freedom of expression, nor to the practical effects of issuing registration certificates to tens of thousands of content producers and each item of content published. Every bit of ‘film” – which means a “sequence of visual images” – is covered by the bill, and will require an age classification from the FPB.

Interestingly, those who are members of the Press Council of SA get a free pass. Those who are not and intend to publish online content “shall submit the publication to the FPB together with the relevant form provided by the FPB, and the prescribed fee, for examination and classification, before it may be distributed or exhibited within the Republic (of SA).”

In other words, the state will now decide who is fit to distribute content (in effect designating who is a journalist) and will require everyone to submit to the registration and classification process.

A majority decision by the classification members will carry the day.

Similarly, if you are a broadcaster falling under ICASA (Independent Communications Authority of South Africa)

The amended Films and Publications Act makes it a criminal offence to distribute a film as defined above without first registering with the FPB and getting your “sequence of visual images” classified with an age restriction.

Many commentators have expressed alarm at the draconian nature of this regulation and its echoes of the darkest days of apartheid censorship. Though the Bill does not on its face appear to infringe political discourse, it is broad enough to conceivably be used in such a manner under a less benign regime. In other respects, this Bill goes beyond the wildest dreams of apartheid’s information police because of its attempt to extend the arm of the law to virtually anyone expressing an opinion or providing entertainment online.

If you are convicted under this Bill, you face a fine of up to R150,000 and imprisonment for up to eight months.

You have until the end of October to comment on this bill, and you probably should.