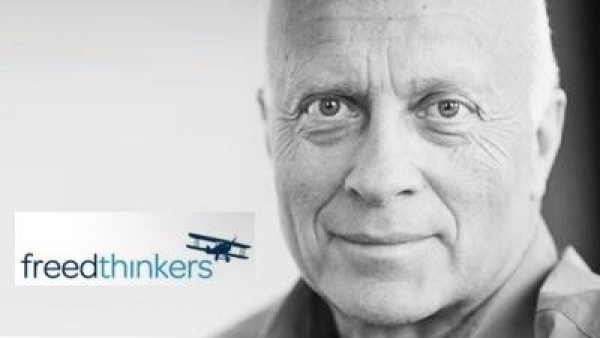 I’ve been reading about the Great Pacific Garbage Patch, an area larger than the US, where abandoned fishing nets, plastic bath toys, computers and plastic pellets wash around endlessly, and wondered if I would find my odd socks and lost pens there. Or perhaps Steve Jobs had charitably combined the talents of Apple and Pixar Studios with global MacBooks animating socks and pens in the dead of night, then directing them to march off and find the one-legged penless of the world.

These thoughts propelled me around the socks section of a Cape Waterfront clothing store, grumpily looking for replacement pairs. Cotton-rich socks (unspecified percentage) with multi-coloured toes momentarily appealed to my hidden hippy, until I came across bamboo socks.

I knew that bamboo was eco-friendlier than most wood, so it had to be better for the future of humanity than water-gulping cotton. They were in plain black or caramel – but fashion be damned, I was flashing my green credentials.

Green – from the feet up

I came away from the store with a good impression and a shopping bag in which socks took up a corner. They cost the same as the cotton-rich versions, they are very comfortable and I am a tiny bit greener. Not enough to solve our problems, but enough to raise my consciousness – and that leads to solutions.

As far as bamboo socks go, I am in the early majority. Certainly not amongst the originators who probably wore bamboo stalks on their feet, nor the early adopters who seek out alternative stores and endure moderate itchiness for the cause. I came along once a Chinese manufacturer patented a way to make bamboo comfortable (chemicals involved, Wikipedia says not hectic, but who knows?) and prime outlets of a major chain started stocking them, albeit at about 5% of the cotton-rich inventory.

If the word spreads, seven things will happen:

Little by little, more and more of us are going green.

After a decade of debate, scientists in the 1970s developed the IPAT equation:

This explains why most of them are so gloomy.

There were three billion of us humans on Planet Earth in 1960, seven billion today with most projections saying nine billion plus by 2050. No government is putting itself on the line to curb population growth – some in Africa urge for more children. Have-nots aspire to have, while haves search for ways to have more; mass affluence is on the rise.

We’d like technology to be our saviour, but so far things haven’t worked out that way.

A study in the States shows that, while cars have become far more fuel efficient in the past 30 years, fuel use has increased from 391 gallons per person in 1970 to 453 gallons in 2006. More fuel-efficient cars encourage more use. It is the same with microprocessors and domestic appliances – whether we are video streaming or buying a second refrigerator for beer and cokes.

Technology creates new demand – everyone under 15 believes a cellphone is a constitutional right, likewise an MP3 player, while my own resistance to the iPad crumbles by.

The equation spells gloom and doom – but it omits a vital variable, consciousness, which changes IPAT to IPACT:

As the girl-child is educated, she marries later and has fewer children. A global campaign to educate the girl-child in poor communities will radically change the equation.

However, fewer children equal more affluence and the bigger problem becomes more consumers, not more people. Unless consciousness also changes amongst the haves.

If only to go warm were gorgeous,
Why nature needs not what thou gorgeous wear’st
Shakespeare, King Lear.

From the time that Darwinian fish flopped onto the land, we have always aspired for something better and it is easy to imagine cavemen (and women) flaunting their fanciest pelts. The industrial revolution brought mass production – then the challenge to build demand that keeps up with ever-expanding supply was met by the birth of the ad agency and the consequent consumer, brand-wise society.

The essence of marketing is to influence mass beliefs and behaviour. It has been stunningly successful. It is not enough for clothes to keep us warm and looking good, for transport to move us, for watches to tell the time. Labels define us – they are the badges of outward success and inner esteem.

While our march to the drumbeat of more continues, we now hear a growing chorus warning we cannot go on this way. Can marketing once again influence us, this time in a different direction?

The more simple eco-friendly purchase decisions are offered, the more they are marketed, and the more the feeling of eco-gratification builds amongst that early majority. Bamboo socks today, organic chocolate tomorrow, recycling the day after – then a worm-farm, a solar-water heater and electric car – actions and beliefs create a virtuous spiral.

The joy of a developing economy is that we can still make choices, aligning our technology efforts to growing needs. – from itch-free hemp shirts to low-cost solar water heaters.

We already have a competence in biomimicry – and enough to inspire us, such as the termite mounds that became passively cooled buildings, the Namib beetle that introduced a new way of water harvesting and the bumps on humpback whale flippers that inspired quieter, more efficient wind turbines.

Green technology will be the fuel of the green economy.

New consciousness is growing around us. In South Africa, Woolworths does a good job; Pick n Pay shows up on the eco-radar. Wal-Mart will make suppliers display their environmental credentials. Global brands such as Levi’s and Timberland are powered by people and planet credentials. Corporates such as Unilever (with a focus on sustainability), GE (growing its eco-business while reducing its carbon footprint) and NestlÃ© (Creating Shared Value) believe it is good business to raise the eco-agenda.

HSBC analysts predict that the growth of electric and hybrid cars will race to almost 18 million per annum in 2020, from 660 000 in 2009. China aims to become the world leaders in the new technology, spurred by significant rebates and the unpleasant fact that only 1% of China’s city population breathe air considered safe by the European Union.

By 2013, the stylish electric Joule, SA’s first home-born car, will be rolling off the production lines at the rate of 50 000 a year, bringing needed employment to East London. (The original business plan was for 4000 a year; the tie is rising.)

Reduce, reuse are money-savers, while recycle is a job-maker. Upcycling (the part of recycling that improves the original) is early adopters’ eco-chic – whether it’s stationery upcycled from plastic cups by Remarkable in the UK, or collectible furniture, home accessories and lighting recreated from junk for the aptly named Recreate in Cape Town.

All these points of light are joining. That small step for man in bamboo socks may just herald a giant leap for humankind.

Mike Freedman, a doyen of the advertising and branding community, is founder of Freedthinkers which has offices in Johannesburg (at Turbine Hall in Newtown) and Cape Town. He was a prominent copywriter at some of the big ad agencies in London and here before helping form ad agency Freedman and Rossi, and then Freedthinkers. They helped Johannesburg create its branding “A World Class African City” and the energies and strategies that flowed from that including the development of Newtown, Constitutional Hill, etc.