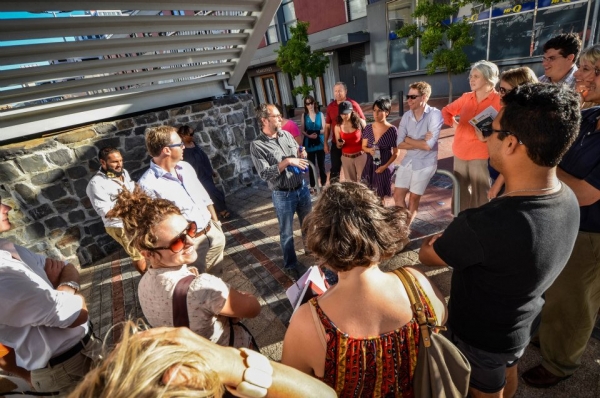 City Councillors, residents and street activists meet to consider ways in which to open streets to all users, irrespective of who we are and how we move.

Open Streets Cape Town kicked off its Walk&Talk series on Wednesday 23 January on Bree Street with a walk from Prestwich Memorial along the ‘Fan Walk’ and along Bree Street, exchanging views on how to create a more people-friendly and respectful space.

The walk highlighted ways in which the city could attract more people on foot, bicycles and skateboards, comparing local design with international best practice. The group discussed the importance of enforcement, and considered ideas to reduce conflict between cyclists and motorists.

Councillor Brett Herron, Mayoral Committee Member for Transport, City of Cape Town, noted that the green-painted Bree Street bicycle lanes are part of a trial that will “help identify the most effective design in order to implement it on other cycle lanes around the city.” In a lighthearted contribution via twitter, @Upcycles suggested multi-colour lanes would be more effective! 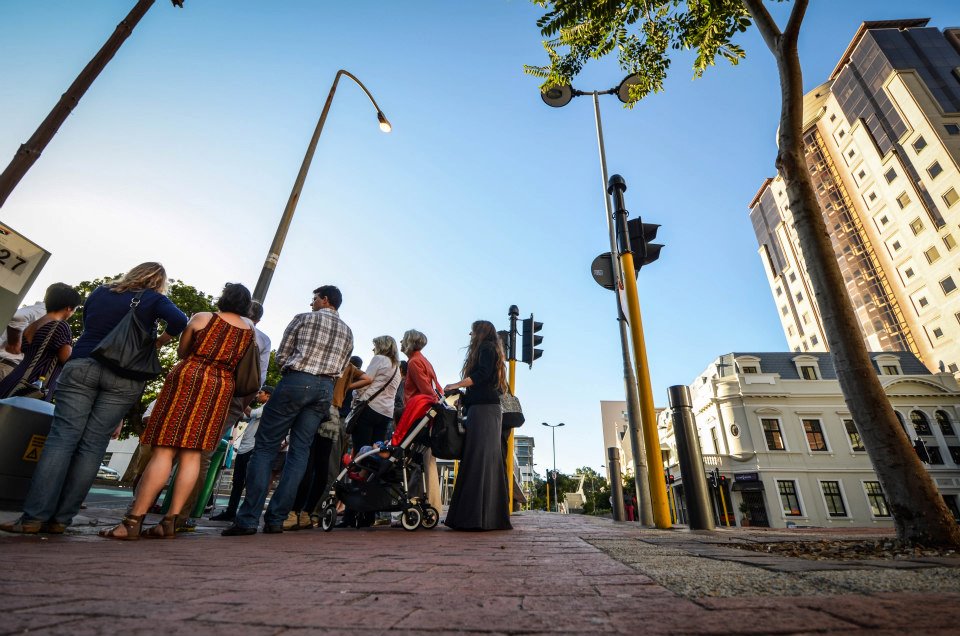 changes can open our city to all

The lack of Universal Design (or design for Special Needs) was raised – with one participant, walking with her one-year-old in a pram and drawing attention to the difficulties she has in crossing a street with a pram. “While much has been done in the city to make it clean and safe to walk around, many obstacles to walking as a pedestrian with a pram still remain, including a lack of ramps, road works and short traffic signals.” Making the street accessible to all regardless of “who they are and how they move” is one of the Open Streets principles, and the walk identified some key spaces where infrastructure could be improved accordingly.

Other topics included the need to slow traffic speed to make the space more inviting, changing perceptions around other ‘non motorised’ forms of transport, and the role informal trading and the arts play as we configure more inclusive streets. While there was disagreement among the group on what policies would be most appropriate and effective, there was agreement that the street can invite a broad cross-section of the population. 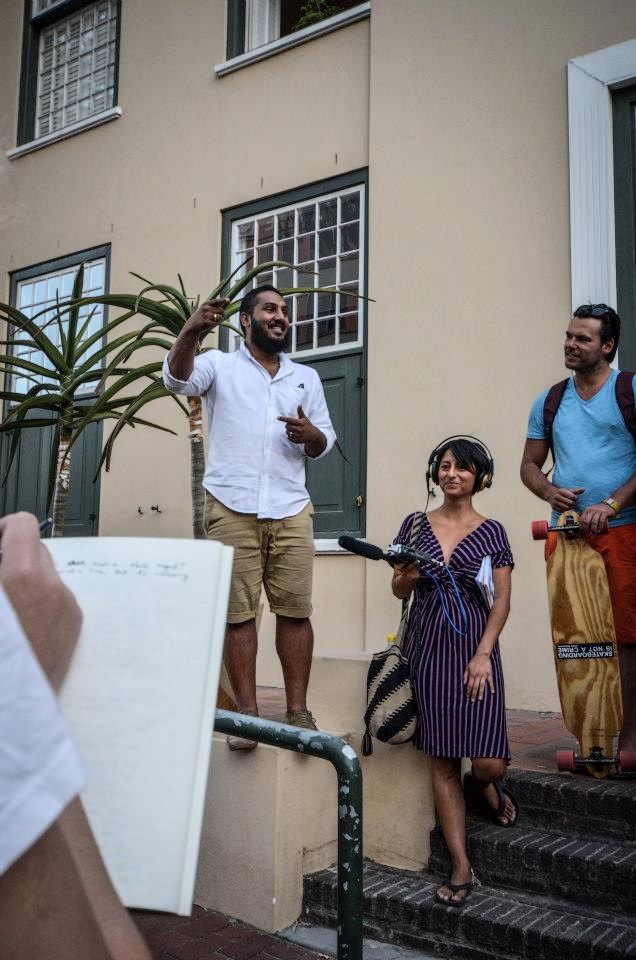 The 90 minute walk concluded at Heritage Square, a place which could be used for gatherings and a range of activities beyond its current use as a parking lot.

Philip van Reyneveld, a consultant and member of the working group believes that “Cape Town could be great, not just good,” and suggested this entails creating vibrant, people-focused streets that ensure safety of movement, inclusive economic opportunity and social interaction. Bree Street has the potential to implement many of the changes discussed and city officials are evidently willing to ‘walk the talk.’

Open Streets Cape Town is part of the international movement to transform streets into more inclusive public places for city residents. The local initiative advocates for the adoption of Open Streets principles and encourages residents and businesses to contribute to making Cape Town a great city for all. 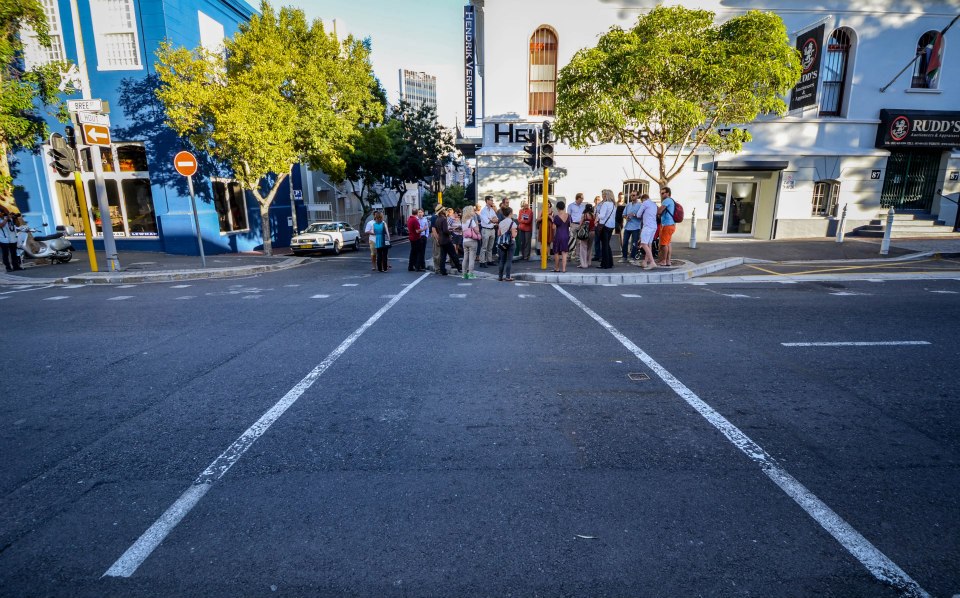 The Open Streets Walk&Talk series will take place regularly and future events are planned in Langa and Woodstock. For details see their Facebook page or contact them via email.