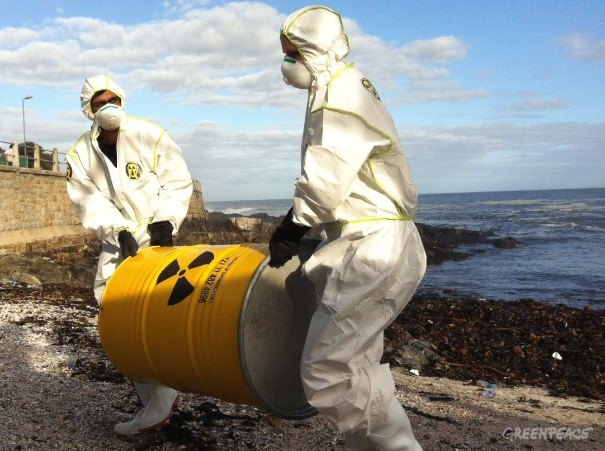 South Africa’s plans to build new nuclear plants costing as much as $100 billion are encountering mounting opposition from within the government and ruling party over the project’s affordability.

While Energy Minister Tina Joemat-Pettersson insists contracts to build new reactors will be awarded by the end of March, the ruling African National Congress and National Treasury have sounded warnings that the country may be unable to afford the cost. Labor unions that support the ANC and opposition parties have voiced similar concerns.

“However you look at it, the economic and the financial implications look dire,” Anthony Butler, a politics professor at the University of Cape Town, said by phone. “It’s very hard to see how the deal can go through. What’s most likely to happen is there will be some attempt to fudge the issue, say the package as a whole is unaffordable and it would be necessary to move ahead one plant at a time.”

President Jacob Zuma’s government plans to add 9,600 megawatts of nuclear power to the national grid and wants the first of as many as eight reactors to be operational by 2023 to address power shortages that have led to rolling blackouts and are hobbling growth. While the government has declined to reveal the likely cost because the contracts are still being negotiated, the price tag estimates range from $37 billion to $100 billion.

In a policy paper published on Aug. 18, the ANC called for a “full, transparent and thorough cost-benefit analysis of nuclear power.” The document, which will be discussed at the party’s policy review conference in October, urged the government to consider using more hydro-power and electricity generated from gas.

Finance Minister Nhlanhla Nene said he wouldn’t sign off on the nuclear power deal if it was unaffordable, and won’t be swayed by political meddling, according to an interview published in Business Day on Monday. The Treasury has only recently been invited to discuss financing options and it was too early to make any pronouncements, the Johannesburg-based newspaper cited him as saying.

“We have a very clear budgetary process, when it gets to that point, you will hear from us,” Nene said in an interview in Johannesburg on Thursday. “Anything that comes in, we will evaluate it.”

“It appears the National Treasury have only been included in the nuclear build program planning process at a very late stage and don’t appear to have been consulted about the cost implications,” David Maynier, finance spokesman for the main opposition party, the Democratic Alliance, said by phone from Cape Town on Monday. “I just don’t possibly see how the deal can be concluded this financial year and comply with all the regulations concerning procurement without the necessary homework being done.”

South Africa needs to generate an additional about 5 million megawatt-hours of electricity a year for the next 20 years to supply a growing population and an expanding economy, which will cost about 500 billion rand, according to Philip Lloyd, a professor at the Cape Peninsula University of Technology’s Energy Institute.

“That’s big money whichever way you look at it,” Lloyd said by phone from Cape Town. “There is not much we can do about it.”

Des Muller, head of Johannesburg-based building company Group Five Ltd.’s nuclear construction division, estimates the new reactors could cost as much as $100 billion over 15 years. That’s more than five times what Eskom is spending on two coal-fired plants that will generate a similar amount of power.

Zuma’s administration may have to temper its nuclear ambitions as the collapse in commodity prices curbs growth and tax revenue, according to Mike Schussler, chief economist at Johannesburg-based research group Economists.co.za.

“It’s very difficult to see how the nuclear program will be affordable on the scale currently envisioned,” Schussler said by phone from Johannesburg. “Politics is the art of the possible, but the lines of the possible are drawn by economic reality.”