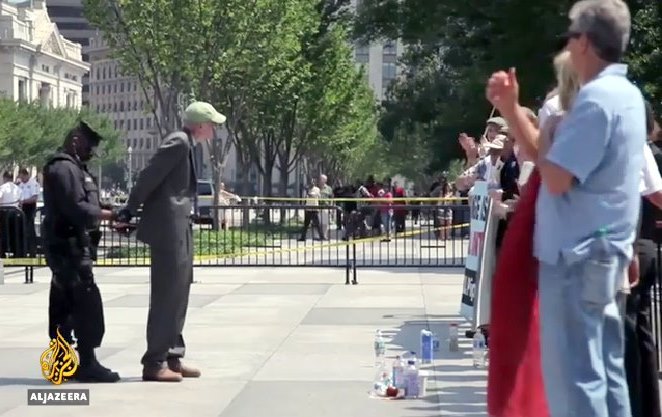 The business of unearthing coal, oil, and gas reserves to power the world is a multi trillion-dollar industry. But scientists say that in order to avoid catastrophic consequences, at least two-thirds of these reserves need to remain underground to limit global warming to two degrees Celsius.

Ordinary people are joining forces to create a global grass-roots movement, geared towards taking on some of the biggest organisations and encouraging them to divest: take their money out of the fossil fuels, and, in some cases, invest it in climate solutions. In the past three years, more than 400 institutions worth $2.6 trillion have pledged to divest, including the Rockefeller Foundation, an institution that made its fortunes from oil.

Russell Beard travelled to New York, London and the Garzweiler mine in Germany, where he met a new generation of young activists such as Danni Paffard from 350.org, who said: “We know we can never bankrupt the fossil fuel industry financially, but what we can do is bankrupt them politically, bankrupt them socially, and bankrupt them morally – and that’s what divestment is about.”

“I’m studying climate change and engineering, and once you start learning about the realities of the catastrophic path we’re on, it is very difficult to feel content in just doing your job or just living your regular life,” says Karl Andreasson, a 26-year-old Swede in a red polo shirt with neatly cropped hair.

What he’s about to do is risk prison by breaking into a vast open-cast coal mine to try to shut it down. But first, Karl and the hundreds of others who have converged in this field in western Germany will have to get past 2,000 police in full riot gear who have shown up to stop them. It’s a terrifying prospect and neither he nor fellow Swede Kim (who only wanted to give her first name) has ever done anything like this before. “Aren’t you scared?” I ask Kim.

Finally, this is what we’d been looking for. 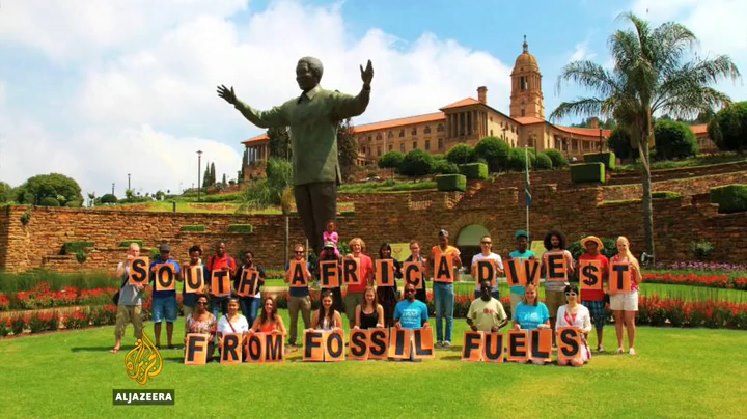 Sometimes reporting on climate change can make you feel like one of the only sober people in a decades-long, planet-wide party. “Er, hello. I know you’re busy, but it’s just that we’re destroying the conditions that have made human civilisation possible. Hello …? HELLO?”

Most of us don’t face up to the reality of climate change in our daily lives for a myriad of good reasons: We’re too busy making a living, raising children, caring for loved ones. And, anyway, it’s so big and so complicated, what can we actually do? Even without engaging in outright denial of climate science, we all have ways of looking away from the true implications of the situation we’re in.

Even working on Al Jazeera’s environmental show, earthrise, can be its own distraction. Telling the stories of inspirational environmental entrepreneurs, innovators and community leaders has, at times, cushioned me from the sharp fact that, globally, we are still in dire straits.

But the people camped out in this German field poring over maps are under no such illusions. Here are hundreds of “ordinary” people – not professional campaigners or dreadlocked hippies – so frustrated with the lack of political action, and so terrified of a world of crop failures, raging wildfires, droughts, hurricanes and economic disaster, that they are prepared to do something far outside their comfort zone to make themselves heard. 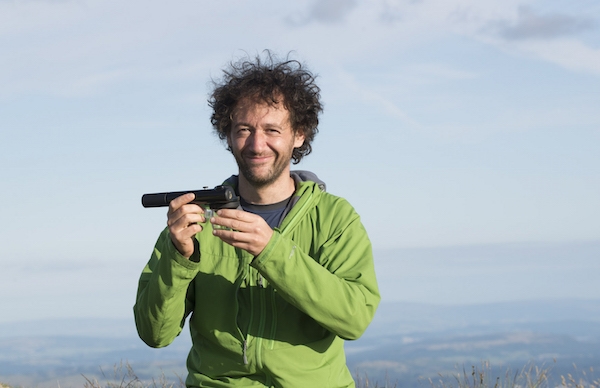 Filmmaker and climber Ben Winston, who died shortly after this episode of Earthrise was made. His thoughtfulness, humility and passion inspired us all. He is remembered here.

The next morning, as dawn breaks, we follow one of the groups of around 300 people as they set off for the 30sq km Garzweiler lignite coal mine. It’s part of a network of pits and power plants that are Europe’s biggest CO2 emitters. Analysts say that over 80 percent of coal, 30 percent of oil and 50 percent of gas reserves need to stay in the ground to avoid climate catastrophe.

After several kilometres, the peaceful battalion turns to pass under a motorway, and as the tunnel comes into view, we see it has been blocked by several lines of police. But there’s no stopping the group now, and as they enter the tunnel, the echo amplifies their chanting: “Ende Gelande” (Here and no further). Facing a rain of pepper spray and batons, they push through, and those who are not taken down by police run past another line of cops and down into the gaping, sooty moonscape below. In the end, Karl and Kim and up to 1,000 others make it in, closing the mine for the day.

By risking their own freedom and physical safety to show how strongly they feel about climate change, those hundreds of people – many of them first-timers – certainly impressed me.

But, on its own, this action is still small and its effects are uncertain. What makes it significant is that it’s part of a wider trend of ordinary people worldwide fighting back against the fossil fuel industry, from the Philippines to India, and the US to the Pacific islands. 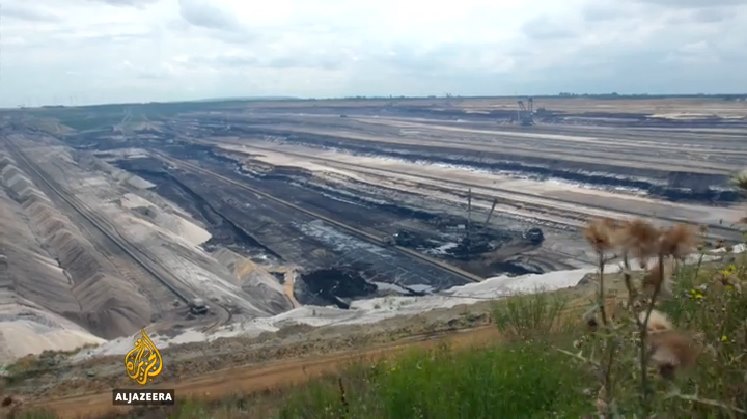 One of the people trying to catalyse this global social movement is writer-turned-activist Bill McKibben. “The problem with climate change is that it’s so big and we feel so small,” he says in his New York office. “We realised that our job was to make people feel part of something big enough that it might matter.”

As well as helping thousands more people commit civil disobedience, McKibben’s organisation, 350.org, is helping to spearhead a global fossil fuel divestment campaign. So far, organisations worth $2.6 trillion have pledged to cut their financial ties with the fossil fuel industry – from global insurance companies to leading pension funds. And this Sunday, November 29, hundreds of organisations are planning the world’s biggest climate march. It’s all part of a plan to stigmatise the fossil fuel industry and block some of its most polluting new developments.

And there are signs that it’s working. Landmark projects such as the Keystone XL pipeline, which was set to transport oil from the Canadian tar sands, have been rejected after long-running protests, sit-ins and campaigns. The world’s largest PR company has said it will no longer work with coal companies or climate science deniers.

Of course, social movements alone won’t be enough to stop the worst-case climate scenarios from becoming reality – corporate leaders, politicians, lobbyists, investors, tech innovators and others hold most of the cards. And maybe the system is rigged too much against change. 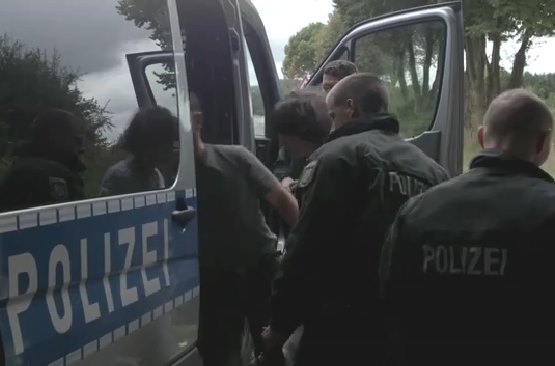 But there’s no denying popular pressure affects politics. And perhaps we’re living in a time when, by joining divestment campaigns, marches and civil disobedience, ordinary people will once again get together and do extraordinary things.

As we walk back from the mine, we pass a row of people crouching against the tunnel wall with their hands cuffed behind their backs. One young woman looks particularly dazed and bruised, slumped against the concrete with her knee in a bandage. Next to her, a German woman in her 40s with Harry Potter glasses agrees to talk to us on condition of anonymity.

“To me, this is one of those big issues, like civil rights, like slavery,” she says. “Today was encouraging – [1,000 people] is a lot of people to commit civil disobedience. And my guess is that we will see many more people getting arrested because of what is at stake.”