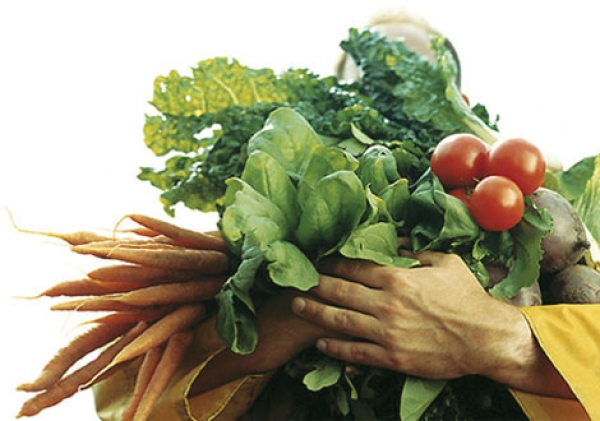 A midleading British study had overlooked the last 40 years of field trials and research which prove the superiority of organics and confused many consumers. It had claimed there is little benefit to eating organic food and was also aired locally in the media, but it was criticised for being methodologically flawed.

‘Without large-scale, longitudinal research it is difficult to come to far-reaching clear conclusions on this, which was acknowledged by the authors of the review. Also, there is not sufficient research on the long-term effects of pesticides on human health.’

They said that the review had rejected most existing studies comparing organic and ordinary nutrition. The Organic Consumers’ Association said that the report ignored the growing body of research demonstrating organics’ nutritional superiority, and that it appeared to be based on politics rather than science, with the commissioning body (the FSA) being implicated in agribusiness, GM crops and opposition to organic farming.

The Organic Federation of Australia echoed these views. They stated that the report was biased, with the commissioning body being ‘an anti-organic, pro-GM institution’ with an interest in producing the result they did. They also held that there was insufficient evidence – according to them 55 studies were effectively reduced to 18 highly relevant papers.

‘The sample is not big enough to be able to claim to be a piece of meta-research.’

Despite the recession, the organic sector is still growing by more than 30% per year, thereby providing significant competition to the large agribusiness sector. This could explain their need to slate an industry they feel threatened by. The rapid growth in the demand for organic food over the last decade is due to its superiority on a number of scores:

Official data reveal that since the 1940s mineral levels have declined substantially in conventional foods due (inter alia) to depleted soils. In contrast, organic farmers work to build and maintain the quality of the soil, which affects nutrient levels of produce. The artificial fertilization used in conventional farming produces lush growth by swelling crops with water. On a weigh-for-weight basis, organic food has more `dry matter` (i.e. food content). This results in higher nutrient levels in organic produce. Phytonutrients, many of which are antioxidants involved in the plant`s own defence system, are higher in organic produce because crops rely more on their own defences when chemical pesticides are not used.

The prestigious British Medical Association has confirmed that exposure to pesticides is unsafe:

‘Until we have a more complete understanding of pesticide toxicity, the benefit of the doubt should be awarded to protecting the environment, the worker, and the consumer – this precautionary approach is necessary because the data on risk to human health from exposure to pesticides are incomplete.’

In addition, safety levels are set for individual pesticides and little is known about the synergistic effect of multiple pesticides used together. Research has linked ingestion of pesticides with numerous symptoms and conditions. Pesticide exposure is particularly dangerous in children as they have immature immune systems, and pesticides can also pass through breast-milk. Organically grown food is therefore considered to be safer than industrially grown produce. The manufacturing process of pesticides and other chemicals used in regular farming also have a heavy carbon footprint, therefore making them serious contributors to global warming.

Many additives now known to be damaging such as preservatives, colourants, flavourants, MSG, artificial sweeteners, hydrogenated fat, and phosphoric acid are prohibited in organic food production. Environmentally sustainable and safe. Harmful chemicals are not used in organic farming; the result is minimal soil, air and water pollution, and preservation of these resources for future generations. Organic farmers work in balance with nature, returning as much as is taken, so that their practices are sustainable, unlike those of chemical and energy-intensive industrial farming which degrades the soil, pollutes the environment, and destabilises the climate with CO2, methane and nitrous oxide greenhouse gas pollution.

This method of farming depletes resources and then attempts to correct things chemically and genetically. Improved farm-worker health. It is known that workers and their families living on chemical-intensive farms experience significant health hazards, especially respiratory conditions. In years of living in the Boland for instance I frequently saw farm-workers spraying crops while wearing a handkerchief over their mouth as sole protection. The health risks of working with pesticides are absent in organic farming.

Organic farmers utilise humane practices in raising animals for the production of organic milk, meat, poultry, and fish, giving the animals good quality of life. This is in contrast to the intensive practices of commercial farming, with animals kept in confinement and fed synthetic hormones, antibiotics, additives and feed for maximum growth over the shortest time. Better taste. Many people claim that organic food tastes better. This may be because of better growing conditions, and because organic produce is often sold directly at local markets without loss of nutrients through transportation, etc.

Organic food does not have to be a luxury. A small piece of garden can supply a family with considerable produce if nurtured organically. Large-scale longitudinal studies may be needed to establish the nutritional advantages of organic food and the harmful effects of pesticide exposure definitively. At the same time science is more limited than popularly believed. It can measure what is physical but can’t determine the life force of food, which is more subtle and elusive than nutrients. Also, scientific data and statistics are malleable and can be used to support any position.

Agribusiness in turn has vested interests in discrediting organic farming as the latter does not use the chemicals and seed that agribusiness controls. On a micro level, we need to be our own ‘researchers,’ using our bodies and the health of our families as the measure of what food is good for us. Be informed, read up about the organic versus conventional approaches, and make informed choices. We are all responsible.