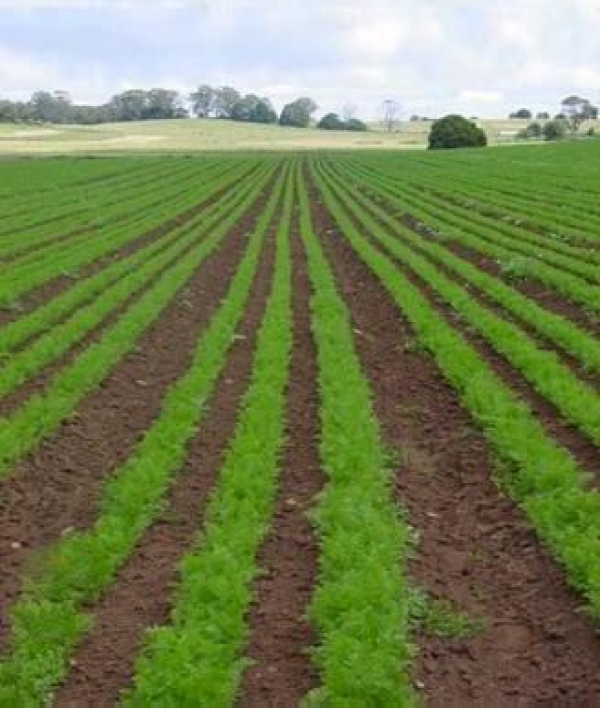 ‘Organic farming has been there for many years, sitting on the fringe, but not receiving much attention,’ said Thabo Ramashala, Director of Plant Production for the Department Agriculture, Forestry and Fisheries at a national organic policy workshop in Cape Town.

‘Government wants to find a way for the organic sector to grow and find its place.’

Consumers worldwide are becoming more concerned about the effect of pesticides, fertilisers, livestock effluent and veterinary drugs on their health and livelihoods. Organic farming is done without the use of synthetic chemicals such as pesticides, fertilisers, fungicides and insecticides or genetically modified seeds. Organic farmers use a range of techniques that help sustain ecosystems and reduce pollution, while improving both the production and quality of nutrition.

The International Federation of Organic Movements (IFOAM) refers to ‘organic’ as: ‘A holistic production management system which promotes and enhances agro-ecosystem health, including biodiversity, biological cycles and soil biological activity.

The first step towards setting up a policy was taken already when a study on South Africa’s organic industry was conducted after stakeholders approached government. The study, led by the University of KwaZulu-Natal (UKZN) found three key things:

The study provided the government with useful information about the organic sector, such as how big it is, who the key role players are, what obstacles they face and even more importantly what opportunities are available.

40% of organic food from Asia

40% of the world’s organic producers are in Asia, followed by Africa with 28%. Formal certified organic farming in South Africa is still relatively small; however informal organic farming by small-holder and subsistence producers may feed as much as two-thirds of the population. To meet up with sustainability standards, the study envisaged that organic farming will become the mainstream form of agriculture. It was found to be the best model for emerging farmers.

After several meetings, a final draft was put together in March this year. The inputs were discussed, defined and configured and finally with the help of workshops, the general public was consulted. Ramashala announced that a new umbrella body, SAOSO (South Africa Organic Sector Organisation) will communicate with the government on behalf of the organic industry, acting as a valuable mediator. ‘It’s been quite a road, but we want the policy approved in cabinet by November,’ Ramashala says.

Some members of public commended the effort put into the draft, saying that SA’s organic policy might be one of the strongest policies yet, matching the framework of the EU. Others brought a few issues to government’s attention, such as the affordability of certification and the education of small-scale farmers.

Smaller farmers will also have certification

Because it is so expensive and difficult to become certified as organic (currently you can pay up to R30 000 to be certified), the South African government plans to additionally introduce two other forms of certification that require compulsory record keeping systems:

‘There is a gradual movement to sustainable agriculture and conservation agriculture. Even farmers that aren’t organic are trying to apply pesticides and fertilisers only where necessary.’

Kgomo Petje, another Director of Plant Production at the Department of Agriculture, Forestry and Fisheries says the policy hopes to address the root causes of problems in the organic sector and not just the symptoms. One main problem identified by government, is the extent of the law concerning organics. What about what abattoirs and grain silos do? Can they still use their toxic cleaning products and contaminate our organic products? Our government realises that the process does not end with production and the policy needs to consider this.

The biggest problem in South Africa is inadequate knowledge and education on organic farming.

‘The South African organic market is still very much a niche market, and very hard to enter. There is inadequate training in organic production methods.’

This lack of knowledge is responsible for negative perceptions of the organic sector. Myths prevail, , such as that it is only for the elite and that organic production won’t be able to feed the world.

‘We need to promote the fact that organics are good for your health and saves you money. Poor people spend 70% of their income on food. They should be able to grow their own food.’

‘Africa has seen a 50% decrease in agriculture over a short period of time. Global warming and climate change is no longer an environmental challenge, but rather a more holistic sustainable development challenge,’ Petje says.

DAFF is planning a big awareness campaign through which they want to launch the new logo for organic products. They also aim to set up a website where any information necessary about organic suppliers can be accessed. A big component of this awareness campaign will be to promote recycling.

‘Once our policy is more organised in South Africa, we want to help the SADEC countries set up their policies too. What’s important is that South Africans start taking interest in how safe the food is that they eat. Consider planting your own garden, or support retailers you know buy from organic farmers.’

If we create a bigger demand for organic products, a bigger supply will follow, which will inevitably bring down the costs.