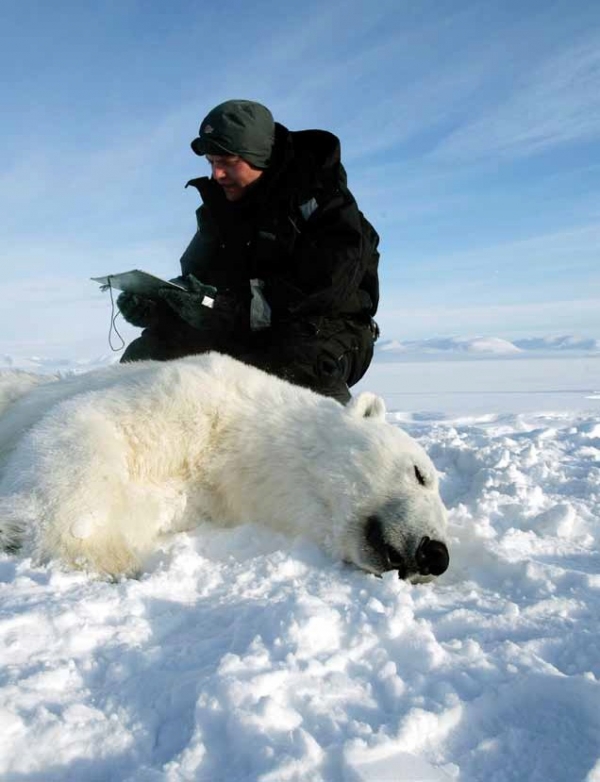 Humanity’s demands exceed our planet’s capacity to sustain us by 50%. So we need the equivalent of 1.5 planets to provide what we ask for. The Living Planet Report, launched by WWF this week, provides a sobering wake-up call to the reality that human activity is exceedingly impacting negatively on our planet.

This list of evidence is the world’s leading, science-based analysis on the health of our only planet. In a world first, LPR 2012 was launched from space – by astronaut André Kuipers in the International Space Station, in collaboration with the European Space Agency.

The Ecological Footprint is an indicator of human pressure on nature. It refers to a measure of how much biologically productive land and water an individual, population or activity requires to produce all the resources it consumes, and to absorb the waste it generates, using prevailing technology and resource management practices – and then compares this to bio-capacity, nature’s ability to meet this demand. 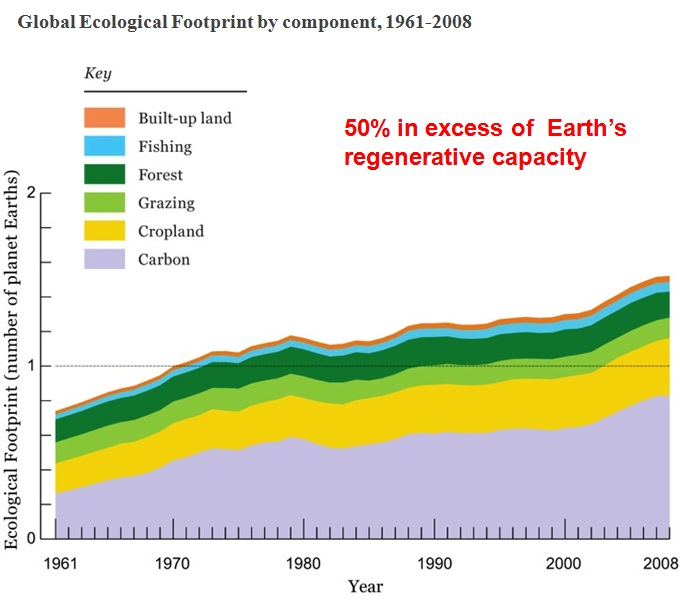 During the 1970s, humanity as a whole passed the point at which the annual Ecological Footprint matched the Earth’s annual bio-capacity. This situation is called “ecological overshoot”, and has continued since then.

An overshoot of 50% means it would take 1.5 years for the Earth to regenerate the renewable resources that people used in 2007 and absorb CO2 waste.

The current overshoot is largely due to carbon emissions, which have increased by over 30% since the first Living Planet Report in 1998. It now accounts for over half of humanity’s Ecological Footprint. CO2 and other greenhouse gas emissions from human activities are far higher than what the ecosystems can absorb.

All humans are not equally responsible

South Africa has an ecological footprint of 2.59 per person per hectare, of which the biggest component is due to our large carbon footprint.

In Africa the average ecological footprint per person is 1.45. Although the average per person’s footprint in Africa decreased by 0.07 gha (global hectares) per person between 1961 and 2008, rapid population growth led to a much larger overall footprint, over triple the value of 1961.

The Living Planet index shows that declines in biodiversity are greatest in low-income countries. While everyone depends ultimately on the biodiversity that provides ecosystem services and natural assets, the impact of environmental degradation is felt most directly by the world’s poorest people, particularly by rural populations, and forest and coastal communities. 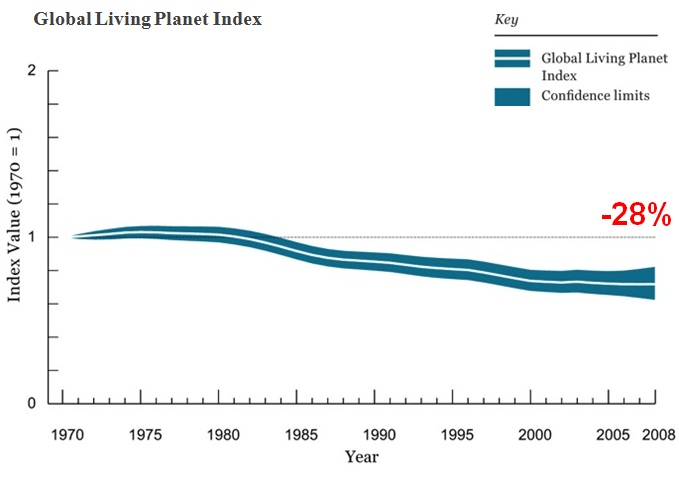 Without access to land, clean water, adequate food, fuel and materials; vulnerable people cannot break out of the poverty trap and prosper.

One of the other important trends that has emerged in this report, is the huge scramble for land and competing claims as well as commercial pressures on land in Africa. Recent research shows that deals reported as approved or under negotiation worldwide amounted to a total of 203 million hectares of which 134 million hectares of this total are located in Africa.

The best agricultural land is often targeted for this acquisition. The rural poor are frequently being disposed of land and water resources they have held under customary tenure.

Wealthy nations also continue to depend on resources from other countries, contributing to an alarming rate of biodiversity loss in low-income, often still high-biodiversity countries. So poor people in resource-rich places also suffer.

A new analysis of consumption trends in BRIICS (Brazil, Russia, India, Indonesia, China and South Africa) countries as well as in different income and development groups, together with population and urbanization trends, underline the worrying potential for humanity’s footprint to increase even more in the future.

Rising consumption in high-income groups around the world and BRIICS countries, combined with growing population numbers, provide warning signs of the potential for even larger footprints in future. The human population is forecast to reach 7.8-10.9 billion people by 2050, with a medium estimate of just over 9.3 billion.

The rapid economic growth of the BRIICS group has increased their per capita footprint by 65 per cent since 1961. These countries are expanding more rapidly than high-income countries and face increased sustainability challenges.

High population growth in the BRIICS group along with increasing average consumption per person is contributing to an economic transformation. As a result, the BRIICS economies are expanding more rapidly than those of high-income countries. This growth will bring important social benefits to these countries. The challenge, however, is to do this sustainably. 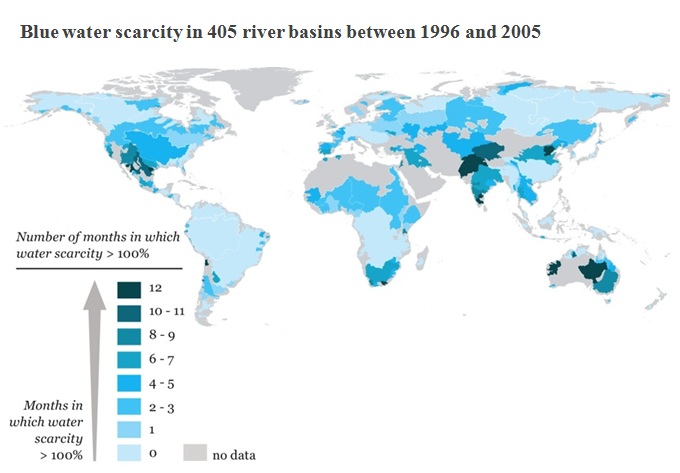 Further population increases and a rise in consumption have the potential to further increase the global footprint. Citizens in lower-income BRIICS countries have a far larger proportion of their footprint associated with direct expenditure on food than they do in other categories. In Brazil, India and Indonesia food accounts for more than 50 per cent of the total household footprint. The remaining proportion is split almost among goods, transportation and housing.

As the BRIICS nations become wealthier, and the average Ecological Footprint increases, consumption patterns increasingly mirror high-income countries. South Africa and China, for example, are moving toward a more equal split between each of the consumption categories, indicative of industrialisation and increased income.

What can be done?

Solutions exist, but depend upon better choices: “The world has unlimited expectations, but limited resources”

There are solutions for living within the means of one planet, called the One Planet solutions by WWF. In order to reverse the declining Living Planet Index, bring the Ecological Footprint down to within planetary limits, avoid dangerous climate change and achieve sustainable development, a fundamental reality must be embedded as the basis of economies, business models and lifestyles: The Earth’s natural capital – biodiversity, ecosystems and ecosystem services – is limited.

Making better choices will be critical to the future of life on Earth.