A recent research report by the National Institute of Environmental Health Sciences (NIEHS) revealsÂ  that exposure to disinfection by-products (DPB) such as chlorine found in swimming pools, is a possible cause of bladder cancer.

Most regular swimmers know that a high chlorine content in swimming pools causes skin and eye irritation.Â  But the health risks posed by swimming pool chlorine are potentially more dangerous than rashes and red eyes. According to the NIEHS report published in September 2010,chlorine is also linked to chronic breathing problems, cancer, birth defects and erosion of tooth enamel.

The research (insert link) further indicates expectant mothers can expose themselves to a higher risk of birth defects by drinking the water, swimming in chlorinated water, taking a bath or shower, or even by standing close to a boiling kettle. Normal tap water contains surprising amounts of chlorine. According to Dr Lance Wallace of the US EnvironmentalÂ  Protection Agency, ‘showering is suspected to be the primary cause of elevated levels of chloroform in nearly every home because of chlorine in the water.

Children are particularly at risk

Chlorine in tap water also has a very negative cosmetic effect, robbing our skin and hair of moisture and elasticity, resulting in a less vibrant and youthful appearance. Anyone who has ever swum in a chlorinated pool can relate to the harsh effects chlorine has on the skin and hair. ‘Whats frightening is that our tap water commonly contains higher levels of chlorine than are recommended as safe for swimming pools! he says.

Children are five times more likely to develop asthma if they swim in chlorinated pool water one hour per day for a total of 500 hours, according to researchers at the Catholic University in Belgium. Chlorine gas was first used as a chemical weapon at Ypres, France, in 1915. It is an irritant that causes acute damage in the upper and lower respiratory tract. Irritant gases and aerosols contaminating the air around indoor swimming pools can affect the lung epithelium and increase asthma risk in children.

Salt water is chlorine water too

Would it make more sense to replace chlorine with salt water in your pool? It turns out a saltwater pool is not chlorine-free; it simply uses a chlorine generator instead of direct addition of chlorine. Electrolysis of salt is done with salt chlorinators, and produces a chlorine gas. In the swimming pool the gas combines with water to form sodium hypochlorite, which is basically liquid chlorine or bleach. Many areas worldwide are now banning salt chlorinator systems because of the harmful effects of salt on local waterways and wetlands.

Oxygen to the rescue

There are a few lesser known alternatives to using chlorine in your pool. One of them is a system created by company called E-clear, who have been active in the water sanitation industry for over 20 years. E-clear recently discovered a way to keep your swimming pool water clean without the use of chlorine or salt.

E-clear makes use of oxygenator technology which generates from the waterÂ  fourpowerful natural disinfecting oxidizers: hydroxyl (OH), atomic oxygen (O1), hydrogen peroxide (H2O2) and molecular oxygen (O2). Combined with the oxygenator technology is copper ionization. Copper levels are kept low and used to guard against algae. The power of E-clear’s product lies in the fact that your swimming pool water now contains a lot more oxygen, which will make viruses, bacteria, yeast, fungi and protozoa inactive.

This systemÂ  purifies the water to the extent that it becomes ‘fit to drink. That means plants benefit greatly fromthe backwash water from the pool and the garden can be watered without harming the environment. This can save a lot of precious water and our environment from the toxic water that is pumped out of chlorine or salt water pools. Also, your dogs can drink from the pool without developing stomach ulcers or cancer. We are excited to find this deco friendly, chemical-free method of keeping our pool clean and then it’sÂ  even easier to maintain than a normal chlorine-based system!

NowÂ  you can safely open your eyes under water and it won’t be red after swimming. The new abundance of oxygen in the pool has proven therapeutic benefits. Oxygen is used to treat many skin disorders and is a well-known body detoxifier.E-clear makes the water pure, almost like mineral water that you would find at a natural spring.Â  So far, this technology has been utilized by sport science institutes, hotels, schools and home owners from around the world. Locally, The Sport Science Institutes of The Stellenbosch University and of The University of Cape Town swear by this system.

Can we convert our pools?

It is not difficult to convert your pool to this system, the oxygenator systems are easy to install and are fitted foryour pump and filter on the return line into the pool. If you’re building a new pool, all the processes are the same except after installing your pump, you have to install the E-clear system. You won’t ever need chlorine or salt in your pool again.

If you would like to learn more about E-clear or get a quote to convert your pool, click on the banner below. 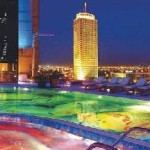 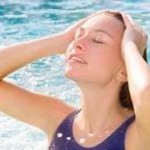 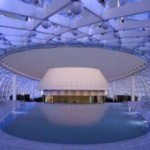 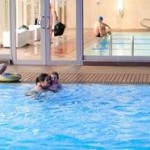