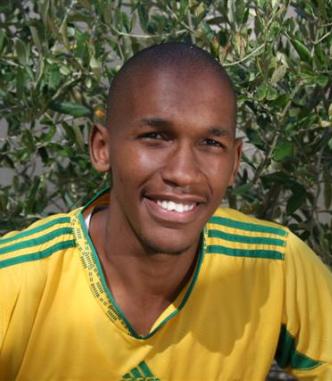 The discussion around the future of Eskom has reached a new high with the parastatal reporting on its dire situation culminating in a R225bn shortfall. Many articles published in the past week laid out arguments as to what Eskom should do next. As a young South African I believe someone should share a youth perspective on this subject.

It is interesting to read that many of the commentators did not see the capacity of Eskom to deliver on multiple projects as an issue. One must understand that Eskom has a colossal mandate. Eskom alone needs to produce (or generate) electricity by building new power stations, of which the two most-mentioned are Medupi and Kusile. But there are other power stations that need to be completed, including, Ingula and Sere. Beyond construction, Eskom needs to transmit (or send) the electricity from the point of generation to the point of demand and Eskom needs to distribute the electricity to homes, workplaces and industries.

As we all know, flexibility is key if you live in a world filled with uncertainty. One thing we are certain about is that large power stations do not accommodate fluctuations in demand well. To add to the incompatibility of such projects with our current state of affairs, large power stations take time to build and complete. Medupi has been marred with project extensions and delays that resulted in budgetary over runs; open cycle gas turbine plants that serve as our ‘peak’ suppliers are costly to run – this all culminate to increased costs. Consumers, like you and I, will bear the brunt of this.

A lot on the line for Eskom

There is a lot on the line for Eskom. Other than the problems concerning generation, Eskom needs to deal with an ailing transmission network (grid). It needs to maintain and expand the grid for a number of reasons. One such reason is to enable South Africa to reach its universal access to energy target, and secondly, Eskom needs to upgrade the grid to allow new energy generation sources to facilitate the emergence of a ‘prosumer’ (producer-consumer) movement, which is accompanied by technology advancements such as smart metering, and so forth.

The inability of Eskom to maintain the grid network has immediate impacts other than rolling blackouts. Some projects under the Renewable Energy Independent Power Producer Procurement Programme (REIPPPP) that have been completed are unable to feed into the grid. Until such time when the projects can have access to the grid, they remain unproductive.

The implication of the idle projects extends beyond the issue of connectivity; South Africa now faces the prospect of not meeting its mitigation targets as the Department of Environmental Affairs’ Renewable Energy Flagship Programme is hampered in meeting its potential. This will undoubtedly hinder the growth of this nascent vibrant industry. Maybe Eskom needs to consolidate and focus on the facilitation of new energy producers in the technical sense, while ensuring that the country’s 359 337km asset is well taken care of.

In all honesty, this all feels like the country is playing catch up. Our electricity sector needs to meet demand that is nowhere close to being understood because of distortions such as suppressed demand. Other distortions such as unrealistic projections of future demand and very ambitious economic growth targets make the planning process hazy. Our country is embarking on further large scale projects which are characterised by delays upon delays.

South Africa is in dire need to meeting its electricity needs. We cannot afford to wait for electricity that will take five to ten years time to generate.

To put this into perspective, Medupi has been under construction for the past seven years. In 2007 – I was 17 years old then. Eskom stated that Medupi was to be commissioned in 2012.

With the delays, Eskom is now stating that Medupi will feed into the grid in December 2014 , by then I will be 24. A lot has changed since 2007/8 – we have the ability to supply electricity as and when it is needed – distributed power generation is paramount to addressing the current electricity situation.

Why don’t they just adapt?

It baffles me, as to why Eskom does not adapt its operations to better suit the world we live in today. The sector needs leadership from the Department of Energy (DoE); national government needs to create a vision that we can agree to.

For those of us who are only starting to participate actively in the economy of South Africa, the idea of inflexibility poses an obstacle. Young people who are starting businesses are not limited by the historical ideologies around how to be productive and to participate. Young people take uncertainty in their stride, from making a living and social media to playing video games as their occupation.

Our lives are like a big canvas that is slowly taking shape, the only thing we have at this moment, are the colours to paint the picture with. In this context, South Africa does not only have dirty coal as a colour of choice although it is so plentiful, South Africa also has solar and wind and an ever-growing biogas resource.

By Happy Khambule (pictured), Policy & Research Officer at Project 90 by 2030