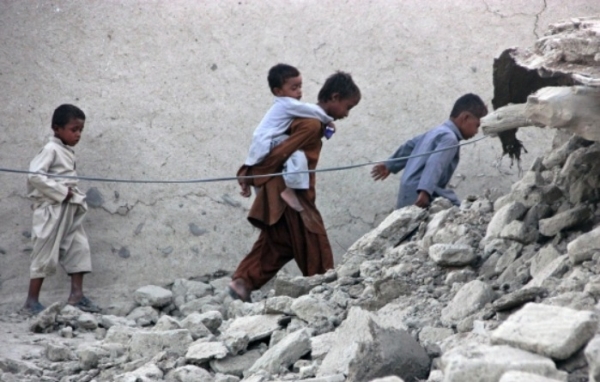 The death toll from a powerful earthquake in southwestern Pakistan rose to 348 people on Wednesday, local officials said.

“Two-hundred-and-eighty-five bodies have so far been recovered in the Awaran district,” Abdul Rasheed Gogazai, the deputy commissioner of Awaran, the worst affected area, told Reuters.

“And 42 bodies were found in the neighbouring Kech district,” he added.

Tuesday’s earthquake of magnitude 7.7 struck Baluchistan, a huge earthquake-prone province of deserts and rugged mountains, and was felt across South Asia.

Pakistan’s army airlifted hundreds of soldiers to help with the aftermath of the worst earthquake in the South Asian country since 2005, when about 75,000 people were killed in the north of the country. 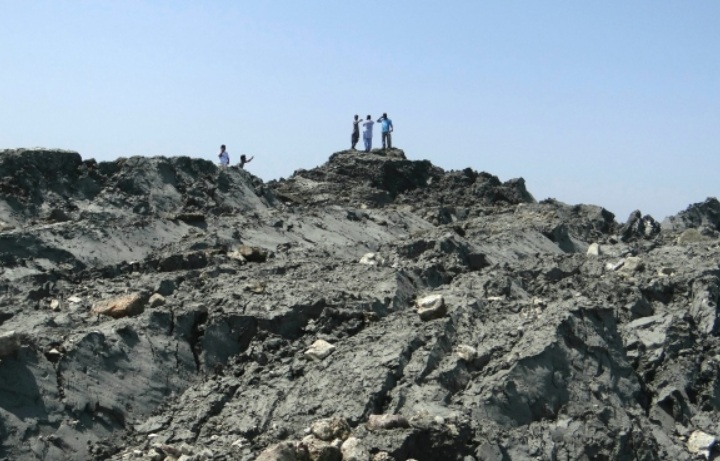 Island surfaces from the sea

The earth moved with enough force to create a small island visible off the southern coast after the huge tremor, said Pakistani officials.

The magnitude 7.7 quake struck in the remote district of Awaran in Pakistan’s Baluchistan province on Tuesday afternoon. Such a quake is considered major, capable of widespread and heavy damage.

It was felt as far away as New Delhi, the Indian capital, some 1,200 kilometres away, but no damage or injuries were immediately reported there.

“We need more tents, more medicine and more food,” said a spokesman for the provincial government, Jan Mohammad Bulaidi. He described a horrific scene of people who lost limbs in the quake and who will need to be sent to hospitals in major cities of Quetta, the capital of Baluchistan province, and Karachi along the Arabian Sea.

The quake flattened wide swathes of Awaran, the district where it was centred. Most of the victims were killed when their houses collapsed.

Pakistani officials were investigating a small island that appeared off the coast of Pakistan after the quake, apparently the result of earth and mud pushed to the surface by the quake. A hydrographer with the navy, Muhammed Arshad, said the sea is only about six to seven metres deep in the area where the land mass appeared. 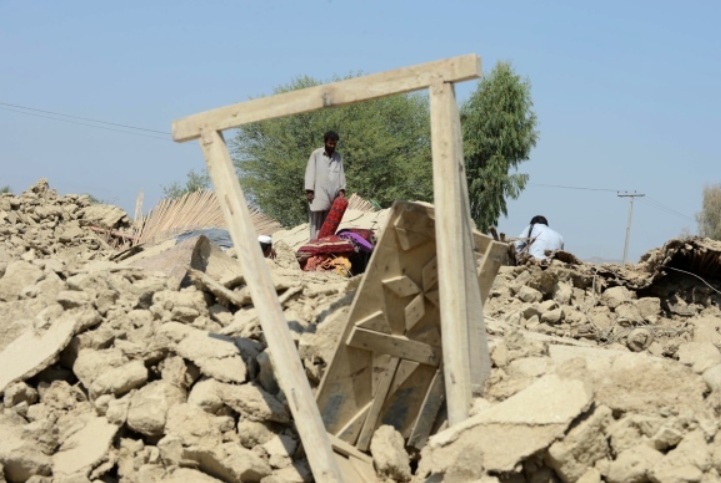 The head of the Geological Survey of Pakistan confirmed that the mass was created by the quake and said scientists were trying to determine how it happened. Zahid Rafi said such masses are sometimes created by the movement of gases locked in the earth under the sea, pushing mud and earth up to the surface in something akin to a mud volcano.

“When such a strong earthquake builds pressure, there is the likelihood of such islands emerging,” he said. “That big shock beneath the earth causes a lot of disturbance.” 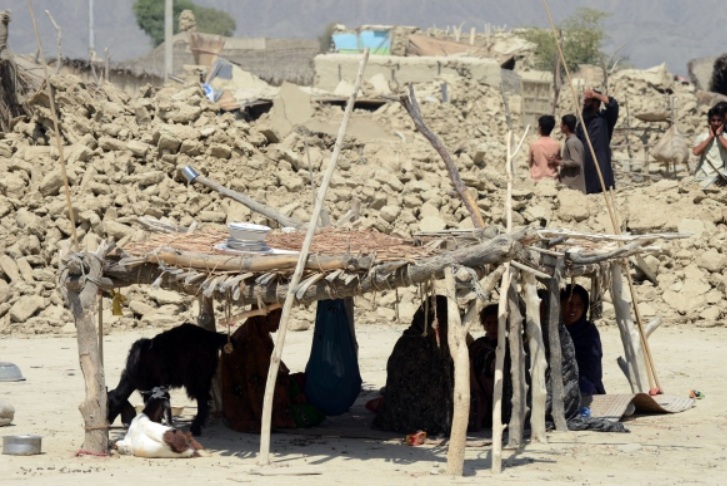 To get a better idea of what the island is made of and how permanent it is, scientists will have get samples of the material to see if it’s mostly soft mud or rocks and harder material. He said these types of islands can remain for a long time or eventually subside back into the ocean, depending on their makeup.

“There are stones and mud,” he said, warning residents not to try to visit the island. “Gasses are still emitting.”