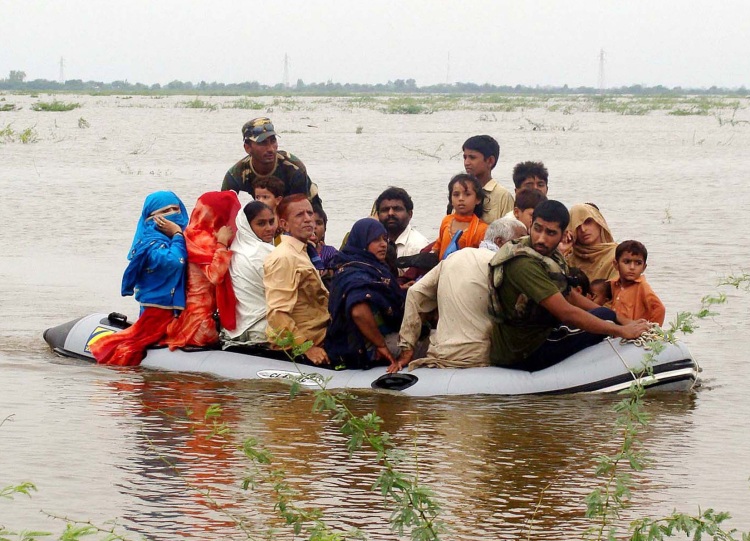 Addressing a conference on climate change organised by the Habib University, experts said water availability, food security and human healthcare were most likely to be negatively affected by climate change, ie, erratic weather patterns, changing rainfall trends and extreme weather events including floods which have been plaguing the countryside for the past few years.

Experts also said that beside Pakistan, other developing countries, several of them in the Asia Pacific region, are also likely to face the brunt of the environmental, social and economic impacts of climate change.

These raise major challenges for current and future decision-making and have multifaceted impact on the economy, agriculture, water resources and urban management.

Experts estimate the country incurs financial losses of $5.2 billion annually as a result of environmental degradation.

The speakers added that Pakistan had witnessed devastating floods and droughts. The seesaw weather patterns are a new phenomenon but the term ‘climate change’ was neither widely recognised nor completely understood in the country. In fact, global warming and climate change is still seen as a global issue and policy makers and stakeholders in Pakistan have been unable to root it in the indigenous context.

This hampers discussions and consensus building on the subject and exacerbates the problem.

Dr Bruce A McCarl, Regents Professor, Department of Agricultural Economics, Texas A&M University, while delivering the presentation, “Climate Change and Decision Making: An Economic and Agricultural Perspective” said as a result of climate change, there had been increases in rainfall intensity and dry periods between events and Pakistan suffered more than any place in the world.

“Due to the impacts of the climate change, crop yield will reduce drastically by 2030 in many regions of the world,” he said.

He added that the number of the warmest years was increasing, which in turn accelerated evaporation from the ocean, increasing the annual rainfall.

“But Pakistan has seen a decline in recent years,” he said.

Dr Muhammad Mohsin Iqbal, Head of Agriculture Section at Global Change Impact Studies Center, Islamabad Pakistan in his address ‘Climate Change: Vulnerability of Pakistan and Impacts on Agriculture,’ said the growing season length of wheat and rice in Pakistan will be reduced as a result of climate change with negative effects on yield.

He said the reduction was greatest in the semi-arid areas and rice seemed to be more sensitive to climate changes than wheat, as evidenced by greater yield reduction of rice under the same scenarios.

“Both irrigated and rain-fed agriculture were vulnerable to climate extreme events. In 1949-50, the agriculture sector was contributing 53 percent in the country’s GDP, which dropped to 31 percent during 1980-81, and during 2012-13 it has dropped drastically to only 21.4 percent.”