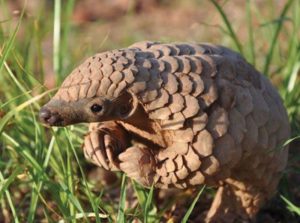 South Africa and neighbouring states must act urgently to save what is already the world’s most smuggled mammal. The conservation NGO WildAid estimates that 100 000 pangolins are taken from the wild each year in Africa and Asia. Scales from more than a million pangolins have been traded globally in the past decade, with seizures by law enforcement surging from 21 kg in 2011 to more than 68 000 kg in 2019.

The decline in Asian pangolins has now seen organised criminal networks turning their attention to African species and creating a lucrative market. The illegal trade has steadily moved south with gangs using South Africa to export animal products from across Africa, aided by good transport infrastructure and border controls eroded by corruption.

The poaching and trade in the scaly mammal is an economic and security threat. Profits from the illicit trade help finance terrorism while smugglers are linked to criminal syndicates who also traffic people, guns and drugs says Richard Chelin, a Researcher at the ENACT organised crime programme at the Institute for Security Studies (ISS). ENACT is funded by the European Union (EU) and implemented by the ISS, INTERPOL and the Global Initiative Against Transnational Organised Crime.

Strategies to combat illegal wildlife trafficking focus on iconic species such as rhino and elephant at the expense of lesser-known animals, Chelin said. The illicit harvest and trafficking of pangolins is not the prime focus of any specific South African government plan.

Governments’ reactive response to the near-extinction of rhino shows the risk of not acting urgently on wildlife policy and law enforcement coordinated with other African states. 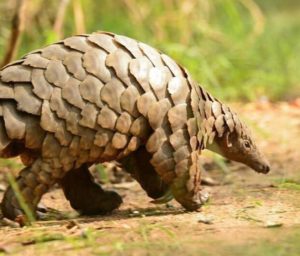 ‘We have to act now,’ says Chelin. ‘It is vital that we understand and prevent the illicit trade in pangolins before it is too late. The threat to the rhino shows that early interventions are better than reactive measures at the height of a crisis.’

The threat to species like pangolin signals a wider collapse in biodiversity that undermines tourism and threatens social and economic development, says Chelin.

Pangolins, also known as scaly anteaters, are mostly nocturnal and seldom seen in the wild. They are revered in traditional African culture and regarded as ‘ghost animals’ because they are secretive, solitary and silent.

In parts of Asia pangolin meat is consumed as a symbol of wealth, and the scales and blood are used in traditional medicine.

Southern Africa is the last region with a reasonably healthy pangolin population. But the local species of Temminck’s ground pangolin is now extremely vulnerable. Failure to take decisive and coordinated action could see it become extinct in the wild in two decades. 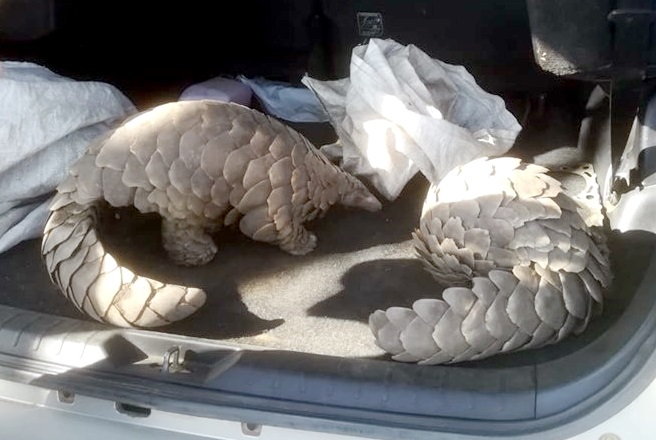 Provincial legislation, such as the Gauteng Nature Conservation Ordinance of 1983, is outdated and not aligned with the National Environmental Management Biodiversity Act (NEMBA).

‘A small fine or a few days in jail is not a deterrent for organised criminals in a high-value industry,’ says Fanie Masango, a specialised biodiversity officer and environmental management inspector working for Gauteng’s Green Scorpions. ‘The poachers are laughing at us.’ 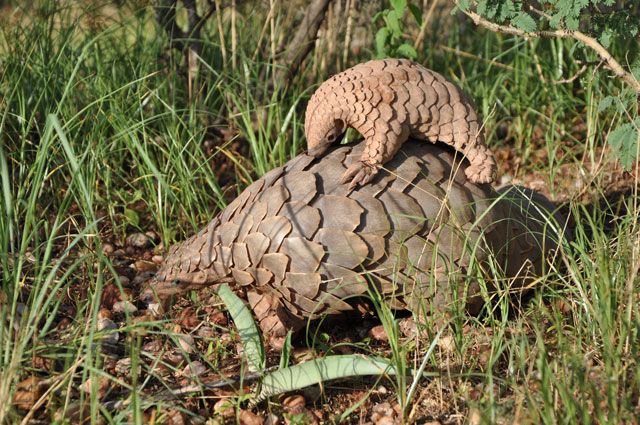 He says prosecutors, judges and magistrates need educating on the severity of wildlife crime and its impact, and should be encouraged to impose hefty sentences. Masango also called for better coordination between crime intelligence, police, the Hawks and conservation officers, with standard operating procedures to ensure they share intelligence and work together.

Global agreements to combat the illegal trade in pangolins and other wildlife include the Convention on International Trade in Endangered Species (CITES), the UN Convention against Corruption and the UN Convention against Transnational Organized Crime. The African Union and the Southern African Development Community have strategies to combat illegal wildlife trade, but implementation lacks funding and is not coordinated across borders.

In South Africa, wildlife crime is shifting from an environmental issue to a national security and economic concern. But the National Integrated Strategy to Combat Wildlife Trafficking (NISCWT) prioritises iconic species like rhino, elephant and abalone at the expense of less known species like pangolin. 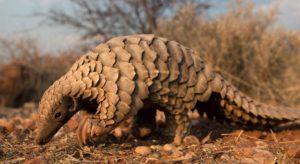 A pangolin-specific conservation strategy is urgently needed – similar to the Integrated Strategic Management Approach of Rhinoceros. Chelin recommends a biodiversity management plan for protection of pangolins, similar to those in place for Black Rhino and the Albany Cycad.

He called on government to approve and fund the implementation of the NISCWT and to promote pangolin awareness through media and education campaigns. Police, investigators, prosecutors and judges need training to deal effectively with wildlife crime. Government should partner with the public, researchers, business and civil society to protect its natural resources, Chelin said.

Prof Ray Jansen, founder and chair of the African Pangolin Working Group says the pangolin is at risk of extinction in 20 years at the current rate of poaching and trade. He proposes a ‘chiefs and children’ strategy that would see government and conservationists working with traditional leaders to protect pangolins, and with schools to raise awareness of the value of wildlife to future generations.