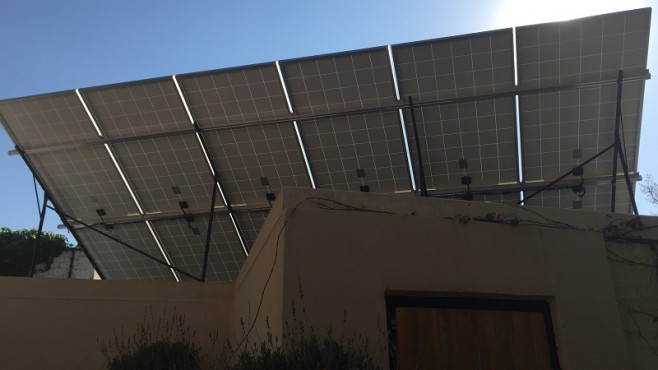 The Johannesburg suburb of Parkhurst is nothing if not a technology trend setter. Last year, the local residents’ association took the decision not to wait for Telkom to come and lay fibre in the area, and put together its own tender for a private company to come in and cable homes up.

In a striking example of grassroots democracy in action, residents voted with their wallets and their custom: they decided how much they were willing to pay, and found a company prepared to supply superfast broadband on that basis.

It’s really not an overstatement to say that this was a watershed moment in South African telecoms; the number of suburbs following suit is rising almost daily and fibre to the home (FTTH) is a reality in many middle class boroughs already. Nimble networking companies, whose previous business model had been based on large corporate sales, are now outflanking the established telcos who are struggling to keep up.

There’s nothing not to like about Parkhurst’s planning and execution of its FTTH strategy. Pundits have been predicting its disruptive, community-based approach to utility provision since the dawn of the internet, which encourages decentralised thinking and local organisations.

Now things have been taken up a notch.

Shortly after connecting its residents to some of the best broadband in the country, the Parkhurst Residents and Business Owners Association (PRBOA) decided that it could go further, and turn the area a model suburb for self-sufficiency and green living. It boldly proclaimed that it wanted to divest itself not just of ties to Telkom, but to Eskom too. In February, it told reporters that it had a five-year-plan to take 2 000 homes completely off-grid.

The project is being headed up by local resident Ryan Beech. The managing director of Joburg-based Accessential, in his day job he provides robotics and engineering solutions for the mining, construction and pipeline industries, as well as emergency services. He’s also taken the lead by being one of the first in the area to take his home off-grid.

“It is about changing the way you live,” Beech explains, “It’s not just solar panels. It’s installing the right insulation, making use of wood-pellet stoves, changing to energy-saving light bulbs or using anything that is more efficient than Eskom.”

Just as with the FTTH project, Beech and PRBOA have canvassed residents and provided information about what’s currently available on the market, then taken that information to suppliers. They’ve met with 40 solar panel suppliers in Johannesburg to negotiate discounts based on volume purchases for those interested in joining the scheme, and eventually settled on two suppliers, Dako Power and Tasol.

How much will it cost?

In terms of the Tasol agreement, residents who decide to sign up will receive a 7% discount off the retail price of a full photovoltaic electricity generation and storage system, and the same on separate installations of solar geysers or gas-fired central heating.

Setting aside hot water and the heating and cooking options, here’s what’s on offer for general household electrics.

For example, a system with 9.6 kilowatt-hour (kWh) storage for staying up during loadshedding will set a resident back just over R52 000 (plus VAT).

When compared to electric car giant Tesla’s Powerwall, which might be coming to South Africa at some stage, it’s a more attractive option.

Since the Powerwall hasn’t been officially announced for South Africa, no local pricing is available, but in the United States a 7kWh unit will retail for about R36 000, while a 10kWh unit will be about R42 000.

At first glance it seems as though the Powerwall is a lot cheaper than Tasol’s solar offering, but you have to remember that for R42 000, you only get the Powerwall – and nothing else. And that’s the price in the US, so it doesn’t take into account the import costs and other taxes that will be levied before it goes on sale. So the basic Tasol system looks like it would cost a little less than an imported Powerwall. 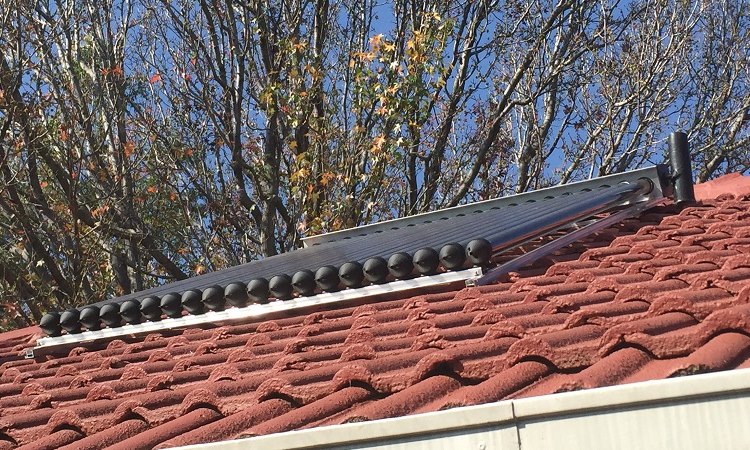 Things get more interesting when you start factoring in panels, however. The same system with eight 200W solar panels producing about 7.7kWh a day will cost just R76 025.38 plus VAT. The top end R120 292 (ex VAT) system will get residents 14 solar panels and eight batteries.

The second set of agreements, with Dako Solar, are even more interesting. For just under R14 000 (ex VAT), residents can get an entry-level 250 watt PV panel, two 100Ah batteries and a 1 600 watt inverter. That’s about 1.6kWh of kit which Dako Solar says that this should be enough to run eight 5W LED lamps, a television with a DStv decoder and a laptop during loadshedding.

R23 655 (ex VAT) gets exactly twice the amount of kit for supplementing grid power. It’s also worth noting that Dako quotes storage capacity in the more common ampere hours – the length of time a current of one amp can be delivered – rather than kilowatt-hours.

If you’re prepared to spend more, Dako is providing a completely off-grid option capable of producing 8.1kWh a day from six 250W panels with 1 000aH of storage for just R41 846 (ex VAT). That’s probably the most enticing kit of the lot for us. Although just over R100 000 will net you two 4 000W inverters, 12 200Ah batteries, and 12 250W panels capable of producing 16.2kWh per day – with a maximum power output of 10kVa – plenty for running high energy appliances for a short period of time.

This is probably the set up you’re looking for if you want to go off Eskom’s grid. Dako Solar states that this is enough to run a small office, a server room or house lighting, a television with DStv, a fridge, microwave and even air-con.

While R100 000 sounds like a lot to fork out for solar power, when you compare the price for this set-up spread out over a 25-year lifespan, with that of Eskom’s residential tariffs, it starts to make more sense.

Earlier this year we compared the cost of setting up a solar solution that that of Eskom’s rising prices, and found that even with non-discounted off-grid power, we’re pretty much at price parity now, and Eskom has already applied to have its residential electricity prices increased by a further 12.69% for the 2015/2016 billing period solar is better value for money.

The Parkhurst prices include fitting and labour, too.

“We have only started with our five-year plan, but already we have been contacted by five other suburbs who want in with us. We have had some really good feedback and a lot of interest,” Beech explains.

To some, R100 000 might be a lot of money to fork over for some solar panels, but not only did PRBOA manage to get discounted rates from PV suppliers, it has also been in talks with the major banks in getting the equipment financed. That’s the real game changer here. If banks can be persuaded to finance over a long period, you could be paying less for a solar installation now than you are for Eskom’s services on a monthly basis. And you’re paying for an asset at the same as getting electricity.

Those talks are still in the early stages and Beech mentioned that they are due to meet with other financial institutions next week.

PROBA isn’t just content with installing solar panels on as many roofs as possible – it’s tackling every day activities as well; the plan is to make it easier for electric bicycles and cars to get around, by installing charging points all across the neighbourhood.

Nissan and BWM recently signed a Memorandum of Understanding in which they detailed their plans to work together in order to design and build electric car charging stations across South Africa – and Parkhurst is in on those talks.

Beech explained that Parkhurst will receive four of the first charging points specifically for BMW vehicles, but more could be added at a later stage.

“The initiative by the Residents’ Association is not just about transport or electricity usage, but also about food. We will teach people how to grow their own food and how to recycle water. With that, comes the use of bio-gasses and bio-fuels.”

Beech is keen to highlight that while the initial outlay seems steep, the long term benefits justify the cost in the long run.

“There is definitely a perception that it is a very expensive venture, but if you break it down over time, it is actually a lot more affordable than Eskom,” he said.

“Every suburb should go this way, and in the long run it works out a lot cheaper than being on Eskom. Eskom’s prices are climbing every year, but with a small investment you will quick start to notice the savings in energy costs.”